Viktor Orban′s dangerous export of ideologies | Europe | News and current affairs from around the continent | DW | 03.02.2020 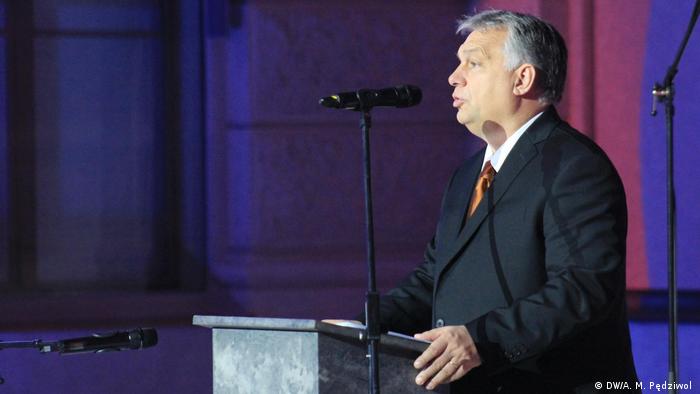 Hungarian strongman Orban, seen here addressing the Visegrad group in Prague in 2019, has managed to carve out influence among ethnic Hungarians abroad

Presumably, not that many Romanians had ever heard of Ditrau until a few days ago. Apart from its mighty neo-Gothic Sacred Heart of Jesus church, it is an inconspicuous village in the Szeklerland, a region in southeastern Transylvania in Romania, which is mainly home to members of the Hungarian minority. Suddenly, however, the small village, with its almost 5,000 citizens, has become the focus of public attention due to a case of xenophobia as sad as it is absurd.

Ditroi Pekseg, a bakery and pasta company with 60 employees, recently hired two expert bakers from Sri Lanka — faced with a lack of skilled workers due to massive migration in the area, the company simply could not find suitable workers anywhere nearby.

The arrival of the Sri Lankan bakers unleashed a wave of xenophobia in the village, however. The men were legally employed, but several hundred villagers demanded a "migrant-free Ditrau."

Xenophobic incidents are not a new phenomenon in Romania. The events in Ditrau illustrate, however, how successfully Hungarian Prime Minister Viktor Orban has been exporting his less-than-liberal ideologies to neighboring countries, creating parallel ethnic worlds in Hungarian minority communities there.

Like most villages in Romania's Szeklerland ethnographic area, Ditrau is almost exclusively inhabited by ethnic Hungarians. Apart from a smaller number of Roma in the village, only the village police officers are ethnic Romanians. The Szekler Hungarians are Catholic, extremely traditional and conservative. For the most part, Ditrau locals watch, read and listen to Hungarian media close to the state — which inevitably reflect Orban's ethno-nationalistic, chauvinistic ideologies. In terms of cultural policy, many Szekler Hungarians might as well be living in Hungary; Romania hardly matters to them. 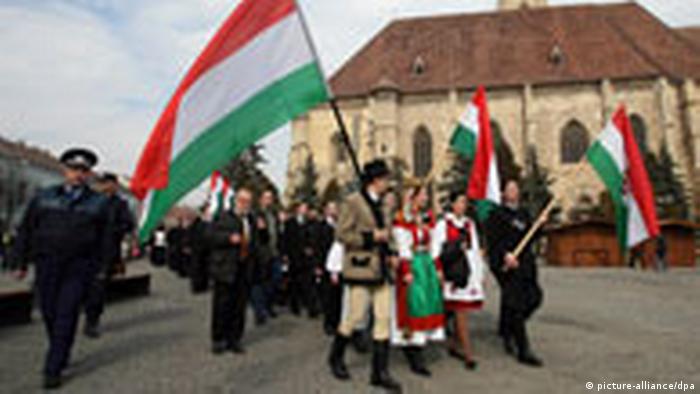 After the two Sri Lankan bakers arrived in Ditrau, an anonymous group called "Migrant-Free Ditrau" appeared on Facebook. Last week a local Catholic priest and about two hundred protesters gathered in front of the Ditrau mayor's office to demonstrate against what they called an infiltration of foreigners. The landlady who had taken in the Sri Lankan bakers received threats, and the two men were forced to leave the village.

Read more: For nationalists, NGOs are the new enemy

Hungarian media have been instrumental in contributing to the events in Ditrau, says Zoltan Sipos of the transparency watchdog group Atlatszo. "We are dealing with a flood of propaganda from the Hungarian media, which meets a rather closed society in Szeklerland," the Transylvanian-Hungarian journalist, an expert on Orban and Fidesz's influence in Romania, told DW.

Meanwhile, the Romanian-speaking public has taken a huge interest in the events in Ditrau. Commentators have condemned the events with rare severity. For the first time, Orban's export of ideology is the subject of a broad debate outside the nationalist spectrum. "Under the influence of the huge amount of money that Budapest is throwing at Romania, the UDMR has almost completely abandoned its own identity," writes Cristian Pantazi, a journalist with the G4Media portal. 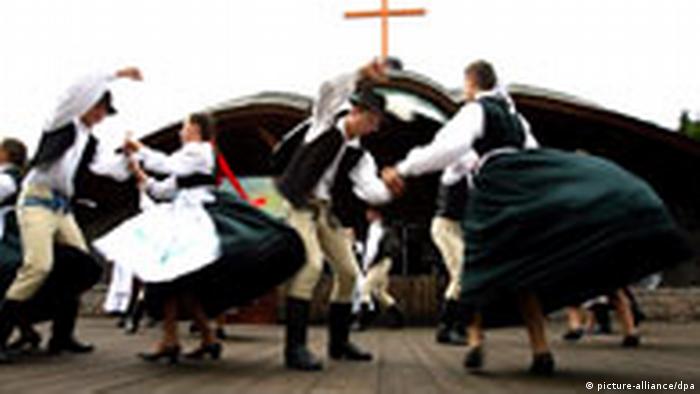 Some Romanian politicians, including former head of state Traian Basescu, are using the Ditrau incidents for nationalist attacks on the Hungarian minority. Days after the incidents, the UDMR distanced itself from the xenophobia and hate propaganda. That is hypocritical, according to Transylvanian-Hungarian publicist Arpad Kulcsar, who argues the party often enough incites attacks against Roma or Romanians.

Back in Ditrau, the situation is more complex. Some residents really are anti-foreigner, while others are concerned that the bakery uses its recruitment policy to lower wages. In the past, people say, the bakery often would not pay overtime — accusations the owners have denied. "Sometimes the locals are not as good at articulating their real problems, such as low wages or the underdevelopment of the region," Zoltan Sipos argues. "That is why they resort to the propaganda language used by the media they consume."

Millions of euros for Hungarians in Romania

Orban's support of the minorities — with tens of millions of euros annually via foundations — remains problematic, Sipos says. "It's all very non-transparent and it creates a dependency that is very damaging to the independent development of our minority," says Sipos.

The fact that Hungary supports its minorities is a good thing, "but the manner in which it does so is sometimes very dubious, for instance when economic development is apportioned on an ethnic basis," Peter Eckstein-Kovacs says. It is also absurd for a minority community to represent the government policy of another country, the lawyer says, adding that "Transylvanian-Hungarian policies must become independent again."

Hungary's right-wing leader has lashed out at critics within his own conservative European parliamentary bloc, accusing them of playing into the hands of left-wing opponents. Some members want him booted from the party. (04.03.2019)