The Democratic convention has ended with an impassioned acceptance speech from Joe Biden. The presidential candidate has been talked up as the anti-Trump. But he'll need more to win over young voters, says Carla Bleiker. 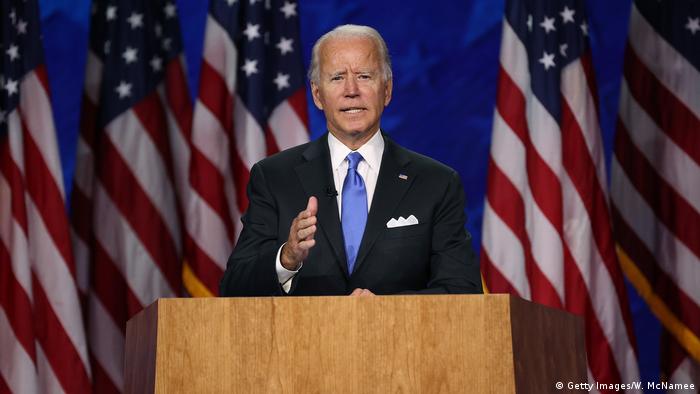 What a relief! Joe Biden's speech on Thursday night, which capped off the Democratic National Convention and had him accept his party's nomination for president, was pretty great. Biden didn't mumble his way through cringe-inducing half sentences in which the end sounded like it had nothing to do with the beginning — something audiences had to witness during some of the Democratic primary debates.

Instead, his acceptance speech was a passionate plea in which he raised his voice when speaking out against "cozying up to dictators" and choked up when he talked about his oldest son, Beau, who passed away in 2015 from brain cancer. "While he is no longer with us, Beau inspires me every day," Biden said, his voice breaking a little bit.

So, emotion in all the right places without overdoing it and cohesive sentence structure. Calling that a success would have been a joke just a couple of years ago. But Americans have seen different from this candidate — and they've seen different many, many times from their current president, Donald Trump. 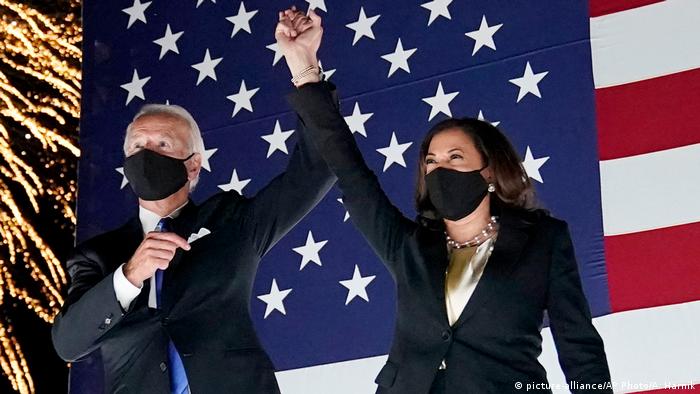 It's not enough to not be Donald Trump

The entire Democratic convention has been an exercise in highlighting the differences between Biden and Trump. Countless people used words like kindness, decency and empathy when talking about Biden, words probably not many people would use first when asked to describe Trump.

In his acceptance speech, Biden did not hold back when it came to criticizing the current president. One point the Democratic candidate made: Trump butchered the coronavirus response, and it doesn't look like there's any improvement in sight. "After all this time, the president still does not have a plan. Well, I do," Biden said before detailing the strategy he would implement "on day one" if elected, including the development of rapid tests, increased production of personal protection equipment like masks and listening to health experts.

Again and again over these last four nights, the message convention participants shared was that President Trump was incompetent, dangerous and had no empathetic bone in his body. Biden, on the other hand — so the message — has decades of experience and can connect on a personal level with grieving families, those facing unemployment or those with loved ones in the military.

But: Not being Donald Trump cannot be Biden's only selling point.

In his speech Thursday night, Biden showed that he at least partially understands how important it is to shine on his own merits and build a coalition of voters. He talked about overcoming the red-blue state divide, a theme the convention as a whole was big on, with many Republican voters explaining why they are supporting Biden and Republican ex-governor John Kasich backing Biden in a speech.

Nevertheless, it's still not clear how Biden and his running mate, Kamala Harris, plan to convince young, progressive voters in their own party to turn out and vote for them. A centrist Hillary Clinton struggled to attract the very same Democratic wing in the last election. Looking at how many progressive Democratic candidates have won congressional primaries against more established, moderate candidates this election cycle, Biden and Harris need to figure out how to win over progressive Democrats posthaste if they want to stand a chance come November.

USPS reforms: Is mail-in voting for the US election under siege?

The head of the US Postal Service, Louis DeJoy, is a major Trump donor. Could his attempts to reform the national mail service jeopardize the November presidential election?