What do Angela Merkel and Queen Elizabeth II give us that Donald Trump doesn't? The answers to that question shed light on what citizens need from leaders as we struggle to cope with COVID-19, writes DW's Melinda Crane. 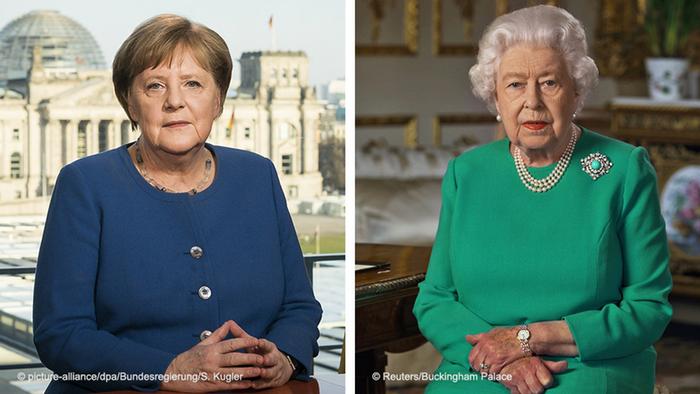 Not too long ago I received an envious message from a friend in Washington: "Angela Merkel's speech, that 60 percent of us will get the virus, made her an instant hero here." In the early days of the crisis, the chancellor addressed Germans directly — as she had never done before, apart from annual New Year's greetings — to explain how the government would protect them in the face of what she described as the gravest challenge the country had faced since the Second World War. Simply and soberly, not only in that address but in repeated podcasts and press conferences, she has delivered hard facts, explained concepts such as flattening the curve and expounded on details as mundane as handwashing and toilet-paper supply.

In her own address to the British people on Sunday night, Queen Eilzabeth's first words were an acknowledgment of the disruption, grief and financial difficulties the nation was facing. Like the chancellor, and in stark contrast to the US president, she made no false assurances nor mollifying claims as to potential remedies and exit strategies.

When citizens have the facts, they can make informed decisions about how to mitigate risks, both individually and collectively. When leaders obfuscate, deny and deceive, they turn a potentially manageable risk into an incalculable danger, sowing anxiety and passivity. 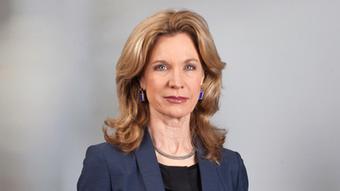 Neither the chancellor nor the queen are renowned for personal warmth and the common touch. Yet their respective addresses were all the more affecting for their tone of somber restraint. The queen recalled her first broadcast to young evacuees at the height of the Blitz as she spoke of the painful sense of separation from loved ones that many British were surely feeling. The chancellor assured her listeners that as an East German for whom freedom of movement was a hard-fought right, she is acutely aware that suspension of public life is deeply invasive. Both expressed gratitude in plain, heartfelt terms to all those putting the health of their families and themselves on the line to sustain essential services.

The two have also led by example: The queen and Prince Philip began self-isolating on March 19. At the outset of the shutdown, as panicked buyers began hoarding, Chancellor Merkel visited a local supermarket and was photographed with a modestly filled grocery cart that included exactly one package of toilet paper (and several bottles of wine). She subsequently went into quarantine after being vaccinated by a doctor who shortly thereafter tested positive. When, after three negative COVID-19 tests, she returned this week to the Chancellery, she spoke openly about how difficult those two weeks had been.

President Trump bestows praise and gratitude chiefly upon himself and — occasionally — the corporate titans he surrounds himself with at his daily briefings. He undermines senior medical advisors to their faces, scapegoats critics and flagrantly disavows hygiene practices such as use of a mask. Even as he declared a national emergency, he slapped backs and shook hands. 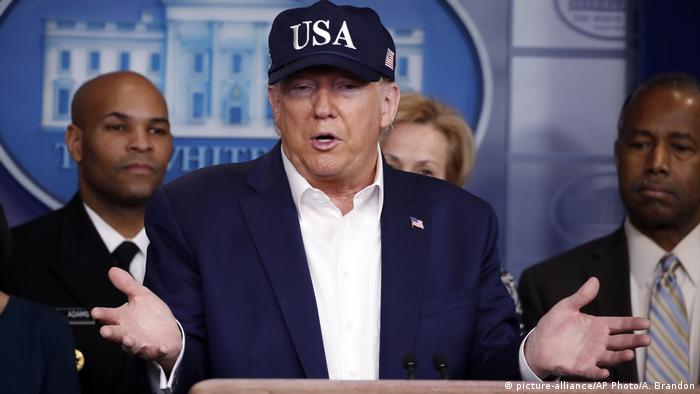 Just a difference in style? Americans take reassurance from flamboyant self-aggrandizement whereas Europeans prefer austerity? I think not. Transparency, empathy for those affected and avoidance of blame are standard crisis communication practices designed to ensure credibility and trust. When citizens are asked to submit to serious incursions upon their liberty, trust is perhaps the single strongest enabler of compliance.

What the chancellor and the queen possess and convey that the president utterly lacks is dignity. Why does dignity matter? For the same reason that facts count and empathy and example enable: Dignity is infectious, it catalyzes a response. If leaders comport themselves with discipline and communicate with respect, they empower citizens to act. That has subjective benefits for those who are uncertain and afraid, as well as objective consequences for crisis management. Whether it's flattening the curve now or rebuilding our economies later, coping with the pandemic requires all of us to act in the interest of society as a whole. If individuals follow their own self-interest, they will retard or even reverse recovery. But the common good is not always readily apparent. It takes determined guidance to elucidate the end and the means.

Fortunate are the societies that can look to such leaders at this time.

Germany's governing coalition has shot up in approval ratings amid the massive public health crisis unleashed by the COVID-19 pandemic. Support for the far-right Alternative for Germany (AfD) party has dropped. (03.04.2020)

President Donald Trump told Americans that a malaria drug would be made ''available almost immediately'' to treat COVID-19. But his top infectious disease expert said there was no evidence the medicine would help. (21.03.2020)

Russian troops withdraw from Ukrainian town of Lyman 9m ago