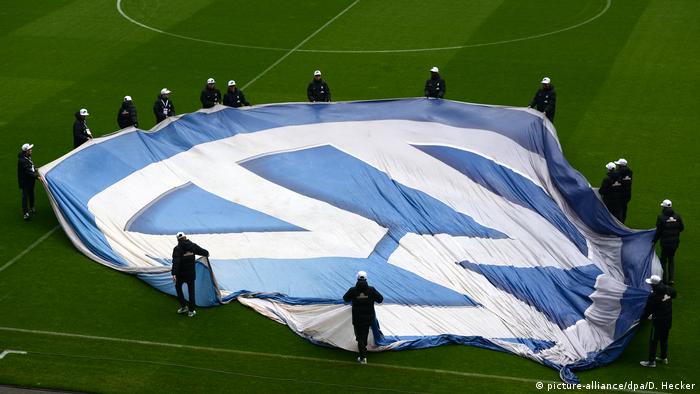 In the end, it was a question of money. After a long 45 years, the German Football Federation (DFB) will chauffeur its players with Volkswagen vehicles - no longer Mercedes. This is a resounding defeat for the Stuttgart-based luxury carmaker, as the glory of the world champions has been rubbing off on them, albeit the heavy price tag of eight million euros ($9.13 million) annually. From now on, however, it's reported to be 25 to 30 million euros. Sure enough, Mercedes had also upped its offer - but apparently it wasn't enough.

The German Football Federation needs money for costly prestige projects like a 140-million-euro football academy as well as for future costs incurred by the scandal around the awarding of the 2006 World Cup, which took place on home turf. And, believe it or not, for amateur and youth football. After all, football is by far the most popular sport in Germany.

VW is not the only one with a diesel problem

Volkswagen instead of Mercedes - except for the brand, not much will change. Both carmakers have round logos, and both have plenty of skeletons in their closets - one (Volkswagen) more than the other (Mercedes). Although that's not a given, for Mercedes is sinking deeper and deeper into the diesel quagmire. Diesel deceit? Not us! That was Daimler's message, when dieselgate began at Volkswagen. Daimlers' messages are more subdued by now, especially after Germany's federal prosecutor paid its headquarters a visit.

Granted, the judiciary might not clamp down on Daimler as hard as it did on Volkswagen. But whoever has sold cars with illegal emission levels in Europe and the US, and has been a target of the US judiciary, better get ready for tumultuous times. Asking Volkswagen how to weather this predicament can't hurt. Analysts have lowered their expectations for Daimler's stock price, which has already lost ten percent this year.

Volkswagen: yes to sponsoring, but no to compensation?

Now then: Volkswagen. The German Football Federation has taken on a company as its lead sponsor that stands for one of the biggest cases of fraud in history. No fewer than 11 million cars were manipulated with emission software. 23 billion euros are earmarked for financial penalties.  Starting next spring, an avalanche of lawsuits will remind the public of the scandal on a weekly basis. It's also worth noting that VW's in-house football club, the VfL Wolfsburg, saw the end of its days coming when VW contemplated pulling out of sponsoring sport clubs.

At least DFB officials say both VW and them needed to learn from their respective scandals, although they were not comparable: the awarding of the 2006 World Cup and dieselgate. One way to interpret this is that neither of them has a clean slate, which makes for a good fit. Das Auto. Die Mannschaft.

The decision to sponsor the prestigious German football team was hotly debated in Volkswagen's executive floor, as we are now told. VW is decorating the national team with its logo for tens of millions of euros, but it doesn't appear to be able to come up with one cent to compensate German and European clients, which would probably be the better way to win back trust. Unlike courage, money doesn't seem to be in short supply at VW.

Have something to say? Please leave a comment below. The thread closes automatically after 24 hours.