Opinion: 5 years of Pope Francis — it's a start

Much admired, but also criticized, Pope Francis has been in office for five years now. He has already formed a legacy as a "pope of the people" — and has changed the church, says Christoph Strack. 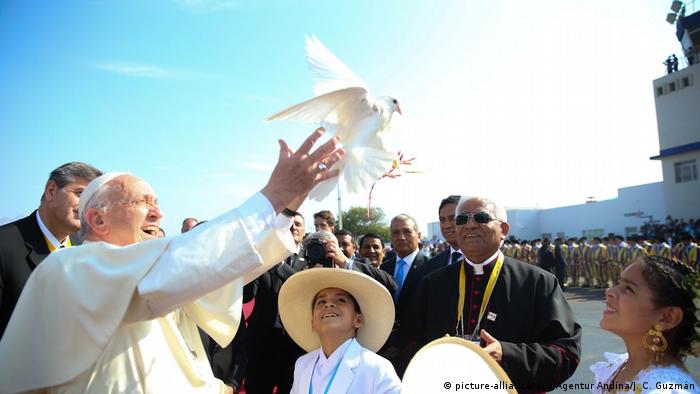 In his own words, Francis is the pope "from the end of the Earth." In his first public address as pope-elect, on the evening of March 13, 2013, he said that the conclave of cardinals had gone "almost to the other end of the Earth" to find the new Bishop of Rome.

From Buenos Aires to Rome. Few cardinals had to make a longer journey to the Vatican than this Argentine archbishop, Jorge Mario Bergoglio. It remains a hugely symbolic appointment. The Catholic Church turned its back on what had been, for hundreds of years, its European character and well-established centrism.

The otherness of Francis

Pope Francis embodies and ensures this changing of the guard. If you come from the end of the Earth, you have a different perspective on centers and centrism. If you then come to live in the center, you are more skeptical, critical, relaxed, and more self-deprecating. Other ends of the Earth are also important to the now 81-year-old pope. He has appointed cardinals from crisis regions and from Pacific islands; he demonstratively seeks the company of people at the margins of society, and he has announced a special Synod of Bishops for the Pan-Amazon region in 2019, because the church is no longer reaching people there.

A wave of enthusiasm for Francis' otherness, compared to all his modern-age predecessors, lasted for several months after he took office. Look, the pope is also just a man! Then many started to see this as mythologizing, or even narcissism. All of this, whether well-meant or not so well-meant, falls short of the point. At the heart of Francis' message is the concept of "charity," in the sense of mercy and compassion. He has taken Jesus' message out of its religious speech-bubble; he wants to see it put into practice in real life. Pope Francis touches people, especially those in the margins and those who find themselves at the end – the disabled, the old, refugees, the desperate — in a prophet-like manner. Experiencing such scenes close-up, leaves you speechless. 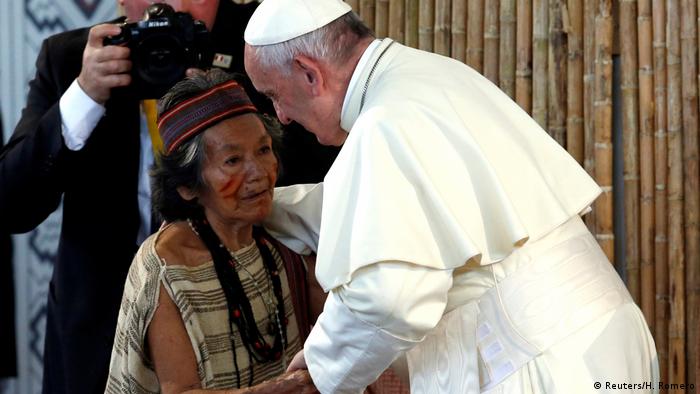 Pope Francis greets a member of a Peruvian indigenous group

No matter how many years Francis continues to lead the church, he will leave it both inspired and devastated when he goes. If it wants to be the salvation of all people, not just a small group of the righteous, it must change. The man from the end of the Earth will be its inspiration for a new beginning. In any case, there is no going back. The cardinal of the Roman Curia responsible for sacraments and liturgies is currently leading a campaign against the practice of receiving Communion in the hand; he wants to see a return to receiving the sacrament on the tongue. Compared to the way Francis goes about things, this almost seems like satire. What the pope cares about is the hunger for this sacrament, and the hungry themselves. He is not concerned with questions of formality.

It must, however, be clearly said that Francis is not a reformer who is happy just to get rid of everything of value. He is neither conservative nor liberal, neither right nor left. He tries not to let himself be pigeonholed, but to position himself at the center, the heart of faith. Once there, it is no problem for him to stand shoulder-to-shoulder with an Orthodox Jew, a Lutheran female bishop, or a Muslim.

Pope Francis is a stern admonisher of political leaders around the world. His political speeches often take the form of encouragement, but they can also be dark and dramatic. His appearances at the European Parliament and the Council of Europe in Strasbourg, before the US Congress in Washington, or the UN General Assembly in New York were dazzling examples of firm political response. Francis has repeatedly said that we are currently seeing "a kind of World War III."

There could hardly be a clearer denouncing of the suffering of millions of people in conflicts around the world or extreme social disparity. A very spiritual and political figure at the same time, Francis is driven by compassion. This is the message he has brought from the end of the Earth to the center.

Hundreds of thousands have flocked to St. Peter's Square for the inauguration ceremony. (19.03.2013)