Pope Francis has officially declared a feast day for celebrating the Virgin Mary as the "Mother of the Church." It is the latest feast day Francis has instituted to honor women in the church. 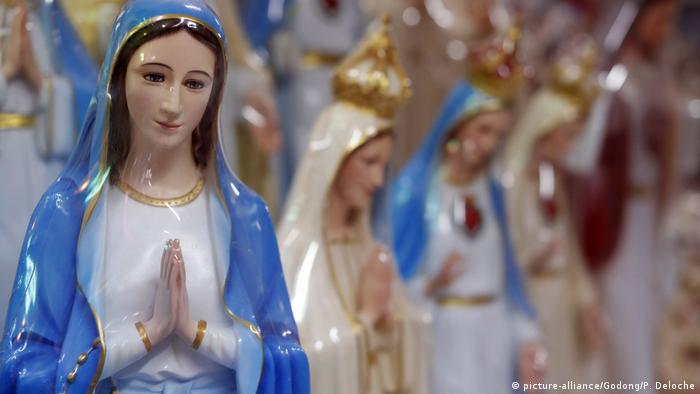 The Roman Catholic Church now has an official day to celebrate the Virgin Mary, the Vatican announced on Saturday.

Pope Francis decreed that the feast day, which designates Mary as the "Mother of the Church," would be celebrated on the Monday following Pentecost. This year, the day falls on May 21.

The decree stated that the feast day is intended to celebrate Mary not only as the mother of Jesus, but also as a fundamental figure in the church.

Francis hoped the feast day would "encourage the growth of the maternal sense of the church in the pastors, religious and faithful, as well as a growth of genuine Marian piety."

The Catholic Church already has a liturgical celebration honoring Mary as the "Mother of the Church" that began in 1975. Individual countries, dioceses and religious orders have also held Virgin Mary celebrations for longer periods of time — but Saturday's decree means the celebration will now apply to all of the Roman Catholic Church.

It's the latest official celebration that Francis has decreed to honor women involved in Jesus' life. In 2016, Francis declared the feast of St. Mary Magdalene.