Pope Francis has made saints of two Portuguese shepherd children who claimed to have seen the Virgin Mary 100 years ago. Their reported visions turned the town of Fatima into one of the world's major Catholic shrines. 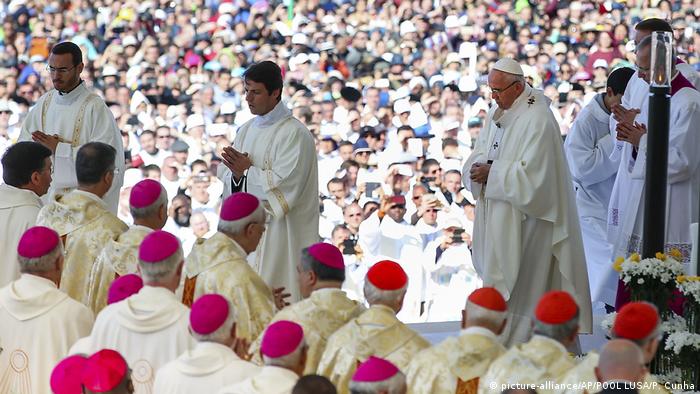 Pope Francis on Saturday proclaimed two Portuguese shepherd children, Francisco and Jacinta Marto, to be saints at a mass in Fatima, Portugal, marking the centenary of their reported sightings of the Virgin Mary.

The two children have now become the youngest Catholic saints ever not to have died as martyrs.

The proclamation was made in front of hundreds of thousands of pilgrims who clapped at the announcement of the children's canonization.

Among those attending the mass were Joao Baptista and his wife Lucila Yurie of Brazil. It was the medically inexplicable healing of their son from the severe injuries he sustained in a fall from a window that provided the "miracle" needed for the Marto siblings to receive sainthood.

Francisco and Jacinta, then aged 9 and 7, and their 10-year-old cousin, Lucia, reported having seen the Virgin Mary for the first time on March 13, 1917, when she appeared to them while they were grazing their sheep. On one of five more apparitions, on July 13, she reportedly confided three secrets in them, foretelling appocalyptic visions of hell, war, commmunism and the death of a pope. 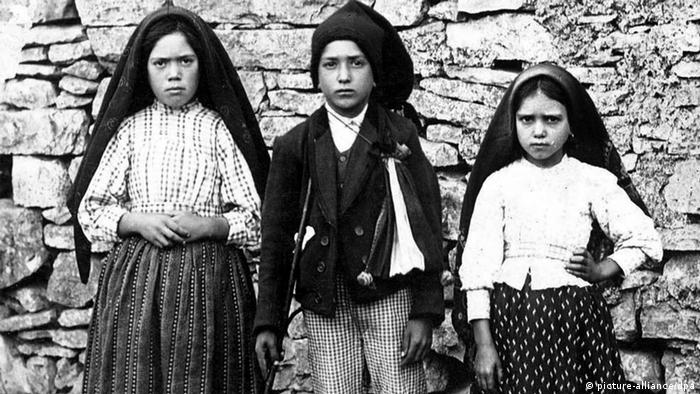 The children said the Madonna appeared to them six times

The two Marto siblings died two years after the visions during the Spanish Flu pandemic in Europe. Lucia, who became a nun, died recently in 2005. She is being considered for possible beatification, but the process could only start five years after her death and has yet to be concluded.

The third of the "secrets" allegedly imparted to the children by the Madonna, which were written down by Lucia, was kept in a sealed envelope in the Vatican for decades. The vision reported was so unsettling to the Catholic Church that no pope dared to reveal it for a long time, until St. John Paul II officially disclosed it at a mass to beatify the Marto siblings in 2000.

The third "secret" spoke of a "bishop dressed in white" - the pope - being killed by bullets and arrows along with other bishops, priests and various lay Catholics.

Speculations of there being a fourth "secret" have been dismissed by the Vatican.