More than 140,000 people living in Germany have no health cover, new statistics show. The rise comes despite the coronavirus pandemic and it being compulsory to take out a health insurance policy. 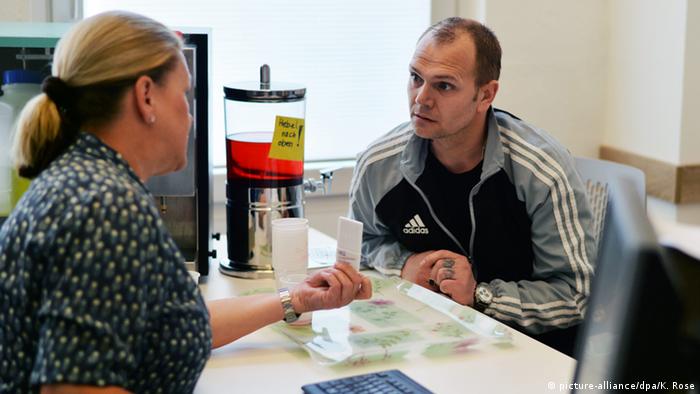 The number of people without health insurance in Germany grew 81% between 2015 and 2019, new figures issued by the country's Federal Statistical Office (Destatis) show.

Germany has had mandatory health insurance for all, whether public or private, since 2009, and authorities have not come up with explanations for the statistic.

Experts say, however, that the self-employed, unemployed people and homeless people tend to fall through the cracks in the system.

A spokesman for the National Association of Statutory Health Insurance Funds (GKV), Florian Lanz, said that even if people were unable to pay the health insurance contributions, they did not lose access to medical treatment.

People who have not paid their dues, however, receive treatment only if they are suffering from acute illnesses or pain.

In view of the figures, the social affairs expert for the Left Party, Sabine Zimmermann, called on German lawmakers to improve health coverage.

"The German government must urgently ensure that the right to medical treatment is guaranteed to everyone," she said, adding that the coronavirus pandemic had shown how important an intact health system was.

She proposed establishing a fund to finance treatment for people without health insurance.

Zimmermann also called for self-employed people with low incomes to be allowed much lower dues, and for an end to the parallel system of private insurance, which she said allowed high earners to shirk their duty of solidarity with the rest of society.

The figures were first published in the regional newspaper Saarbrücker Zeitung.

The EU Commission has started talks with businesses and trade unions to ensure a fair minimum wage for all EU workers. However, the body said that they are not aiming to set up a "one-size-fits-all" system.