The EU Commission has started talks with businesses and trade unions to ensure a fair minimum wage for all EU workers. However, the body said that they are not aiming to set up a "one-size-fits-all" system. 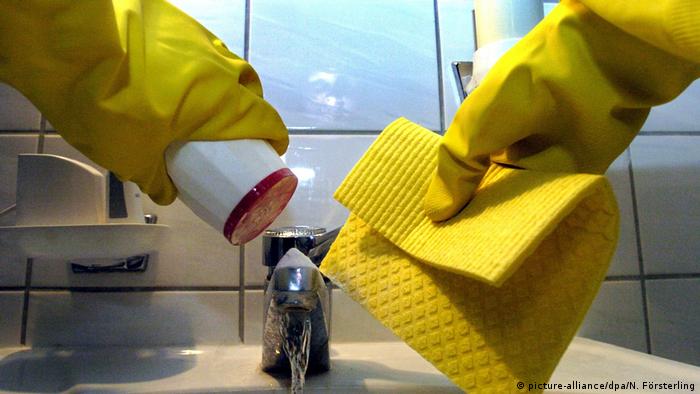 Many working people in the EU still struggle to make ends meet, and the bloc needs a new framework for determining minimum wages, the EU Commission said on Tuesday.

"All workers must have a fair wage that provides a decent standard of living," EU Jobs and Social Rights Commissioner Nicolas Schmit said.

The EU Commission opened a six-week consultation period with business and trade unions on Tuesday. The results are to be formulated into a concrete proposal in the summer, and eventually be incorporated into an action plan in 2021. The plan should then be submitted for endorsement "at the highest political level," the Commission said in a statement.

"The Commission is in listening mode: we want to know whether social partners believe EU action is needed, and if so, if they wish to negotiate it between themselves," they added.

Read more: One in 10 German workers earn below minimum wage

The EU officials emphasized there would not be "a one-size-fits-all minimum wage" for the 29 current members of the bloc. According to Schmit, the EU Commission cannot make any suggestion that would proscribe the salaries to be set to a certain level.

However, the executive body wants to ensure that all existing systems were "adequate" and had appropriate update mechanisms. Previously, EU Commission chief Ursula von der Leyen said all workers should have a "fair minimum wage" regardless of where they worked.

In the EU, people who receive less than 60% of median household income are considered to be at risk of poverty. This 60% limit could also be used as the bottom limit for the minimum wage, according to the EU Commission.

Most EU states have a minimum wage which is enough to keep a single worker out of poverty risk. However, several countries fall short of this standard, including rich nations such as Germany and Luxembourg, the Commission said.

Germany only introduced a nationwide minimum wage in 2015, following a prolonged and tense debate. Currently, minimum wage earners in Germany receive  €9.35 ($10.41) per hour. The head of the association of Germany's trade unions DGB, Reiner Hoffmann, called for it to be raised to €12 per hour on Tuesday, a day before he is set to meet German Chancellor Angela Merkel.

The push for the joint minimum wage framework came from the social democratic bloc in the EU Parliament. Following the Commission announcement on Tuesday, EU lawmaker Gabriele Bischoff said the executive body should take concrete steps.

"In the future, poverty despite [having] a job should no longer exist in Europe," she said.