Germany has suspended plans to prolong the lives of its nuclear power plants after the problems in Japan. But was this a safety-conscious reaction, or an electioneering tactic? Even coalition leaders appear undecided. 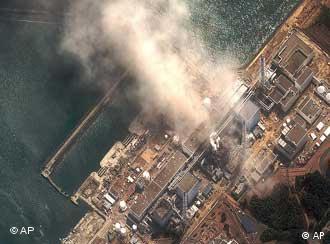 Officially, events in Japan were the sole reason for the change

A German newspaper has reported that at least one member of the German government regarded the moratorium on extending the life of the country's nuclear reactors as merely an election ploy.

The Thursday edition of the Süddeutsche Zeitung daily reported that Economy Minister Rainer Brüderle had told worried business leaders that the decision was an election stunt. He was addressing the Federation of German Industry (BDI) on the day that Chancellor Merkel announced the three month moratorium on a law extending the running times of German nuclear plants.

Brüderle has since told parliament that the report is erroneous, saying "it's absurd to accuse [the government] of conducting election campaign stunts."

The Süddeutsche said it had obtained a copy of the minutes from the meeting on Monday, March 14, which paraphrased what the economy minister said.

"The minister confirmed [Merkel's decision to impose a moratorium on the nuclear extension], and pointed out by way of explanation that political leaders were under pressure because of the upcoming state elections, and that decisions were not always very rational as a result," the document apparently read.

The leader of the BDI, Werner Schnappauf - who is also a politician and coalition ally of Brüderle's - said that the meeting's minutes had "falsely recounted the economy minister's words." The minutes had been sent out to 50 BDI members on Wednesday. 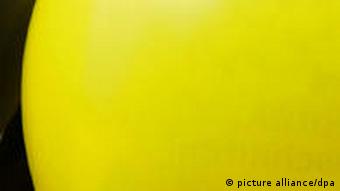 A high-ranking member of Merkel's Christian Democrat alliance, Volker Kauder, also said that the decision was in no way connected to state elections in Baden-Württemberg and Rhineland-Palatinate on Sunday.

"We make the necessary decisions, irrespective of elections," party chairman Kauder told the mass-circulation Bild daily. "Angela Merkel is acting on her responsibility to the country. Politics begins with assessing reality, and the reality has changed where atomic energy is concerned."

When Chancellor Angela Merkel originally announced the move she said it was motivated by the new information and risks revealed by the problems at Japan's Fukushima nuclear power plant. The three month freeze would allow time for more stringent safety checks at German nuclear plants, the chancellor said.

In a sense, the newspaper report has already done its damage, regardless of whether it was correct. The story has given politicians, and the press, a chance to talk even more openly about an issue that was already subject to frequent debate.

There had been widespread speculation that the government nuclear decision was at least partially motivated by the upcoming state elections ballots, especially since both the government parties have until now been consistent in their support for nuclear power.

Opposition leaders in parliament immediately leapt on the apparent inconsistency. The three opposition parties all oppose nuclear power, and have made considerable gains in the polls in recent months, partly because of their position on this issue.

Left party leader Klaus Ernst said that the economy minister had "let the cat out of the bag" at his meeting with business executives. A high-ranking Social Democrat used a German proverb: "Truth comes from the mouth of a fool."

Chancellor Merkel, meanwhile, told parliament early on Thursday that she would be campaigning for standardized, Europe-wide nuclear power station stress-tests at a two-day EU summit in Brussels.

She said the safety of nuclear reactors across the bloc affected each member state equally, making it an item that belonged on the collective agenda.

People in Tokyo are rushing to buy up bottled water, after being briefly warned that tap water might be unsafe for children. This could hamper earthquake relief efforts in areas where water pipelines have been damaged. (24.03.2011)