Five years after the Fukushima nuclear disaster, India and China have embraced nuclear power. Other countries in the region also want to build more plants - even in high-risk areas prone to earthquakes and tsunamis. 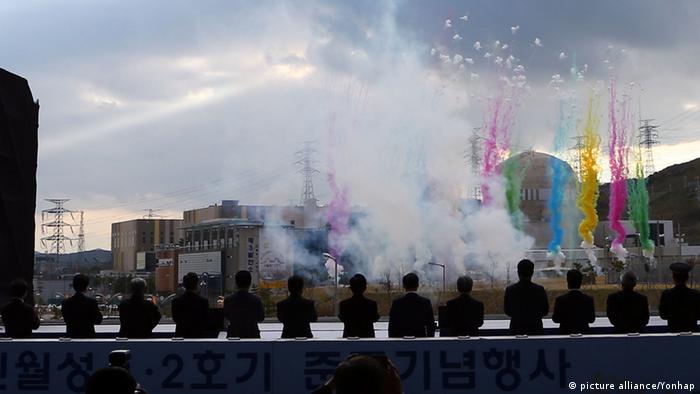 When Sun Qin talks about the future of nuclear power, his eyes light up. In China alone, there are 31 nuclear power plants and another 24 are under construction, according to the International Atomic Energy Agency.

Now, the president of the China's National Nuclear Corporation wants (CNNC) wants to build 30 additional nuclear power stations - not only in China, but also in the neighboring states along the so-called "New Silk Road." CNNC has already exported six reactors abroad, but the Chinese want to expand further.

"We face very strong competition in the international nuclear market," says Sun Qin, adding that "countries like Russia, South Korea, Japan and the United States are all exploring the global nuclear market aggressively."

Five years after the Fukushima nuclear disaster, and thirty years after Chernobyl, the nuclear industry, in particular in China, is on the upswing.

China: on track to becoming number 1

Following the Fukushima disaster, China's government initially suspended the construction of additional nuclear power plants. Instead, comprehensive security policies were adopted. But in the autumn of 2012, Beijing lifted the moratorium on future development - and since then, has pursued a more ambitious nuclear program. 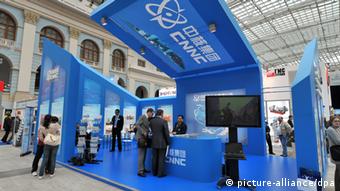 China needs to restructure its massive energy sector. Currently, the country produces some two-thirds of its total energy from outdated coal power plants. The Chinese people complain of air pollution and other environmental damage, which is why the government in Beijing will shut down about 1,000 coal plants by the end of this year.

Nuclear power, on the other hand, is considered a relatively "clean" alternative to coal. In daily congressional meetings, the Communist Party has been discussing plans for a massive expansion of nuclear energy. By 2030, a total of 110 nuclear power plants will be in operation.

With this, China would overtake the US as the country with the most nuclear power plants connected to the grid. Greenpeace nuclear expert Heinz Smital views the speed at which the reactors are being developed as problematic: "The Chinese safety authorities do not have the capacity to examine the buildings properly," said Smital. "They will likely wave things through, rubber-stamp everything and not mess with the state-run construction consortiums. There is a big security risk." 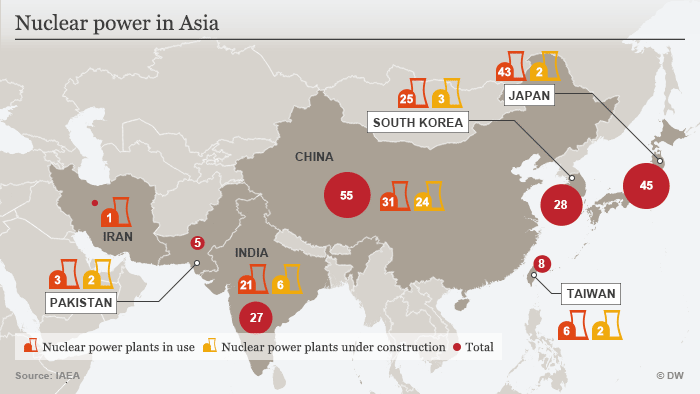 India's economy grows at a rate of about six percent per annum. But its ailing energy infrastructure inhibits economic development. Large areas of the country suffer from regular blackouts and obsolete infrastructure.

Like China, India's renewable energy sector needs to be massively expanded. But the country's political elite are convinced that India must exhaust all possibilities of electricity. Therefore, Delhi is planning a far-reaching expansion of nuclear power. Prime Minister Narendra Modi wants to build dozens of new reactors in the next 15 years.

The technical know-how is sourced internationally. Over the past decade, India has reached civil nuclear agreements with the United States, Canada, France and Russia. 21 nuclear power plants are already in operation. Two of the plants are in Kudankulam and Kalpakkam, located on the southeast coast of the country – areas prone to tsunamis. In December 2006, a tsunami hit Kalpakkam causing extensive damage, but not to the nuclear power plant, according to its operator.

India's neighbor, Pakistan, is also struggling with blackouts and outdated infrastructure. The country currently operates three small reactors, with the nuclear plant west of Karachi - located in a flood-prone area - being one of the oldest in the world. 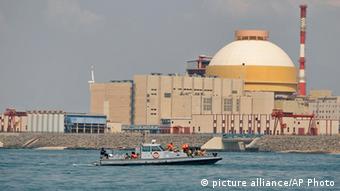 The remaining two reactors are situated in an earthquake-prone area some 300 kilometers (186.4 miles) south of the capital Islamabad. The government is planning to build two other reactors in the same area. According to Pakistan's Atomic Energy Commission, Islamabad wants to build a total of seven new reactors by 2030 - with assistance from China.

Although South Korea is about the size of the former German Democratic Republic (GDR), the country boasts 25 active nuclear plants. Three additional ones are under construction, while two others are set to be completed by 2029. The government plans to increase the share of nuclear power in the country's overall energy mix from currently 30 to 40 percent.

Still, South Koreans are becoming increasingly skeptical about nuclear energy - and not just because of the 2011 Fukushima disaster. In 2012 and 2013, a scandal related to the use of fake safety certificates rocked the country's nuclear industry lobby. State-owned (KHNP) had thousands of small components featuring falsified certificates fitted into the country's nuclear plants. As it turns out, large amounts of bribe money changed hands between KHNP employees, construction firms and politicians.

This led not only to Korean media speaking of a "nuclear mafia," but also to a massive drop in the approval ratings for nuclear energy - from 70 percent before the Fukushima disaster to 35 percent. In spite of this, Seoul is sticking to its plans to expand the use of nuclear power in the East Asian country.

In Southeast Asia, the production of nuclear energy is a hotly debated issue. For instance, while Vietnam wants Russian assistance to build eight nuclear plants, Hanoi has yet to make a final decision. Thailand is planning to build five reactors, whereas Malaysia and the Philippines each want a nuclear reactor to go online. 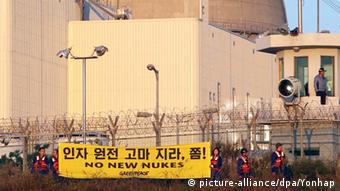 Despite protests, the South Korean government wants to expland the use of nuclear energy

However, it's unclear whether such plans will ever see the light of day. "It will be very difficult to find people willing to invest billions of dollars in this area, especially given the likelihood of another accident taking place in another part of the world," said Greenpeace nuclear expert Smital.

"The costs related to the production of nuclear energy are only likely to increase, whereas renewable energy is becoming increasingly affordable. This is why the free market can only barely manage to finance nuclear plants at the moment," Smital added.

Five years after Fukushima, the so-called nuclear energy exit is no longer controversial in Germany. Observers abroad have reacted to the move with a mix of astonishment and admiration, says Jens Thurau. (10.03.2016)

Earthquake, tsunami, nuclear meltdown: Fukushima was hit by a triple catastrophe in March 2011. Five years later, reverberations are still being felt in culture - in cinema, theater and literature. (10.03.2016)