Novavax: Yet another promising coronavirus vaccine

Another COVID-19 vaccine has now completed pivotal testing. Novavax from the US announced that its vaccine achieved 89.3% efficacy and also offered protection against new coronavirus mutations. 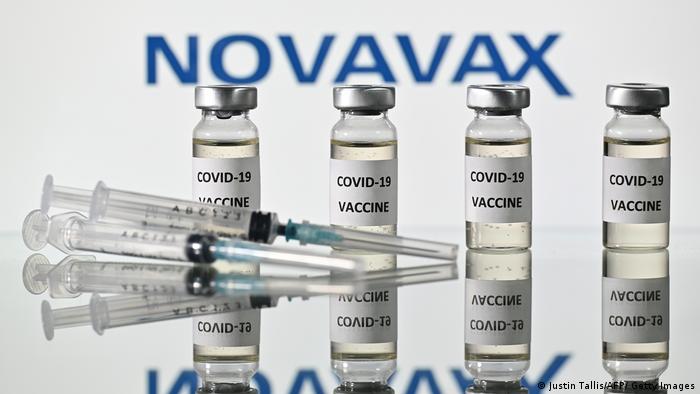 Novavax is another promising step in the fight against COVID-19

US pharmaceutical company Novavax has reported that its NVX-CoV2373 vaccine has proven effective in phase IIb and phase III trials.

It says the vaccine has not only demonstrated efficacy, but has also produced immune response against the UK coronavirus variant as well as the South African variant.  Studies were conducted in both the UK and South Africa. In addition, large trials of the vaccine are ongoing in the US and Mexico.

The vaccine is a protein-based inactivated vaccine containing a genetically engineered viral antigen delivered to cells by nanoparticles.

There were 56 cases in the placebo group and six cases in the group that received the vaccine. That translates to an 89.3% efficacy rate.

Preliminary analysis showed that there were few cases of serious adverse reactions. These were roughly equally distributed between the vaccinated and placebo groups, according to a Novavax statement.

John Moore, a professor of microbiology and immunology at Weill Cornell Medical College in New York told Reuters that the study's data was roughly comparable to results from the two already approved vaccines from Biontech/Pfizer and Moderna. Those had shown 94-95% efficacy in phase III trials.

"It's not statistically different," he said. "The vaccine basically works well in the predominant strain circulating in the UK, which means it's likely to be equally effective in the United States."

In South Africa, Novavax conducted a phase IIb study involving 4,400 participants. There, 90% of the infection cases detected in the study were due to the local B.1.351 mutation. However, the physicians performed gene sequencing of the virus in only 27 of the 44 participants who had fallen ill. A total of 29 people contracted COVID-19 in the placebo group and 15 in the vaccinated group.

What was special about this study was that about one-third of the participants had previously had the original variant of COVID-19 and had also subsequently tested positive for SARS-CoV-2 antibodies in an ELISA antibody test.

Novavax is already conducting research on a new custom-fit vaccine design to protect against the South African variant.

Large phase III trial in the US and Mexico

Another study called PREVENT-19 is currently underway in the US and Mexico and is expected to enroll 30,000 participants by mid-February.

The British study is now set to serve as the basis for approval procedures in the UK, the EU and other countries.

First, however, the study results must be formally published. Novavax expects to be able to submit applications to the respective regulatory authorities in March or April.

Shares of Novavax rose 34% in US trading after the data was released. The company, meanwhile, is considering filing for emergency approval in the US.

The European Commission has concluded exploratory talks with Novavax to purchase up to 200 million vaccine doses. The UK has preordered 60 million doses.

Many countries are reporting more and more new COVID-19 cases every day, and data for the global picture shows that the pandemic is far from over. DW's weekly statistics update.

European Union medicine regulators have given a clean bill of health to the BioNTech-Pfizer vaccine, saying it is not linked to deaths in people who have received the jab. Follow DW for the latest.