Noor Mukadam′s murder exposes toxic misogyny in Pakistan | Asia | An in-depth look at news from across the continent | DW | 26.07.2021

A 27-year-old woman was first shot and then slaughtered by a male acquaintance in Islamabad last week. Experts say Noor Mukadam's brutal murder puts a spotlight on toxic misogyny in Pakistani society. 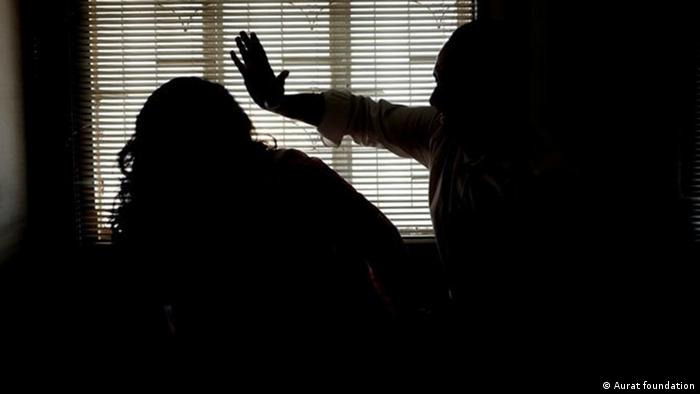 Noor Mukadam, a 27-year-old woman and daughter of Pakistan's former ambassador to South Korea, was brutally killed in Islamabad on July 20. The alleged killer, Zahir Zamir Jaffer, was reportedly her acquaintance. According to police reports, he beheaded Mukadam after shooting her.

Violence against women is widespread in Pakistan, but the recent spate of women killings has shocked the South Asian nation.

On Sunday, a man burned his wife to death in the southern Sindh province, while another man shot dead his wife, his aunt and two underage daughters in Shikarpur city on the same day. A 30-year-old woman who was raped and stabbed on Saturday in Rawalpindi city succumbed to her injuries on Sunday.

On July 18, a woman was tortured to death by her husband in Sindh. Last month, a man killed two women, including his former wife, in the name of "honor" in the northwestern city of Peshawar.

The recent cases have triggered a debate about the state's failure to protect women, the culture of impunity, and the reasons behind society's tendency to curtail women's independence and inflict pain on them.

Pakistan ranks as the sixth most dangerous country in the world for women, and is currently witnessing a rapid rise in cases of sexual crimes and domestic violence.

Rights activists blame a culture of impunity for the recent spike in violence against women.

"A man who stabbed a young female lawyer more than 12 times was recently released by the court. What message does it send to the perpetrators of violence against women?" Yasmin Lehri, a former lawmaker from Balochistan province, told DW.

Mukhtar Mai, a women's rights activist and a 2002 gang rape survivor, shares the same view: "Those who commit violence against women are not afraid of legal consequences," she told DW, adding that for most Pakistani men, beating a woman is not even a form of violence. Pakistani society is still entrenched in feudal and tribal customs, she says.

Other activists also blame society's patriarchal attitudes . "Women are taught to obey men, as they have a superior status in the family," said Mahnaz Rehman, a Lahore-based feminist, adding that when a woman demands her rights, she is often subjected to violence.

"Islamic clerics interpret religion in a way that it gives the impression that it allows men to beat women. They also support underage marriages and tell women to obey their husbands even if they are violent toward them," she said, adding that these clerics actually encourage men to commit violence against women.

Many rights activists in Pakistan blame Prime Minister Imran Khan's "victim blaming" for the rise in violence against women in the country.

Last month, the conservative premier faced backlash following his comments that appear to put the blame for sexual abuse on women.

"If a woman is wearing very few clothes, it will have an impact on the men, unless they are robots," Khan said during an interview for documentary-news series Axios, aired by US broadcaster HBO. He proceeded to say that this was "common sense."

Earlier this year, he made similar remarks during a question and answer briefing with the public, suggesting that the rise in sexual violence in Pakistan was due to the lack of "pardah," the practice of veiling, in the country.

"PM Khan and his ministers continue to make anti-women remarks that encourage misogyny, and in a way violence against women, in Pakistan," said activist Shazia Khan.

Former lawmaker Yasmin Lehri believes that Khan's government hasn't done anything to protect women. Instead, she said, the government sent a bill to stop torture against women to Islamic clerics, who have stalled it.

Just like PM Khan, the country's conservative sections, too, blame the "Western culture" for sexual and physical violence against women.

Samia Raheel Qazi, a former parliamentarian, says the recent incidents of violence involve people who have drifted away from Islamic teachings.

"In Noor Mukadam's case, the alleged perpetrator is a Westernized atheist," she told DW, adding that the weakening of the family system amid an onslaught of Western culture in the country is responsible for these crimes.

Lawmaker Kishwar Zehra agrees. "We need to revive our family values to stop these crimes."