Once a symbol of freedom in West Berlin, Tegel airport quickly became too small for a united Berlin after the fall of the Berlin Wall. Now, 30 years later a new, much-delayed airport is finally taking its place. 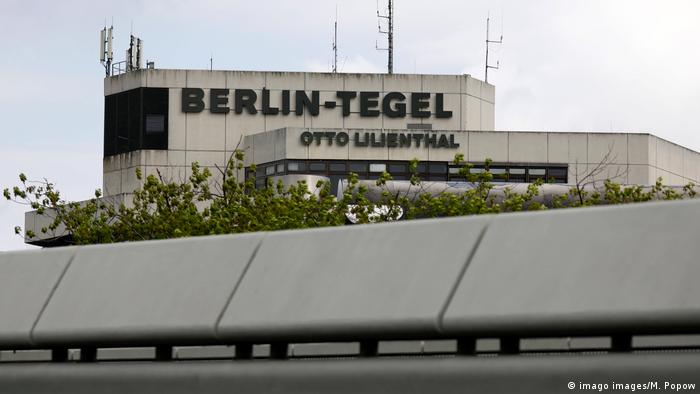 Anyone who has ever landed at Berlin's Tegel airport is not likely to forget the unique experience. For those who have never been to Tegel, the fuss being made about its replacement and closure on November 8 may be hard to understand.

But for many Tegel — TXL in airport language — is much more than just an airport. It is a piece of history filled with emotions. Its story is one of struggle, perseverance and in the end one of success that was too much for it to handle.

When it was built, Tegel connected West Berlin to the outside world. At the time, West Berlin was like an island, surrounded by an imposing wall and barbed wire built by Communist East Germany. There were a number of "transit" roads and train connections that could be used to access the Western enclave. But they all went through Soviet-occupied East German territory. The only way to get around this — and East German authorities — was flying in or out.

The original Terminal A building (see below) is so special because of its shape. Its six sides form a big hexagon. The center of the building is a large open courtyard for traffic and is used for pickups and drop-offs in front of each individual gate. This makes the distance from curb to plane remarkably short. From a car parked outside to the gate it was only a 28-meter (90-feet) walk. For good reason, Tegel was soon called a drive-in airport.

The area where the airport now stands has been used for aviation for over a century. At the beginning of the 20th century, airships were based there. During the two World Wars it was a military training area. After World War II, Berlin was famously divided into two, East and West.

West Berlin was divided further among the British, Americans and French. When the Russians started the Berlin Blockade in 1948, West Berlin's existing Tempelhof airport was not enough to handle the airlift's needs. Additionally, passenger flights to and from the city were highly subsidized by the West German government. The cheap flights pushed up passenger numbers and soon Tempelhof was bursting at the seams. 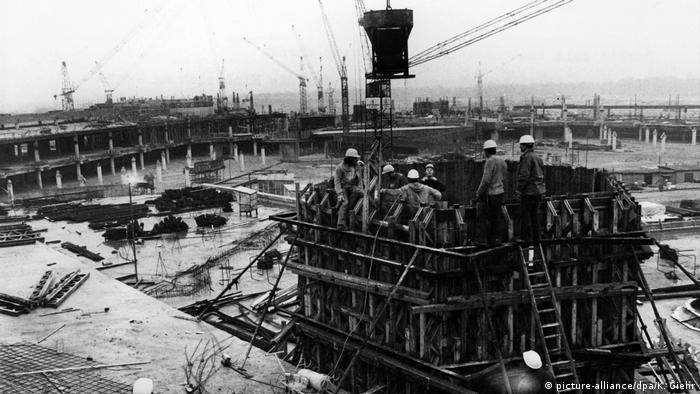 Tegel airport during construction in 1972

With all that in mind, the French authorities started building a runway and provisional infrastructure in Tegel, part of Berlin's French sector. Amazingly, 85 days later the first planes were landing on the longest runway in Europe with supplies to keep the city alive. Afterward it was used by the military, but in 1960 it was given over to civilian use.

Provisional buildings were built and Air France started commercial flights. Others followed. Then in 1961 the Berlin Wall was put up making Berlin's isolation complete.

The idea for the Tegel airport that we know today came from the architect Meinhard von Gerkan. Now 85-years-old, one of his first jobs was to design the new airport. With little experience he and his partners started planning in 1965. Construction began in 1970 and it opened on November 1, 1974. A year later Tegel had overtaken Tempelhof as the West Berlin airport. Today it is the size of nearly 650 soccer fields. 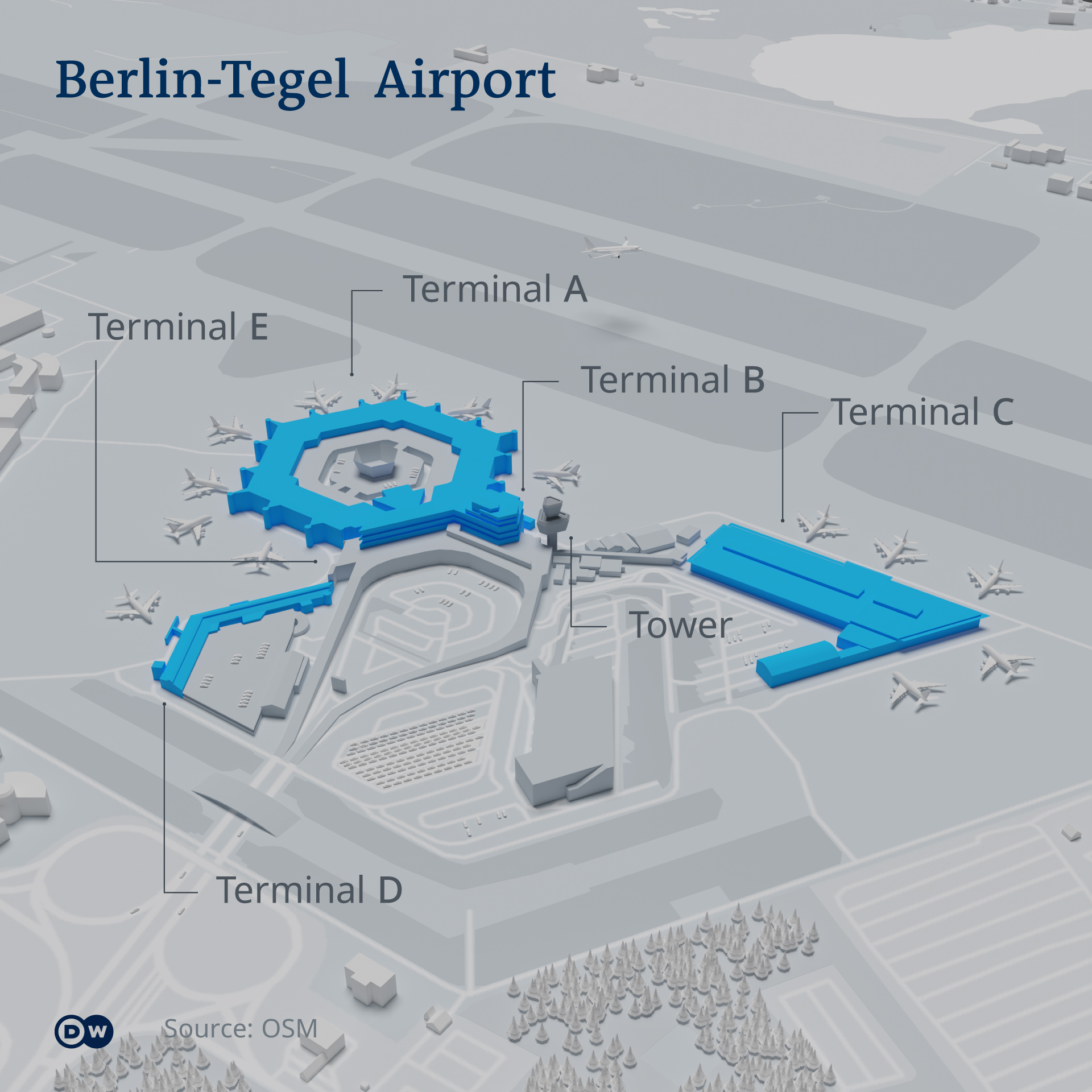 Besides being so close to the city center, the airport is unusual for other reasons. Each gate has its own check-in, security, customs desk and luggage carousel. There is no need to be ushered through a duty-free shop to get to the waiting lounge. Tegel is only about flying — not shopping, entertainment or eating.

Once inside the main terminal, passengers can walk a complete circle and get back to their original gate without going outside. It has 14 jet bridges that serve 16 check-in counters. The building's curves, angles, cantilevered staircases and use of concrete, glass and metal make it look a bit like a futuristic spaceship. The use of colorful signage evokes a different era.

Later additions were built starting in the 2000s, but they were only meant to be temporary solutions. Technically the airport now boasts five terminals, but one is basically a long hallway that was once a parking garage, another is a big faceless metal-clad hanger. Both are connected by covered outdoor walkways, not fancy trams or underground moving sidewalk.

A victim of Berlin's success

It isn't just the airport architecture that made aviation a singular experience in Berlin. During the division of the city, all air traffic to West Berlin was under Allied occupied control and only airlines registered in those countries could fly in or out, even the crew needed a French, British or American passport.

German airline Lufthansa was locked out leaving room for Air France, British Airways and Pan Am. After unification, other airlines were allowed to use West Berlin's airports. Lufthansa bought most of Pan Am's traffic rights and its slots at Tegel. As Berlin became a popular tourist destination the city's airports saw huge increases in traffic. 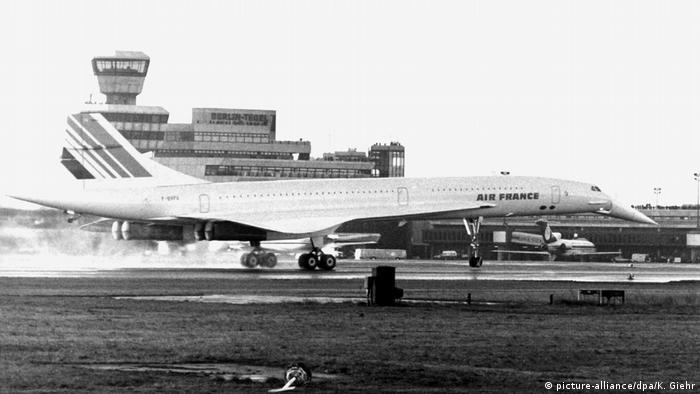 Over the years presidents, queens, popes, stars and even the Concorde landed in Tegel

At Tegel that meant crowding. Soon many passengers had to board a bus to be taken to the planes for boarding or deplaning because there weren't enough gates.

Despite this growth Tegel never made it to the top-rank airports in Europe. Frankfurt, Munich and Düsseldorf had grown into major hubs while Tegel was mainly used to get passengers to such hubs for onward journeys. This is just as well since Tegel doesn't have a transit zone and passengers had to go through security again if they were changing planes.

A long aviation history comes to an end

Located near the city center and officially called Otto Lilienthal Airport in honor of a German aviation pioneer known for using gliders, today Tegel is the country's fourth-busiest airport. Last year it saw an all-time high of over 24 million passengers serviced by 65 different airlines. Well up from 2000's 10 million passengers.

Unsurprisingly the impact of coronavirus lockdowns have decimated passenger numbers and Tegel will fade away without a big bang when it is replaced by the much delayed Berlin Brandenburg Airport (BER) on the outskirts of the city. 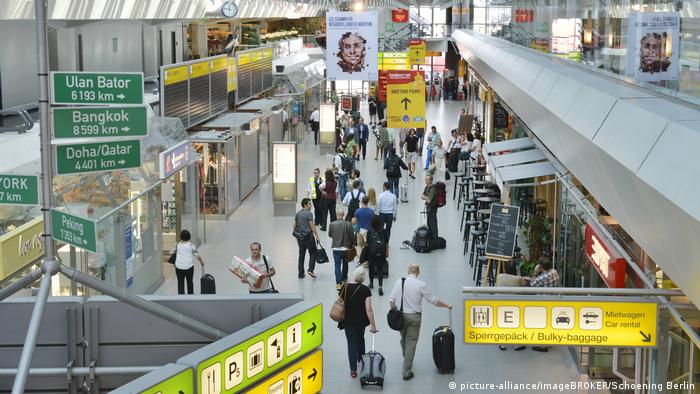 BER was dreamed up to take on the increased traffic, but part of the deal meant that both other Berlin airports would close. Construction began in 2006 and was set to end in 2011. Tegel was set to close right afterwards. That didn't happen as BER was delayed time and again. A referendum to keep Tegel open had strong public support, but the government said it was impossible.

Now the last flight to leave Tegel on November 8 will be an Air France jet to Paris. After that the terminal buildings and the surrounding land are supposed to be turned into an industrial research park. So far plans are sketchy, but that is nothing new for Berlin.

What is sure is that architect Meinhard von Gerkan and his firm drew up the plans for BER airport to replace his own Tegel magnum opus. Ironically things have come full circle, or rather full hexagon.