Berlin′s new airport finally opens: A story of failure and embarrassment | Germany | News and in-depth reporting from Berlin and beyond | DW | 31.10.2020

The Berlin-Brandenburg Airport (BER) was slated to open on June 3, 2012. It wasn't the first time the project missed its deadline, but it was the most memorable.

So great was the anticipation, public broadcaster rbb planned to go live for 24 hours covering it. So great was the disaster thereafter, the German satire site, The Postillon, proposed a new grammatical form for discussing the airport's conditional opening — an event repeatedly kicked down the tarmac never to actually happen.

Just before the opening date, inspectors reported some 120,000 defects, including fire safety issues, automatic doors that didn't open and sagging roofs. Around 170,000 kilometers (106,000 miles) of cable installed in and around the airport were found to be dangerously wired. Some lights couldn't turn on; others couldn't turn off.

It has taken more than nine years, and a series of well-paid airport company managers, to sort out the problems at Berlin's new international airport — also called Willy Brandt Airport, after the late leader of West Berlin and then West Germany. And now that airport officials say it is ready for takeoff, few airplanes are likely to do so. The coronavirus pandemic has thrown the airline and travel industries into disarray. Through August, Berlin's air passenger traffic is down nearly 70% from the same period last year. 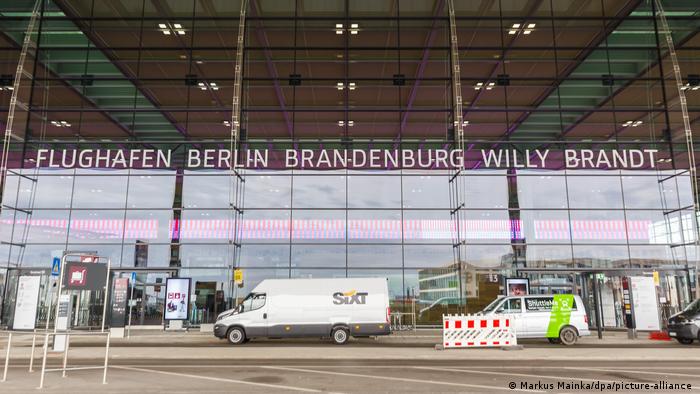 BER's previous opening date was in 2012

Under capacity and overpriced

In terms of capacity, that may be good news, even if it's for the wrong reason. BER was designed to handle 27 million passengers a year. In 2019, more than 35 million people passed through Tegel and Schönefeld, Berlin's existing overburdened airports, which are set to respectively close and merge with BER. Pandemic fears aside, tourism analysts project steady growth in visitors to the German capital.

An expansion is already in the works to meet the extra demand, should it ever return. That could cost another €2.3 billion ($2.7 billion) by 2030, or about as much as the entire project's original budget. Actual costs stand at over €7 billion ($8.2 billion), a bill shared between the states of Berlin and Brandenburg and Germany's federal government. Together they back the FBB, the company that operates Berlin's airports and has overseen construction of the new one.

The delays and cost overruns have dovetailed with the pandemic losses. Without an additional €300 million in grants and loans from the state, Germany's Finance Ministry reported in September that the FBB would be bankrupt before the airport opens on October 31. It may need more than €1 billion over the next few years to stay aloft. If the state does not want to — or cannot — find a way to privatize the company, even partially, those costs remain the taxpayers' to cover.

The globally recognized Made-in-Germany brand has taken a beating. The airport was meant to stand for everything Berlin has hoped to become — a reunited global city worthy of serving as the capital of one of the world's largest economies. Instead, the Berlin-Brandenburg Airport has come to represent everything Berlin has been long mocked for: inept public administration and financial mismanagement, incapable of seeing big projects through.

The project got off to a rocky start. First dreamed up in 1990, shortly after the fall of the Berlin Wall and German reunification, it took six years to settle on a spot to build. The official groundbreaking didn't happen for another decade. Private investors scattered when their risk alarms flashed red, leaving the state alone to finance and oversee construction. Even the airport's original code, BBI (Berlin-Brandenburg International), had to be changed because an airport in India was already using it.

Whether due to new requests from the state or updated safety regulations from the European Union, the airport's architects had to regularly amend their plans. The original opening in October 2011 had to be pushed back eight months, in large part due to one of the project's main contractors going under. More bankruptcies would follow.

In his book "Black Box BER," chief architect Meinhard von Gerkan blamed political pressure to get the job done, despite "protest from project management." He and others have accused the FBB of trying to cover up problems, manipulating reports before they reached the oversight board, which was at the time led by then Berlin Mayor Klaus Wowereit, a big-time airport advocate.

In May 2012, just weeks before the scheduled opening, BER was denied operating approval. Wowereit had resigned from the oversight board by the end of 2014. Gerkan and his team were sent packing. Their replacements searched in vain for the building plans, only for some of them to turn up in a dumpster, an incident that triggered a police investigation. Engelbert Lütke Daldrup, a mid-level career civil servant, has been FBB chairman since 2017 — the fourth person to fill that role since the airport's initial delayed opening.

Aside from public shaming, three parliamentary committee investigations along with years of general uproar and eye-rolling have led to no consequences for anyone involved in the decades-long, state-funded debacle. Daldrup was under investigation for allegedly mischaracterizing the FBB's financial situation, but the case was dropped by state prosecutors.

The fiasco may not end with BER's opening on October 31. Critics wonder whether an airport designed in the early 2000s is compatible with the technology and travel habits of 2020 and beyond. 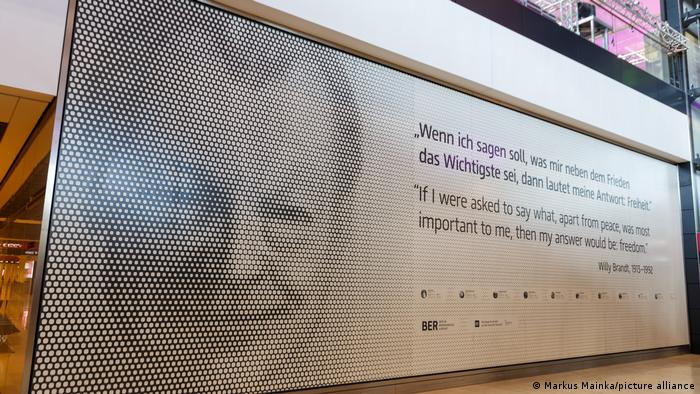 Germany's rail company, Deutsche Bahn, has no immediate plans to offer a high-speed rail connection, as other major German airports enjoy. Just one long-distance train will stop at BER; otherwise, passengers will have to take commuter or regional rail into Berlin and change at the central station for onward travel — or go the climate-unfriendly route by connecting to a domestic flight.

Government officials including Chancellor Angela Merkel may face some travel inconvenience, too. When Germany moved its capital from Bonn to Berlin after reunification, its fleet of aircraft did not come along, due to lack of space at Berlin's smaller airports. BER was meant to change that, but Germany's armed forces, the Bundeswehr, says there is only enough space to keep seven of its 19 planes there. The rest will have to keep flying in, empty, from the Cologne-Bonn Airport — on the other side of the country — to pick up VIP passengers, much to the dismay of climate activists and government accountants.

The most airport investigators and oversight authorities have been able to conclude from years of setbacks and unmet promises is that the BER epic is a top-to-bottom, start-to-finish failure. Many of those responsible for it will be on hand to celebrate its unfashionably late opening.

It may be a more muted moment for those close to the airport's famous namesake, Willy Brandt. While a spokesman for the Willy Brandt Foundation told DW it welcomes the airport's opening and its association with the late chancellor, his children reached for comment preferred to stay silent.

Sabine Kinkartz contributed to this report.