Berlin′s new airport is ready. But will it go bankrupt before it takes off? | Business | Economy and finance news from a German perspective | DW | 30.10.2020 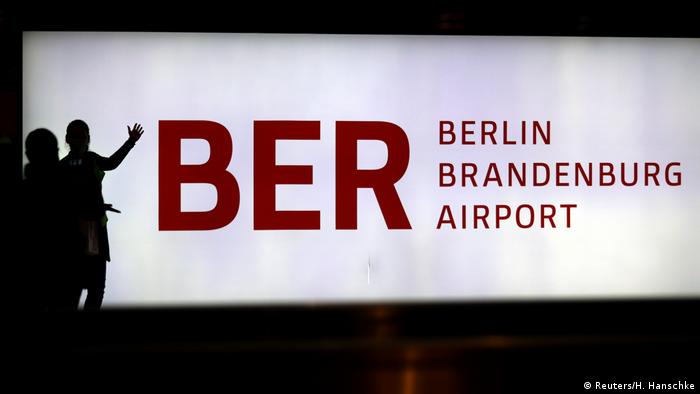 Nearly 10 years later than its original planned opening date, Berlin Brandenburg Airport (BER) finally opens to planes this Saturday, October 31. Few could begrudge those still involved in the project some mild celebration, given the decade of disaster that has defined the most famous unfinished airport in the world.

But even once the marshalers have finally beckoned the first planes to the gates, there is still one major, potentially unfixable snag facing the airport — its finances.

It's not just the fact that the project has dramatically gone over budget to the tune of more than €4 billion ($4.67 billion), although that remains a serious problem.

Since the pandemic struck, Flughafen Berlin Brandenburg Gmbh (FBB), the company that owns the new airport as well as the soon-to-be former Tegel and Schönefeld airports, has seen its revenues dramatically hit as a result of the global crisis in aviation.

Taxpayers on the hook

FBB is funded entirely by taxpayers in Germany. The German states of Berlin and Brandenburg each own 37%, with the remaining 26% owned by the federal government. This year the company required emergency additional funding on top of its normal funding. That amounted to €300 million, with about one-third given as a grant and two-thirds as loans.

That money was needed to stave off insolvency. "Without the financing commitment of the shareholders, FBB's solvency would not have been secured for 2020," Federal Finance State Secretary Bettina Hagedorn wrote in a letter to the German parliament's budget committee.

That's not all. Even before the pandemic collapsed global aviation, FBB had already signaled that it would need €375 million in funding for 2021, mostly due to the fact that various bills for the construction of the new airport have yet to be settled.

The dramatic fall in airline passengers and therefore revenues means much more money will be needed in 2021. Earlier this month, FBB's supervisory board agreed that it would take out loans of €552 million from its tax-funded backers next year.

This all comes on top of the fact that the extra billions already required to finish the airport have already been funded by the state in the form of loans and investments.

The company has been quite up front about its problems. Speaking on RBB's Inforadio on Thursday, Rainer Bretschneider, chairman of the FBB supervisory board said: "It's not a question of delayed bankruptcy. But the situation is serious."

Even though FBB itself has been the primary author of its own downfall over the years, the particular circumstances it finds itself in now are not entirely its own fault, according to Tomaso Duso, head of firms and markets at DIW Berlin, an economic institute.

"FBB is facing the same dramatic situation as any other airport around the world," he told DW. "The formidable reduction of passengers following the COVID pandemic substantially reduced the profitability of airports not only because there are less flights but also because a large amount of the airports' revenues, especially for large airports as BER, stems from non-aviation activities like parking, shopping, restaurants." 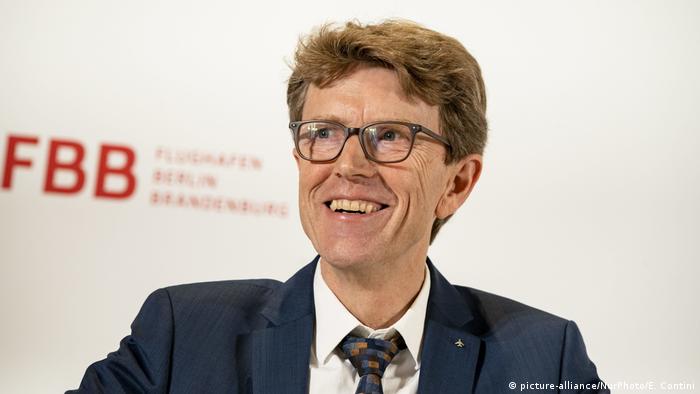 The pandemic clearly defines the severity of the current circumstances. Engelbert Lütke Daldrup, the CEO of FBB, said recently: "As long as the coronavirus determines travel and air traffic, the economic effects are considerable."

Daso says that, should the aviation sector become "normalized" again during the course of 2021, BER could become profitable. However, as he acknowledges, the airport's history makes such predictions highly uncertain. Lütke Daldrup only expects the airport to be functioning at 50% of normal capacity next year, up from what would have been around 30% this year.

The idea that BER, even when long open and functioning, will become a black hole for German taxpayers' money is palpable in political circles.

Finance Minister Olaf Scholz from the Social Democrats (SPD) says he is confident that FBB will generate profits eventually. Members of the political opposition in the German parliament though, namely the Green Party and the Free Democrats, have been scathing about the drain the airport has been and could continue to be on public finances.

Holding (company) out for a hero

When the BER saga was dragging on to incomprehensible lengths, the amount of time between its planning and eventual opening led to fears it would not have the required capacity to handle the increase in Berlin air passengers. 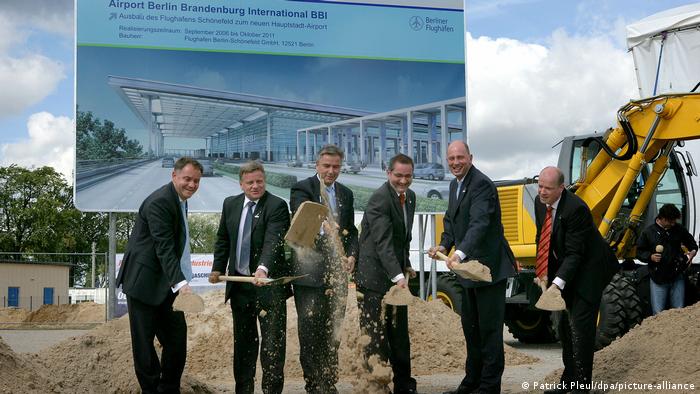 Dig faster: work started in earnest on the new airport back in September 2006

Now it has the opposite problem. Last year, around 36 million passengers used Tegel and Schönefeld. This year, the total volume for the city's airports, old and new, will be just 10 million. Next year FBB expects around 18 million.

With such uncertainty over the core part of the airport's business model, the possibility of private investment has been floated. Bretschneider himself suggested he was open to it but says the "shareholders see it differently."  However, he said that first of all the airport would have to get out of the crisis and become profitable in order to be attractive for investors.

Publicly owned airports are not uncommon says Duso, though there is no guarantee that a privately run BER, especially one that is only partially private, would automatically be more profitable.

"While, in theory, private owners are considered to be more efficient caretakers of the assets, the existing evidence does not allow a definitive conclusion on this issue," he said.

"Yet, some studies indicate that partially privatized airports are less efficient than fully publicly owned ones as, overall, managerial autonomy stands out as a key factor in increasing airport efficiency." 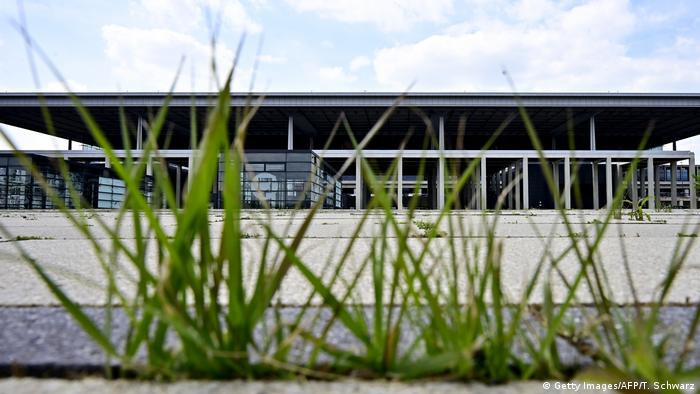 The new airport is set to finally open on October 31

Flying out of the storm

Even if BER goes down the road of seeking private investment, the big question is whether it can become profitable in its own right in a post-pandemic world. At the moment there is considerable uncertainty over how the aviation sector itself can even return to pre-pandemic levels.

On top of that is the fact that BER has its own special non-pandemic financial problems related to its much-delayed opening.

Given the airport's now critical importance for the city of Berlin, it is very hard to imagine a scenario where the three government stakeholders would not continue to bail it out, so bankruptcy or insolvency seems highly unlikely.

Several hundred volunteers have put Berlin's new airport to the test, launching a series of trial runs ahead of its planned opening in October. The thorough scrutiny of operations came — you guessed it — after a delay.

Berlin's unfinished airport just started adding a new terminal, even though the original structure is still not open. Despite a major test run of systems in the first building DW's Henrik Böhme just isn't convinced.

It has been discovered that 600 fire-resistant walls were improperly installed at the folly-plagued BER airport. Last week, it was found that ceiling panels were dangerously fitted with ventilators that were too heavy.