Several hundred volunteers have put Berlin's new airport to the test, launching a series of trial runs ahead of its planned opening in October. The thorough scrutiny of operations came — you guessed it — after a delay. 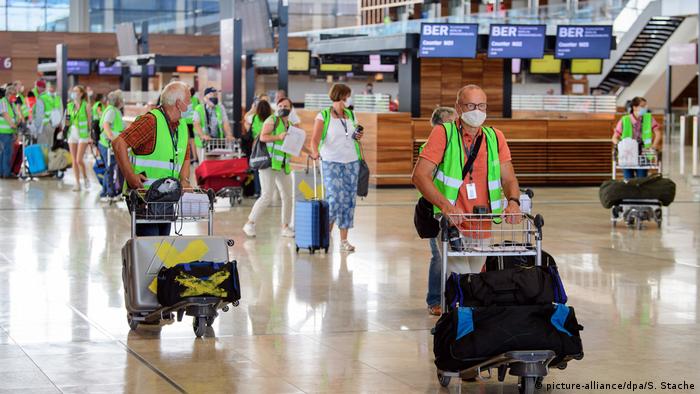 Never mind, it's just another delay in the 9-year-old saga of the German capital's new Berlin Brandenburg Airport (BER), which has long been a national punchline for planning errors and technical problems. This time though, the delay was only for six weeks rather than nine years.

Due to the COVID-19 crisis, the dress rehearsal of operations, scheduled for June, had to be postponed until July 28, and contrary to original plans only about 400 volunteers participated, instead of 20,000 envisioned earlier this year.

"Safety and health take the highest priority," the CEO of Berlin airport operator FBB, Engelbert Lütke Daldrup, said, noting that the decision had been taken in light of social-distancing rules in place to curb coronavirus infections.

But Daldrup insisted that the revised trial plan still provided plenty of time for the airport to be ready before its planned opening on October 31. 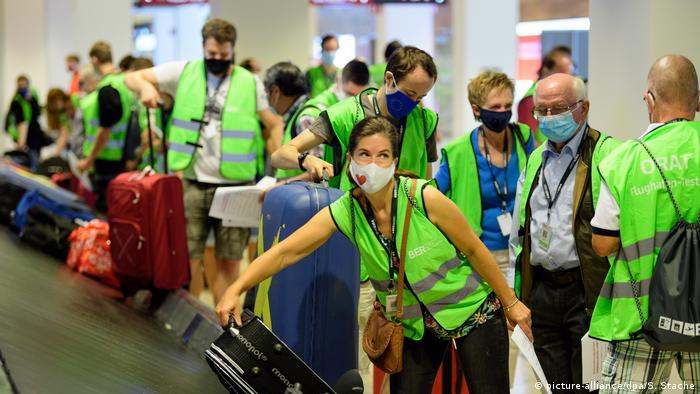 Pandemic rules have limited the number of participants in the BER trial run, but social distancing wasn't easy to maintain

The official slogan for the trial runs is "Ready, set, test!", according to the FBB operator's website advertising for the tests, and anyone "who loves airports or is just curious" can apply to take part as long as they are over the age of 18. Until the official opening in October, a total of 28 test runs are slated.

On Tuesday, the testing routine for the volunteers started at 9:30 a.m. with individual registration and distribution of face masks to protect them from infections during the day-long exercise. They were also given some food and a personal briefing assigning each of them to their specific tasks.

After they'd received suitcases, the hot testing phase began two hours later with the volunteers slipping into the roles of normal passengers, who were supposed to check in, undergo security checks or line up for boarding.

What was missing though, were real planes on the tarmac that could fly them to destinations like Lake Constance or Mallorca, which were being flashed on the huge flight schedule screens. Instead, there were buses waiting for the "fake passengers," taking them on a short tour of BER's sprawling 1,470-hectare (3,632-acre) site.

The trial run ended at around 4 p.m. when the volunteers were asked to fill in feedback questionnaires on how they'd found their way around or if they'd discovered potential areas for improvement. 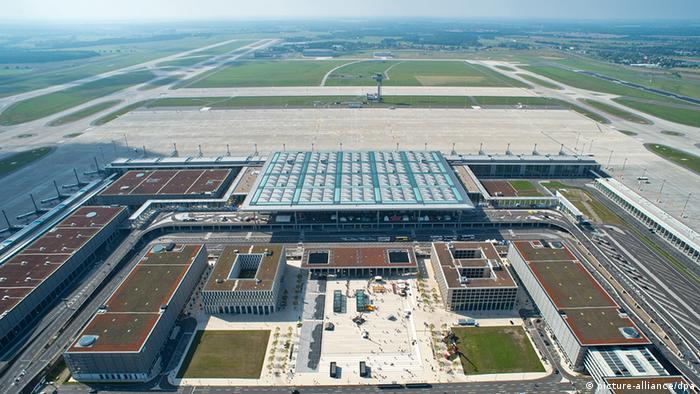 The new airport's main check-in area is located on Level 1 of the six-floor terminal building and houses 118 counters in eight clusters. Volunteer Bernadette Handschug found the distances to walk between the gates "really incredible."

"All they have is a kind of 'fun' moving walkway that takes you no further than 50 meters, which is complete nonsense. I think they should have installed more of those walkways," she told reporters from local RBB television after her day of testing.

Gudrun Bauer, another volunteer, wholeheartedly agreed: "Halls without an end. Before you reach a moving walkway, you already feel like having walked 3 kilometers. For someone who's not good at walking, this is a struggle," she said.

During the day, the volunteers were expected to complete two rounds of testing, each encompassing a full flight cycle from arrival at the airport until the plane's departure.

Bernandette Handschug later said she had missed her second flight scheduled for Dubrovnik because the gates were too far apart and she'd lost her way due to "bad signage." 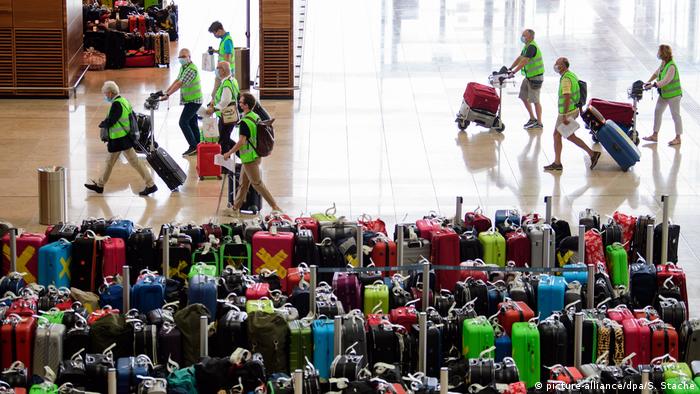 Long walks to flights annoyed most volunteer testers, as moving walkways are few and far between at the new airport

FBB chief Daldrup argues the operators had received some "very valuable" hints from the volunteers at what needed to be improved, adding: "The second important outcome was that our staff and those of our partners such as airlines, ground services, federal police and customs officials, were given the possibility to drill their own procedures," he told reporters.

Strictly speaking, Tuesday's rehearsal of operations wasn't the first at BER. Back in the spring of 2012, thousands of volunteers were already testing the airport's infrastructure, and airlines were preparing to move their operations from the capital's other airport, Tegel, also known as TXL.

That year a Lufthansa A380 superjumbo was scheduled to depart to Frankfurt as the first flight from the new airport on June 3. Other airlines had already begun selling tickets to and from BER. 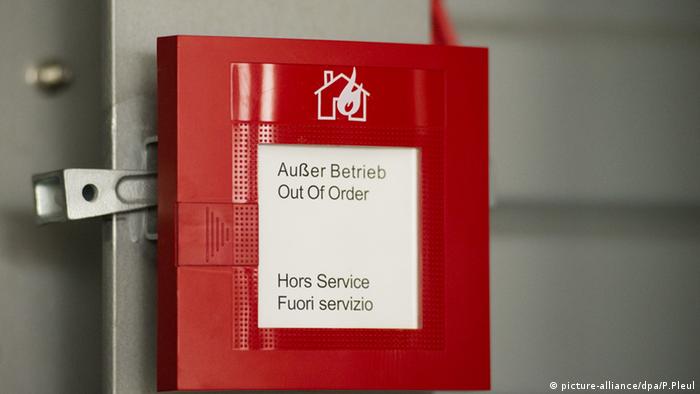 An investigation into delays documented more than 10,000 technical flaws, with the fire safety system being the most curcial

However, just 26 days before BER's official opening, the airport operators were forced to stop the move due to major technical difficulties, primarily concerning issues of fire safety. While a malfunctioning automatic sprinkler system turned out to be the airport's biggest and most complex problem over the following years, it was also found that the airport's lights could not be switched off, escalators were too short and rooms were misnumbered.

Since then, there have been only more delays. A number of project leaders have been replaced amid legal battles, and charges of mismanagement and corruption. BER's building costs have more than tripled over time, from the roughly €2 billion ($2.35 billion) initially budgeted to more than €7 billion to date.

Apart from a toilet that kept flushing and a lack of soap in the restrooms, the volunteers didn't uncover any major technical flaws in the airport infrastructure, FBB officials said. So, with more than three months to go until official opening, there should be enough time to fix this … shouldn't there be?