It has been discovered that 600 fire-resistant walls were improperly installed at the folly-plagued BER airport. Last week, it was found that ceiling panels were dangerously fitted with ventilators that were too heavy. 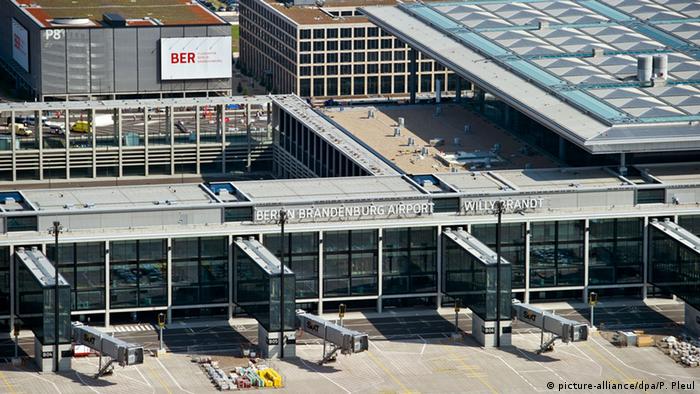 Late Monday, German news agencies reported that over a period of three to four months, 600 walls would have to be reinforced, or even ripped out and reinstalled to meet fire-resistance standards at the ill-fated BER airport in Berlin. It was found that unreliable foamed concrete had been used in the original walls.

"We have a significant number of walls that were planned as fire-protective but were not built to standard," Karsten Mühlenfeld, who took over the BER project in February, told the airport committee in the Brandenburg state legislature on Monday. "In order to meet the required fire-protection level, supports must be individually installed or wall sections reinforced," he said. However, he assured that "just one extremely inferior section of the walls must be completely rebuilt" and that some of the work had already been completed.

Berlin's new Willy Brandt airport, named after the chancellor who governed West Germany from 1969 to 1974, is supposed to be the country's third major airport, after Frankfurt and Munich. It is intended to handle about 27 million flyers every year and could eventually expand to accommodate 45 million travelers later.

The builders are now trying to get the airport operational by mid-2017, but the discovery last week that several ceiling sections were fitted with ventilators that weigh 4,000 kilograms (8,800 pounds) - twice as heavy as called for - and now the improperly installed fire-protection walls have called that into doubt. In August, a contractor working on repairing the airport's faulty fire-safety system filed for insolvency.

The city-state of Berlin, the regional government for Brandenburg and the federal German government are all involved in building the structure, which has so far cost 5.4 billion euros ($5.75 billion), with fresh funds allocated in spring.