Berlin may have to wait a little more for its new airport after its ceiling was found to be too heavy to hold up. Officials have ordered construction to be stopped for now. 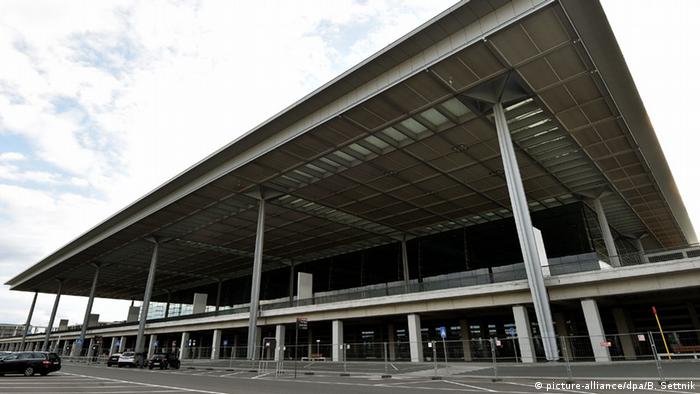 A monitoring committee for the new airport in Berlin ordered an "immediate halt to building work in the entire area beneath the terminal roof in BER," a spokesman for the Berlin-Brandenburg air transport group (FBB) told reporters, referring to the airport by its acronym BER.

Berlin has three airports, out of which two, Tegel and Schönefeld are operational. The third, Tempelhof, has been closed. Schönefeld will be merged with BER, if and when the capital's new airport - once due to open in 2012, now tentatively scheduled for 2017 - ever launches.

Three out of a total of 20 ceiling panels were believed to be dangerous because they were fitted with ventilators that were too heavy. Officials put these areas off limits on Friday, when they first became aware of the problem.

The FBB would now try to get a new certificate of safety for these ceiling panels after refitting them, the spokesman said, without saying whether a reconstruction was necessary or how long it might take to get the safety accreditation.

The monitoring committee for the building was meeting this Friday to discuss solutions. 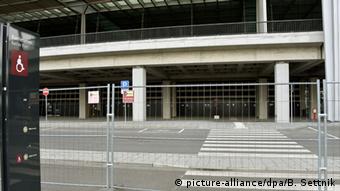 The airport was supposed to be up and running in 2012

Berlin's new Willy Brandt airport, named after the chancellor who governed former West Germany in the early 1970s, is supposed to be the country's third major airport after Frankfurt and Munich. It is built to handle around 27 million flyers every year and could be expanded to about 45 million travelers later.

The city-state of Berlin, the regional government for Brandenburg, and the federal German government are all involved in building the structure, which has cost 5.4 billion euros so far.

Four deadlines to get the airport operational were delayed because of poor planning and construction issues. Last month, the airport project leaders said Imtech Deutschland - the company handling electrical, ventilation and plumbing - had filed for bankruptcy, further delaying completion.

The builders were trying to get the airport operational by mid-2017, but the heavy ceiling meant more delays could be expected in the opening of the airport, once supposed to open its doors in 2012.

Germany's Bild newspaper has said three household names are under investigation for fraud relating to work on the troubled Berlin Brandenburg Airport. Siemens, Bosch and Deutsche Telekom are under scrutiny. (16.08.2015)