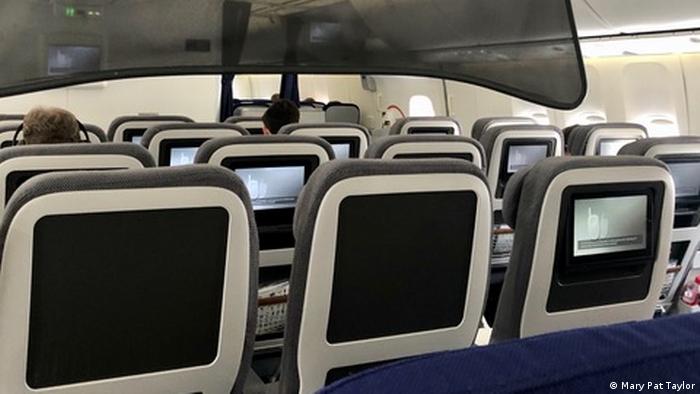 Paris airport management citing a "major and brutal" collapse in flight numbers in the wake of the coronavirus pandemic, scheduled a shutdown from March 31.

And, London City — an inner-city flight hub along the Thames — insisted it had to do "the responsible thing" to protect its staff and passengers from the virus.

Eurocontrol, since 2004 partner in the EU's Single Sky project and extending as far as Morocco and Israel, published data Wednesday showing a 65% slump in weekly traffic compared to the same period last year.

And, compared to March 25 last year, Eurocontrol on Wednesday displayed an even more dramatic 77% statistical nose-dive.

On average, Eurocontrol last November tracked some 27,000 flights per day across Europe; in January before the pandemic gripped Europe some 25,000 per day.

The trend Wednesday appeared worse than Europe's aviation shutdown in 2010 — because of an Icelandic volcanic eruption — when over an 8-day period 48% of total air traffic was cancelled, affecting some 10 million passengers.

Eurocontrol too has faced viral infection: On March 4 it said a German employee at its Upper Area Control Center (MUAC), located in Maastricht in the Netherlands, had tested positive and was staying at home.

Millions of jobs at stake

IATA's statistical projections on Wednesday were for a 40% fall in bookings in April, 44% drop in revenues, and 1.1 million flight cancellations through June 30.

"Public money should support the technologies of the future and not reinforce the mistakes of the past," said Andrew Murphy of Transport & Environment (T&E), which describes itself as Europe's "leading clean transport group."

Last week, T&E urged governments to "require airlines to start using low-carbon fuels" such as synthetic kerosene and waste-based biofuels and in the future pay tax on aviation propellants and international ticket sales.