Nearly 700 German citizens have left the country to join radical Islamist forces, German officials have said. Several have died in the Middle East, but many have returned, posing a threat to German security. 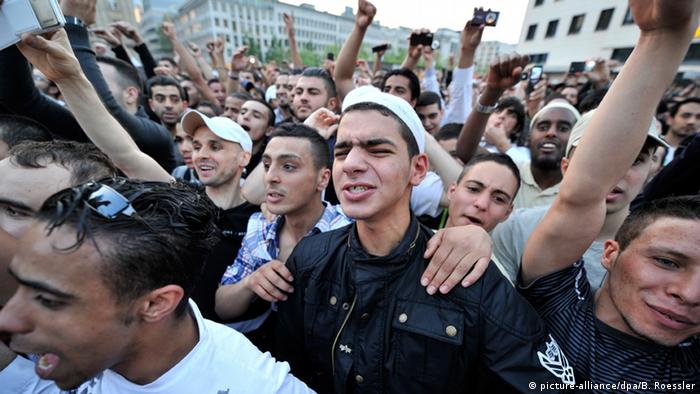 Around 680 Germans had left the country to join jihadi forces abroad as of March, the Federal Office for the Protection of the Constitution (BfV) revealed on Wednesday. In 2014, the number of people leaving to fight with jihadis was estimated to be around 550.

One third of the 680 people who had traveled abroad had returned to Germany while 85 had died in Syria or Iraq, the Maassen said. Many of those returning to Germany had gained experience in warfare and were being seen as a potential threat to domestic security.

Most of those who were recruited and traveled abroad were part of Germany's growing Salafist scene, Maassen told journalists. The government estimates the number of Salafist supporters in Germany at around 7,300. That's about twice as many as in 2011.

Intelligence agencies perceived similar problems in the Netherlands, where "stay at home" militants were "frustrated after failing to join the fight" in the Middle East. According to the Dutch security agency AIVD, 180 Dutch nationals had left to join jihadists. About 20 were still in the warzone while 35 had returned. 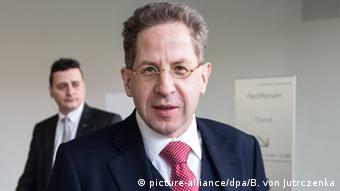 Maassen: IS' spell needs to be broken

According to the AIVD, there were "thousands" of jihad sympathizers in the Netherlands and "several hundred" jihadis. These people could act on calls by IS to carry out domestic attacks as a revenge for airstrikes on terrorist hideouts.

"The Islamist scene is growing without a pause," Maassen said, adding that "the breeding ground for jihadis is consequently getting larger." German states such as North-Rhine Westphalia, Berlin and Hesse had a large number of Salafist supporters who wanted to "establish an Islamic caliphate in Germany," according to data from the Federal Office for the Protection of the Constitution.

Maassen referred to the "shocking pictures" of killings by "Islamic State" (IS) militants which were part of the group's "psychological warfare" and seemed to attract German Salafists. Video recordings of beheadings and setting people on fire were being used by the IS as a provocation and also to demonstrate the militants' commitment to their cause.

IS propaganda could only be defeated by "enlightening people on their barbaric reality," Maassen said, calling upon the entire society to "break the spell" of the jihadists.

Meanwhile, German politicians were planning discuss a new law on Thursday, which would prevent young German jihadists from crossing over to Syria and Iraq through Turkey. The new rules would allow officials to replace radical Islamists' passports with a document that would not be recognized abroad.

Why are young Germans joining the ranks of Islamists and waging jihad? Islamic studies expert Lamya Kaddor explains why youth, Muslim or not, are particularly susceptible to the indoctrination of Salafist recruiters. (22.02.2015)