From former capital to hive of Salafist activity | Germany| News and in-depth reporting from Berlin and beyond | DW | 13.11.2014

Around 450 Islamic extremists have traveled from Germany to Syria, and no fewer than 10 percent of them come from Bonn. Why has the former German capital become a center for Salafist extremism? 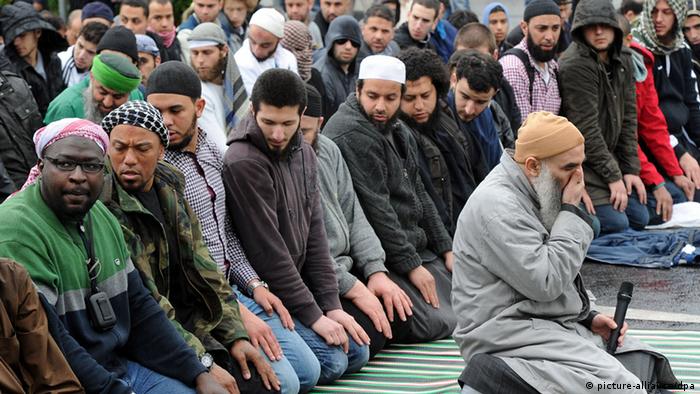 The former West German capital of Bonn is usually associated with the United Nations, Beethoven, Karnival, and the Romantic Rhine. But lately, the city has been frequently linked in the media with terms such as Salafism, radical Islamism, terrorism, and jihad.

The regional court in Düsseldorf, the capital of North-Rhine Westphalia where Bonn is located, for example, is currently hearing the case of man from Bonn who converted to Islam and now stands accused of a failed bomb attack at Bonn's main train station. In a separate ruling on Thursday, the court convicted four men of plotting terrorist attacks to take place in Germany.

Frank Vallender, an editor at the Bonn daily "Generalanzeiger," has been covering the Islamic extremist scene in the city for years, and remembers when the case of Bonn-based jihadi Bekkay Harrach first came to light. Harrach was killed in Afghanistan in 2010. Before that, he published videos on the Internet praising the supposed Holy War- or jihad. Vallender also said Yassin and Mounir Chouka, brothers from Bonn, sent video message from the border area between Pakistan and Afghanistan calling on followers to carry out attacks in Germany. 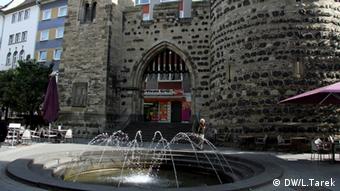 Bonn's integration commissioner is also worried about the city becoming a center for radical Salafist groups. Coletta Manemann is concerned not just about the radicalization of mainly young men, but also about the possibility of increased anti-Islamic sentiment. When asked why Bonn of all places is home to a noticeably large number of Salafist extremists, she said the phenomenon dates back to Bonn's past as the West German capital. The city has long been home to many mosques as staff at Arab embassies wanted places to pray, she added. Some of the mosques, however, also doubled as meeting places for extremists.

Bonn offers Islamic extremists a good place to network, the "Generalanzeiger" quoted a police spokesperson as saying. Arabic is the city's second most spoken language. In the southern district of Bad Godesberg, people who only speak Arabic are able to get on just fine, said Manemann. Because of this, many tourists from the Arab world choose to come to the city for medical treatment - including some radical Islamists. After a crackdown on their meeting places in the cities of Hamburg and Ulm, whole groups of Islamists known to the authorities reportedly relocated to Bonn in 2005.

The center of Bad Godesberg is dotted with Arab restaurants, shops with signs in Arabic, and call shops. Real estate agents post ads in Arabic for furnished accommodation available for limited contracts and restaurants cater to Muslim dietary requirements and veiled women have strolled through the shopping areas for years. 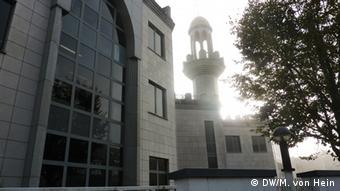 The King Fahd Academy outside Bonn

Southern Bad Godesberg features a building housing the King Fahd Academy. Its exterior looks a bit like a mosque, and it serves as a Saudi school abroad. Whenever the topic of how radical Salafism took root in Bonn is raised, the King Fahd Academy is mentioned. Ibrahim Al-Megren, who has served as the school's director for four years, took pains to dispel the impression that the two are linked.

He pointed out that textbooks are reviewed annually and that the school cooperates closely with German officials, including security officials in Bonn. Al-Megren was especially proud that his school now offers an internationally recognized diploma in addition to the Saudi Arabian diploma.

In 2003, the school was targeted by the Office for the Protection of the Constitution, Germany's domestic intelligence agency, because a teacher reportedly encouraged students to join the "Holy War." Shortly after, German school authorities noticed that some students at the school were only receiving one hour of German lessons per week and the Saudi textbooks were inspected.

According to the "Frankfurter Allgemeine" newspaper, the books glorified the "war against the infidels" and promised martyrs "rewards" in paradise. German authorities also noted that it wasn't just the children of diplomats or families living temporarily in Germany who were students at the school as two thirds of the children at the Fahd Academy had German citizenship. Local school officials had been liberally granting them exemptions from compulsory education in Germany. As a result, devout families from all over the country had moved to Bonn so their children could receive a conservative education, shielded from Western influences. Bonn jihadi Bekkay Harach attended the school as a young boy. 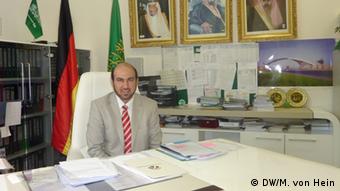 These days, the school presents a more tolerant, transparent picture. There are open houses and book festivals, and the school seeks dialogue with its neighbors, other schools, and other religions. Women without headscarves traverse its halls.

Though the school was built for 600 students, its current enrollment is just 150 as the city's school officials have been much more restrictive in issuing exemptions to compulsory German education since the scandal was made public.

Simple explanations for a complex world

The religious families and their children are still in Bonn but now the children attend regular German schools. At a school near the King Fahd Academy, nearly 80 percent of the student body is Muslim. During the school's open house at the end of October, women in full-body veils sat with their children having coffee and cake. The head of the school said the women remove the veil when speaking with teachers. Facial expression is, after all, an important part of communication.

She added that she doesn't see the influence of radical Islamic preachers in her student body, rather an increased interest in religious and political issues, such as the wars in Syria and Iraq, as well as the Islamic State.

Sometimes, she said, students try to provoke discussion by offering theories they've heard either at their mosque or at home. Somewhat resigned, she concluded extremism has it easy, because it offers simple explanations for a complex world, and strong orientation by dictating what is right, and what is wrong.

Leaving the West behind: Why women are being enticed by jihadist life

An increasing number of young western women are joining the "Islamic State." According to analysts, girls are being drawn in by a mix of political idealism, desire for adventure, and a need for protest. (22.10.2014)