Adolf Hitler's hat and Eva Braun's dress have gone under the hammer, prompting criticism from historians and Jewish leaders: Do sales of Nazi relics promote right-wing propaganda or do they provide historical insight?

Several items belonging to leading Nazi figures went under the hammer at Hermann Historica in Munich on Wednesday.

A cocktail dress belonging to Eva Braun also sold for twice the expected price, going for €4,600.

The auction, which will continue Thursday, was strictly monitored in the expectation of protests in front of the building.

"We don't want to attract any closet Nazis," said the Director of the Hermann Historica auction house, Bernhard Pacher.

The sales were met with sharp criticism, however — not least of all from the European Jewish Association (EJA), which called for the auction to be cancelled.

With far-right violence and anti-Semitic crimes on the rise, Chairman of the EJA Rabbi Menachem Margolin said the auction was an opportunity for individuals to "glorify the Nazis."

"It's wrong to monetize these blood-stained objects, especially in Germany," Margolin said. "I understand that buying and selling Nazi souvenirs is not illegal. It is not a question of legality; it is a moral one. It's wrong," said Rabbi Margolin.

"Selling such items should be no different to selling the personal items belonging to Osama Bin Laden, or Anders Breivik. The argument
of historical interest is pure semantics." 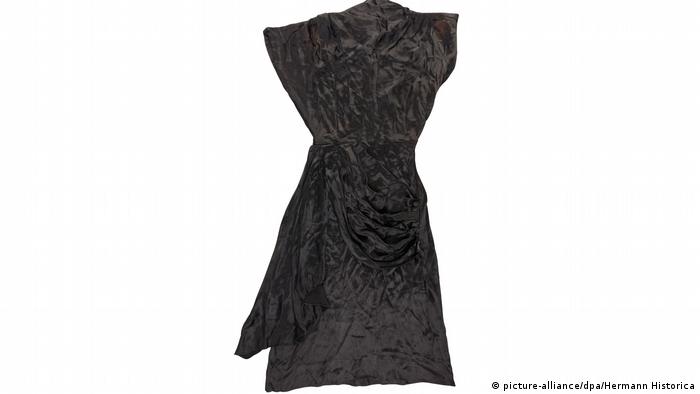 A cocktail dress belonging to Hitler's wife Eva Braun was among more than 800 auctioned items.

Bernhard Pacher, rejected the criticism, however, saying that by far most customers "are museums, state collections and private collectors who really meticulously deal with the subject."

Strict controls were also in place, Pacher said, to "prevent the wrong people from getting [them]."

German politicians have been debating the right approach to Nazi memorabilia for decades. But despite regular controversies reigniting the debate, the trade of Nazi objects in Germany is flourishing and historic medals, uniforms, weapons or books can be easily found at flea markets, online or at so-called militaria auctions.

While Nazi memorabilia is sold around the world, political scientist Matthias Küntzel said that the way in which National Socialism is addressed in Germany will never be comparable to other countries.

"This will always carry a different weight in Germany," Küntzel told DW, adding that that the sale of such items was "immoral."

"These items have absolutely no academic value. This is purely about political views," he said, adding that items of clothing should be destroyed, while books should be stored in a specialist library. 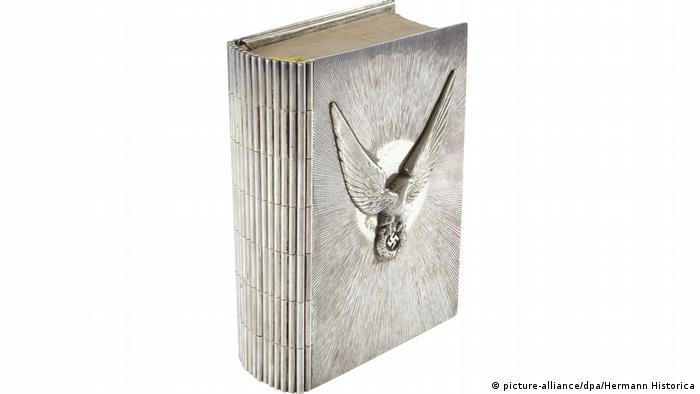 Bidding for a silver-covered edition of Hitler's Mein Kampf was expected to start at €75,000

Similarly, Philipp Lenhard from the Department of Jewish History and Culture at the Ludwig-Maximiliam University in Munich said the purchase of personal items such as those auctioned on Wednesday points towards fetishism for Nazi artefacts.

"The fact that someone would ever spend money on Hitler's top hat can only be explained by the fact that the buyer is intrigued by this closeness to one of the biggest criminals in human history by means of these items," Lenhard told DW. "You can call this a 'Nazi cult,' without the buyer having to automatically share National Socialist views."

If the auctions are not going to be banned, Lenhard suggested that the proceeds should at least be donated to a charitable cause, such as fighting anti-Semitism.

Artefacts as a key to information

In Germany it's completely legal to purchase and own objects from the Nazi period — as long as all Nazi symbols are neatly taped off and covered. Wearing or publically showing Nazi symbols remains forbidden, as is the import or manufacture of Nazi objects.

Dr. Stephan Klingen of the Central Institute of Art History says that while some items could, indeed be purchased by people who believe in Nazi idealogy, purchasers who aren't linked to a museum are often "fanatics," but not necessarily far-right extremists.

"I wouldn't necessarily associate this interest directly with interest in Nazis or Nazi ideology, but rather the other way around. Like treating the whole thing like a trophy, the embodiment of evil — whose top hat you have at home."

In some cases, however, some objects can be useful for providing new historical insights, Klingen told DW, citing an offer for a rental agreement for Hitler's apartment, as well as a list of paintings which hung there.

"This didn't interest us as an object itself, but the information would of course be of interest and sometimes we can only get that kind of information if you buy something like that."

The auction house in question, Hermann Historica, has a long tradition of dealing with Nazi memorabilia dating back to the 1980s. In 2016 it also came under fire for auctioning off one of Hitler's uniforms for €275,000 euros ($304,270).

An exhibition opening in Vienna is attempting to address the issue of "What to do with Nazi memorabilia?" In a small show at the House of History Austria, curators are displaying some of the items they receive weekly.