Two years ago, it was revealed that several German churches still had bells displaying swastika engravings. One of the them, hung in a church in Lower Saxony, has now been exchanged. 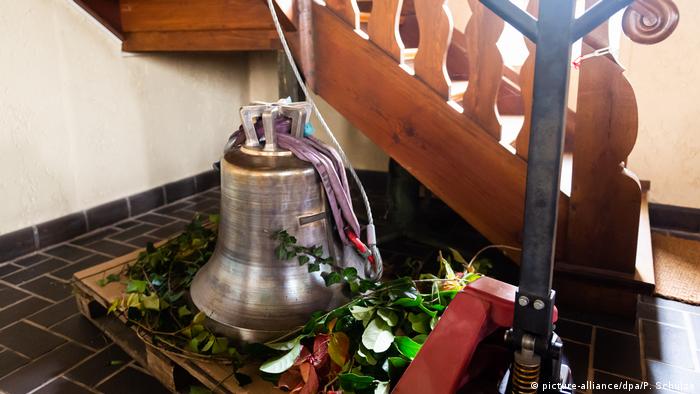 A small town in northern Germany has received a new church bell, officials confirmed Sunday, after the previous bell brought back memories of the country's Nazi-era.

St. Michael's Church in Fassberg, in the state of Lower Saxony, used to display a bell dating from 1938 that featured two swastika engravings and the eagle badge of Nazi Germany's World War II air force, the Luftwaffe.

The original bell was installed when the church was built by Adolf Hitler's National Socialist government before the war. German media have reported that around two dozen other German churches still have bells with similar engravings, including a church in Herxheim, near Stuttgart, which has regularly hit the headlines. 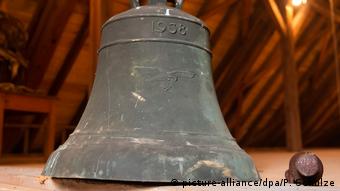 The Nazi-era bell will be displayed on the church grounds

Details about the controversial bells became public knowledge in 2017, prompting church and local officials in Fassberg to order a replacement.

At Sunday's inauguration, Lüneburg Regional Bishop Dieter Rathing hailed a "clear and courageous decision" by the church council to do away with the Nazi-era symbols. The replacement is decorated with a simple Christian cross.

"This sets the tone for which our congregation can continue to come to terms with our burdened past, Rathing added.

The church's congregation supported the new bell, which cost €10,000 ($11,000) and was funded by the Protestant regional church.

The new bell, weighing 203 kilograms (about 450 pounds), was cast a few weeks ago by the firm Rincker, based in Sinn, in the state of Hesse. The company has produced bells for St. Peter's Cathedral (Wormser Dom) in Worms and St. Michael's Church in Hamburg (Hauptkirche St. Michaelis).

Still a place for old bell

The old bell will be exhibited elsewhere on the church grounds, with a display to explain its place in history.

"In this way, we can avoid it becoming a place of pilgrimage for those [neo-Nazi] diehards," said Pastor Michael Köhler.

Along with the entire town, St. Michael's Church was built in 1938 as a garrison church for the Fassberg Air Base.

After the war, the building served as a joint Protestant and Catholic church for almost 30 years before the Protestant Church bought it in 1966- The town's Catholic community built their church a year later.

In an act of "Spring cleaning," Nazi insignia on a church bell in Schweringen has been anonymously removed. Church leaders had decided to let the Hitler-era bell ring out once again, but the decision raised objections. (04.04.2018)