Most of Europe′s airspace remains shut down | Europe| News and current affairs from around the continent | DW | 17.04.2010

Most of Europe's airspace remains shut down

Volcanic ash continues to disrupt air travel across Europe. More than 20 countries have closed their airspace with some countries calling off all flights until Monday morning. 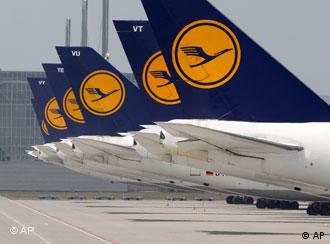 European flights remained grounded on Saturday due to a vast cloud of volcanic ash from Iceland that has covered much of Europe and has spread as far east as Russia.

Britain, Ireland, Switzerland, and Belgium all extended their flight bans on Saturday. More than 20 European countries grounded flights because of the ash cloud.

The disruption hit German Chancellor Angela Merkel who was trying to return to Berlin from the United States on Friday when her plane was diverted to Lisbon. She flew to Rome on Saturday, having to spend the night in Italy. The chancellor will therefore be unable to attend the funeral of Polish President Lech Kaczynski on Sunday.

In addition, flights bringing home the bodies of German soldiers killed in Afghanistan along with soldiers wounded in the country were redirected to Turkey.

The last time the volcano erupted, in the 19th century, it continued sporadically for over a year

Things could get worse

Volcanic ash can terminally damage the engines and windows of jetliners.

The National Air Traffic Services, which oversees British airspace, said the situation from the cloud is getting worse.

Experts tracking the volcano beneath the Eyjafjallajokull glacier said there were no signs of reduced activity on Friday. After a relatively minor eruption one month ago, the volcano erupted again on Wednesday, with these two incidents breaking almost 200 years of dormancy.

That last recorded eruption continued - with varying levels of severity and intermittent periods of inactivity - for almost 18 months between 1821 and 1823.

"We have no prediction on how long [the eruption] will last," said geophysicist Bergthora Thorbjnardottir at the Iceland Meteorological Office.

Westerly and north-westerly winds have blown the ash across swathes of northern and central Europe, grounding some 17,000 flights on Friday, after around 6,000 were cancelled on Thursday.

The disruption is costing airlines over 148 million euros ($200 million) per day.

Currently, only emergency flights are permitted into and out of the affected regions in Europe.

All 16 international airports in Germany were closed on Saturday with no flights set to take off until at least 2pm on Sunday. 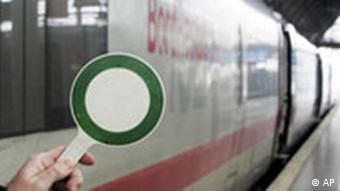 Train operators and others are getting extra business

Germany's national rail service, Deutsche Bahn, has reported a surge in demand as travellers look for another way to reach their destination.

"We have a lot more people booking tickets, and are putting every train at our disposal into action," a Bahn spokesman told German public broadcaster ARD. "Everything that can run is running."

The Eurostar train service linking Britain and mainland Europe via the Channel Tunnel is fully booked, with the company reporting 38,000 travelers on Friday, 10,000 more than average. International coach services also claimed to be running at five times their usual capacity due to a surge in demand.

Rental car companies reported a similar phenomenon, with some passengers even electing to drive long journeys to foreign destinations. A number of agencies in Germany were forced to turn would-be customers away.

With air traffic down across most of Europe, the defense minister's flight was redirected to Istanbul. Guttenberg is travelling with five wounded soldiers on their on their way back to Germany from Afghanistan. (16.04.2010)

A huge ash cloud from an Icelandic volcano has caused air travel chaos across Europe, leaving hundreds of thousands of passengers stranded. Scientists say the eruptions and ensuing disruptions could linger for months. (16.04.2010)