Moscow had promised to take "retaliatory measures" after the Czech Republic expelled 18 Russian diplomats over a deadly explosion in 2014. 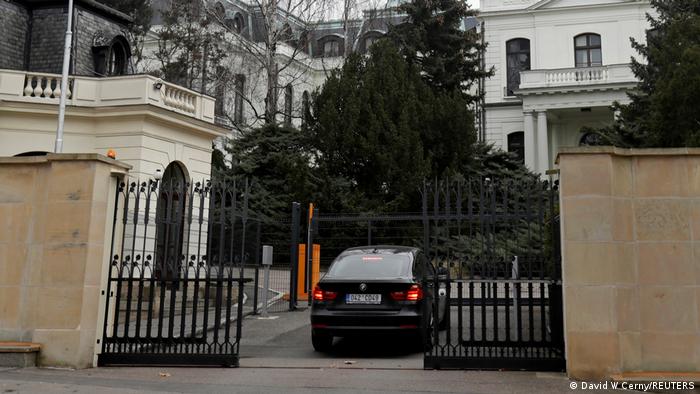 The diplomats have to leave the country by April 19

Russia has ordered 20 Czech diplomats to leave the country by the end of Monday following a similar move by Prague, the Foreign Ministry in Moscow announced.

Czech Ambassador Vitezslav Pivonka was summoned to the ministry on Sunday evening and told that 20 employees of the Czech embassy had been declared "persona non grata."

Czech authorities expelled 18 Russian diplomats on Saturday, accusing them of being secret agents with ties to a deadly explosion at a Czech munition depot in 2014.

They also said two Russian spies wanted over the 2018 poisoning of former Russian double agent Sergei Skripal in England were involved in the depot blast.

"We will take retaliatory measures that will force the authors of this provocation to understand their full responsibility for destroying the basis of normal relations between our countries," the Russian Foreign Ministry said in a statement earlier on Sunday.

Rising tensions between Moscow and the West

The row adds to rising tensions between Russia and the West over Russia's military buildup on its Western borders and its treatment of opposition politician Alexei Navalny.

European Union foreign ministers were set to discuss the matter at a meeting on Monday.

Russia said the Czech government's actions bore a "trace" of involvement by Washington.

"In their desire to please the United States against the background of recent US sanctions against Russia, Czech authorities in this respect even outdid their masters from across the pond," the Foreign Ministry statement said.

The US this week announced sanctions and the expulsion of 10 Russian diplomats in retaliation for what Washington said was the Kremlin's interference in US elections, cyber hacking and other hostile activity.

What has the international reaction been?

The US said on Sunday that it stood with the Czech Republic "in its firm response against Russia's subversive actions on Czech soil."

"We must act firmly in response to Russian actions that compromise the territorial integrity, energy security, or critical infrastructure of our allies and partners," State Department spokesman Ned Price said in a statement.

Poland also said it fully supported its neighbor's decision to expel the diplomats.

British Foreign Secretary Dominic Raab tweeted that the Czechs "have exposed the lengths that the GRU will go to in their attempts to conduct dangerous and malign operations."

A NATO official said the alliance would support the Czech Republic as it investigated Russia's "malign activities," which were part of a pattern of "dangerous behavior."