Hajar Raissouni was jailed for an abortion she has always denied. Her pardon this week was a small victory for women's rights activists across the region who, despite recent gains, still face serious resistance. 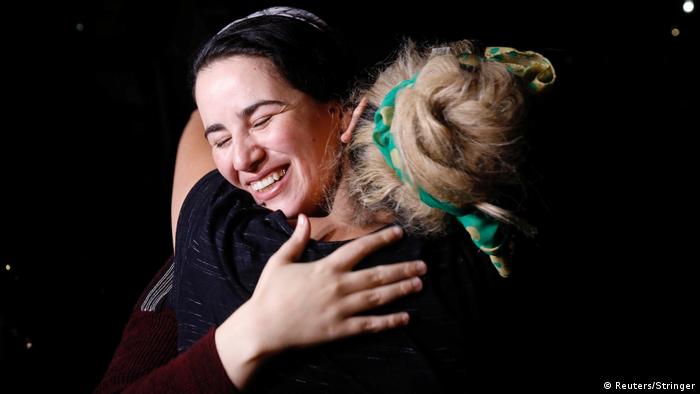 After Morocco's king pardoned her for the crimes of having an "illegal abortion" and premarital sex , journalist Hajar Raissouni on Wednesday made a victory sign with her fingers. The moment has come to symbolize a win for her and civil rights activists, who have campaigned for her release.

King Mohammed VI overturned her one-year sentence and conviction, which was handed down on September 30 in order to "preserve the future of the two fiancés who planned to found a family in line with our religious and legal precepts, despite the error they made," the justice ministry said.

Raissouni's partner had received the same sentence, while her doctor had been sentenced to two years in jail and two medical assistants had received suspended sentences.

The king also tossed out the convictions and sentences of her partner and three medical staff. All of them had maintained that she did not undergo an abortion at all and was simply treated for a blood clot.

The case had triggered widespread debate, with the move seen as an attempt to silence a critical journalist. Raissouni, who works for the government-critical daily Akhbar Al-Yaoum, had also said the charge was politically motivated due to her reporting. But it also precipitated an online solidarity campaign of more than 10,000 women, referring to themselves as "outlaws," who publicly admit to having had abortions and demanded the right to have premarital sex.

Rights groups say 600 to 800 illegal abortions are carried out every day in Morocco, often in dangerous circumstances, resulting in 13% of maternal deaths. 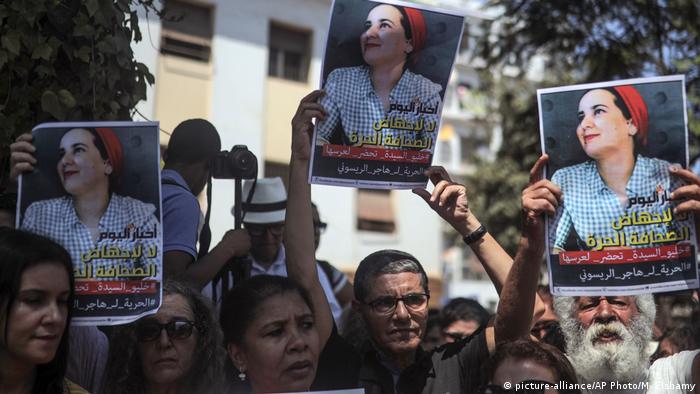 'One step forward, half a step back'

But despite the win for activists, progress in women's rights and gender equality in Morocco — and in many places across North Africa and the Middle East — is varied, slow and halting.

Although Morocco's king commissioned reforms in 2015, leading to the legalization of abortion in cases of rape, incest, fetal malformation and psychological distress, the changes have yet to be implemented.

"Everyone was terribly excited about that, it was seen as a major step forward," Shereen el Feki, an expert on sexuality and social change in the Arab world, told DW. "We're now four years on…we're nowhere on that law, we're basically stalled. If you take one step forward and half a step back, we call that progress. And that's really the situation where we are on most issues related to sexuality in the region."

Indeed, while Tunisia for instance has long been respected in the region for legalizing all early-term abortions in 1973, conservative social pressure is now making it more difficult in practice.

"Many a woman will tell you that if she turns up at a public hospital or public clinic, that she will be turned away now," el Feki said. "The doctors or the nurses, they don't want to be engaged, although it is the law that she's allowed access."

Morocco's "outlaws" also leveled their targets at liberalizing sex outside of marriage, including decriminalizing and destigmatizing adultery, in resistance to what some see as a rising social conservatism.

"In Morocco, even if there is no legal distinction in the penalty for infidelity between women and men, society still discriminates and its view of infidelity for men is not the same for women," human rights activist Khadija al-Riyadi told DW. "A conservative mentality is deepening within society and the open-mindedness that we have known in Morocco for 30 or 35 years is receding."

Morocco has also struggled to curb an increase in child marriages, despite 2004 legal reforms raising the minimum age from 16 to 18.

But some high profile cases and the activists demanding action on them have seen success in bringing about legal change, even if that has been out of step with social attitudes.

In 2014, a two-year campaign to change a law compelling women to marry their rapists saw it scrapped after the case of 16-year-old Amina el-Filali, who committed suicide in 2012 after being pressured to marry her assaulter, shocked the country.

Since then, activists in Jordan, Tunisia and Lebanon gained from the momentum, forcing the repeal of similar laws in their countries.

In Saudi Arabia in recent years, a wave of defiance against restrictions on freedom of movement, part of the so-called male guardianship system, has seen the monarchy relax driving bans, travel controls and marriage registration laws, although many who fought for those rights are still behind bars.

But women there still need permission from their male legal "guardians" to marry, leave prison or move out from a domestic abuse shelter, and strong familial disapproval has kept many women off the roads.

While the repeals of marry-your-rapist laws represent significant progress, Shereen el-Feki sees some of these reforms as a form of whitewashing: "In Saudi Arabia there are a whole host of sins to be washed away here and so there is the instrumentalization of women's rights to present this veneer of democracy and respect for human rights. But you don't often see that extended, for example, to the LGBTQ population."

The 'ground has been laid'

Nevertheless, if social attitudes have to align with political expediency to effect real change, some observers see hope in the debate that Hajar Raissouni's jailing has sparked.

Sociologist Mohammed Naji told DW that although Morocco needs to repeal its laws on extramarital sex, the "outlaw" activists have opened the way for society to examine its attitudes.

"In the past, even opening up the debate on such topics was not accepted," Naji said. "When we launched our campaign for individual freedoms in 2012, we faced criticism from the media and society for violating customs and beliefs."

El-Feki said that judging from the shift in conversation, even on themes such as violence against women, Morocco is ready for reform.

"There's been a complete sea change, it's now seen as socially acceptable but also politically expedient to talk about and try to act on these issues of violence against women." El-Feki said. "Definitely, things are changing. Enough of the ground has been laid in Morocco, they are ready to change their law on abortion for example, absolutely they are ready."