In the future, rapists in Lebanon would not be able to avoid jail time by marrying their victims. Lebanon lawmakers abolished the controversial law after Jordan, Tunisia, and several other Arab nations did the same. 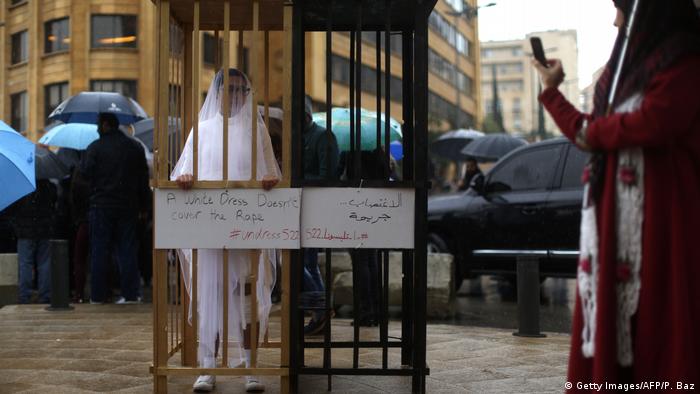 "This is definitely a step that needs to be celebrated for all women in Lebanon," Roula Masri of local rights group Abaad told Reuters.

Under the Lebanese law, rapists face a punishment of up to seven years in prison, or more if the victim is left mentally or physically disabled. However, the controversial Article 522 allowed the criminal proceedings to be suspended if the rapist married his victim.

Opponents of the "marry-your-rapist" rule posted numerous billboards across the Arab-majority nation, showing women in bloodied and torn wedding gowns and the slogan "A white dress does not cover rape."

Read more: No more pardons for rapists who mary their victims in Jordan Wedding dresses became a symbol of campaign against rape loophole

"This is a very positive and long-overdue development for the protection of women's rights in Lebanon," said Bassam Khawaja from the Human Rights Watch.

"Parliament should now follow this up by passing pending legislation to end child marriage and marital rape, both of which are still legal in Lebanon," he added.

The repeal of Article 255 in Lebanon comes only after several other countries dropped equivalent rules from their own criminal codes, including Egypt in 1999 and Morocco in 2014. Tunisia also repealed their own "marry-your-rapist" law in July this year, followed by Jordan two weeks ago.

The rule remains in power in several countries such as Iraq, Algeria, Syria, and the Philippines.