More than 300,000 asylum seekers have registered in Germany since the start of 2015, German daily "Die Welt" has reported. The country's states have called for greater federal aid to cope with the influx. 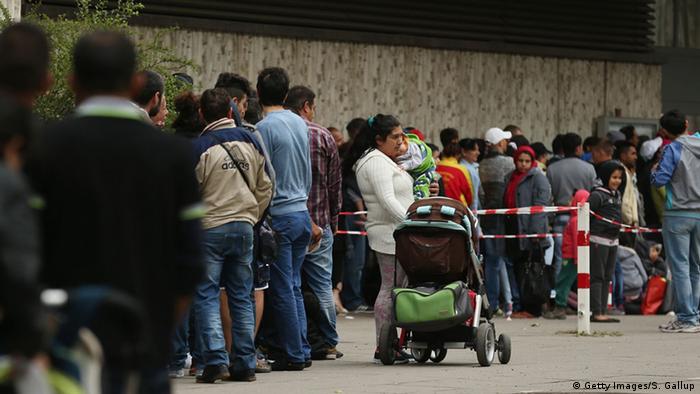 The latest statistics published in Saturday's edition of "Die Welt," which cited details of a telephone conference between the interior ministers of German states, revealed that 302,415 asylum seekers have already been registered between January and July of this year.

The figure quoted by the conservative paper is considerably higher than that provided by the Federal Office for Migrants and Refugees (BAMF) which recorded 258,000 current requests.

According to "Die Welt," the discrepancy is due to the fact that state figures have not yet been acknowledged at federal level and have therefore not been considered by the BAMF.

The refugees' office had initially expected 450,000 asylum seekers in 2015 but had to revise its forecast to an unprecedented 500,000 people. According to "Der Tagesspiegel" newspaper, unofficial "internal numbers" at BAMF have estimated that Germany will receive as many as 600,000 asylum applications in 2015. 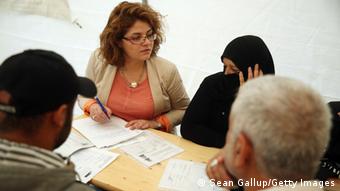 Due to its strong economic health, Germany has become the leading European destination for migrants in recent years, especially for those fleeing poverty, war and persecution.

Germany's states, which are redistributing asylum seekers on the basis of their capacity to do so, have repeatedly issued a cry for help as numbers continue to rise.

The German City and Community Association called on Saturday for a federal level task force to control the country's asylum policy.

Director of the association, Gerd Landsberg told local German paper "Neuen Osnabrücker Zeitung" that such a task force would be "an effective means to shorten the response time and improve coordination."

The agreed 1 billion euros ($1.1 billion) from the government for 2015 must be "at least doubled," Landsberg added. 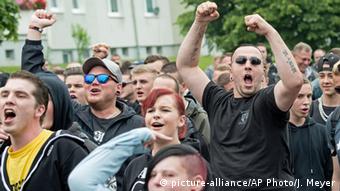 Right-wing demonstrators protest against a refugee home in Freital

"We must and we want to reinforce this," Hendricks told "Rheinische Post" newspaper. The German government currently provides 518 million euros per year for social housing across its 16 states.

Another problem facing Germany amid the huge influx of asylum seekers is xenophobia, particularly in small towns where few foreigners live.

Since the start of the year, violent incidents against refugee accommodation or planned homes have increased significantly. Officials recorded 202 attacks in the first six months of this year alone - the same amount as there were in the entirety of 2014.

"Regardless of the reasons why people come to us and how long they stay - we must protect them better," wrote Maas in an article for RedaktionsNetzwerk Deutschland.

German government has removed a legal obstacle for certain groups of young refugees who want to work as interns. German companies, opposition parties and local officials are pushing for even more reform of the system. (29.07.2015)