A study by a major German credit insurer has shown an increasing number of large firms filing for insolvency could have a domino effect on the entire German economy. Weak growth is also predicted for 2020. 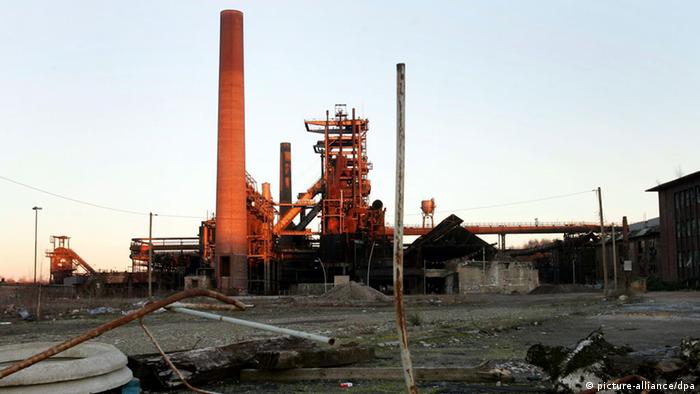 Significantly more German companies filed for insolvency in 2019 than in 2018, according to a study by German credit insurer Euler Hermes.

According to the study, the insolvencies have hit a broad swath of important sectors like manufacturing, services, retail and energy.

"Many sectors are facing numerous challenges that they need to overcome," said Ronald van het Hof, chief of Euler Hermes in Germany, Austria and Switzerland.

"Almost all companies in Germany are dealing with a massive structural shift with digital transformation and sustainability policies."

Overall, the most German insolvencies in the first three quarters of 2019 were in the retail and construction sectors.

"What is really dramatic about these large insolvencies is the domino effect on a lot of companies along the supply chain," said van het Hof.

If a large company goes under, smaller companies supplying parts, machinery or services can lose out on unpaid orders.

Read more: Opinion: Where the heck is this recession?

"It isn't unusual for them to be pulled into a downward trend, which in the worst case also ends in insolvencies," said van het Hof.

According to the study, the average revenue of the insolvent companies in the first three quarters of 2019 was €339 million — an 81% increase in damage to the economy from 2018.

For 2020, Euler Hermes is predicting a trickle of growth for Germany's gross domestic product (GDP) at 0.6%.

"The economy continues to grow, but only very weakly," said van het Hof," adding that if weak growth causes a downward spiral in consumer spending, a bastion of stability for the German economy, a technical recession could be on the way in 2020.

The strategy outlines a set of policies to give "a lasting boost to the competitiveness of the entire industrial sector in Germany and Europe."