Opinion: Where the heck is this recession? | Business| Economy and finance news from a German perspective | DW | 08.11.2019

Opinion: Where the heck is this recession?

Many people obviously can't wait to see the German economy plunge into a vale of tears. Of course, bad news tend to sell better, but DW's Henrik Böhme says the realities on the ground are different. 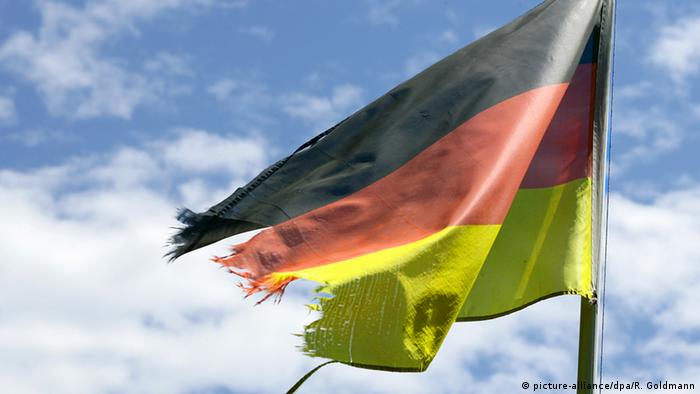 Next Thursday, Germany will officially slide into recession when third-quarter growth figures for Europe's powerhouse will be released. The odds are that statisticians will announce "negative growth" to use a trending euphemism. Given that growth had dropped in the second quarter too, it would mean that Germany is in a recession, at least in technical terms.

I can already imagine the alarmists dominating public debates on the state of the economy. "We've told you all along," they will say, "we're caught in a downward spiral, and the end of the world is firmly in sight anyway."

But none of this is true.

Uncertainty wherever you look

First off, it's a technical recession only, meaning economists call it a recession because they've come up with that arbitrary definition of a recession being a recession when an economy logs negative growth in two consecutive quarters.

Secondly, most pundits agree that it won't get really bad, with the current weakness being only temporary. They reckon the German economy will record some moderate growth for the whole of 2019, albeit only 0.5%.

Don't get me wrong. Many companies are indeed struggling with uncertainty over trade conflicts, not only between the US and China. Then there's the never-ending Brexit saga.

Germany's mechanical engineers and chemical factories see this uncertainty impacting their order books. Carmakers and their suppliers are undergoing the biggest restructuring campaign ever. There's no question that the problems of the country's largest industries are taking their toll.

But the current uncertainty is also rubbing off on those who come up with regular forecasts. More often than not these forecasts aren't exactly reliable as things around us have become more complex and many forecast models are a leftover from the analogue world.

Digital disruption hasn't found its way yet into any of these calculations. This why industrial output in Germany surprisingly rose in August, although most predictions had suggested a decline. But those making those predictions hastened to comment that the uptick in output could only be temporary and would be replaced with a drop in September.

But what happened? You may have guessed by now — September also saw a rise in industrial orders in the country. Because of this, and because of positive cyclical indicators, observers now believe that the German economy may well return to a path of growth toward the end of the year. That's bad for all those predicting a major slump.

People tend to forget that Germany has already seen about a decade of economic expansion. Many companies were unable to accept new orders as they were taxed to capacity. The much-talked-about lack of skilled workers has provided evidence of the enormous demand at hand.

There had been fears of the economy overheating, with the prospect of drastically rising consumer prices dangled before us. This is why some companies are not so unhappy about the current moderate cooling. And let's not forget that the economy develops in cycles, meaning that both upswings and downturns are normal.

Of course, that doesn't help automotive industry suppliers building gearboxes for Daimler or Volkswagen — companies that need a lot fewer of them as they switch to the production of electric cars. Companies are facing major challenges to adapt to the new realities, but that's not really anything new. Without that ability, German companies, and particularly small- and medium-sized enterprises, wouldn't be what they often still are — global players.