In most countries, the global financial crisis has led to a ballooning of sovereign debt levels. Large-scale economic stimulus programs and bank bailouts have been a costly affair, a fresh study bears out. 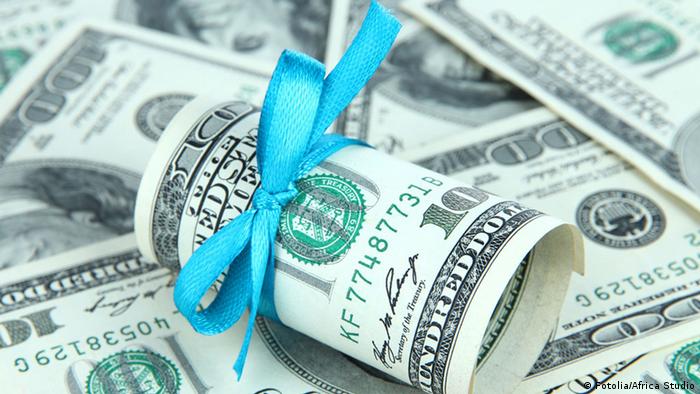 Some 10 years ago, at the height of the global financial crisis, many economists warned against forthcoming state bankruptcies, hyperinflation and the need for crisis-mode currency reforms.

And who would have argued with them that the dangers of that happening were very real?

"We now know that these doomsday prophecies did not come true — there was no need for currency reforms," says a study by Berenberg and the Hamburg Institute of International Economics HWWI).

"Even the euro, which suffered a severe loss of trust in the interim, did not implode, and there has still not been any significant consumer price inflation in the major industrial countries — and with the exception of Greece, there were no state bankruptcies."

The survey doesn't fail to notice, though, that in a majority of nations, the global financial crisis has led to a steep increase in sovereign debt.

Governments across the world came up with extensive economic stimulus packages to cushion the impact of the crisis and to counter the collapse of private-sector spending. On top of that, central banks initiated drastic interest rate cuts as part of their expansive monetary policy that's only now being wound back.

Add to this the vast amounts of money used to bail out struggling lenders (yes, those "too big to fail"), and you get an idea of how heavy the financial burden has been for many governments. The upshot of it all has been a dramatic rise in sovereign debt, which had already been running at high levels before the crisis kicked in.

The study points out that in the eurozone, sovereign debt-to-GDP ratio rose by 14.5 percent between 2008 and 2018. Debt levels of the major industrial nations (G7) climbed by 27 percent in the same period. The United States has no small share in this, seeing its debt-to GDP ratio surge by 31 percent to reach over 100 percent in the corresponding period (see infographic).

Some figures are truly mind-boggling. "In terms of industrial countries, Japan has by far the highest debt level, amounting to 230 percent of GDP in 2017," the study says. "There are no signs of saving, with government spending set to increase further."

Far less dramatic are the figures for the world's second-largest economy, China. There, the debt ratio is around 50 percent of GDP and is the lowest among the major national economies. On the other hand, it's a rather high level for an emerging country, while corporate debt levels of over 160 percent are a true cause for concern.

Germany is one of the few countries that have bucked the trend. The beginning of the global financial crisis wouldn't have suggested a better performance over time as the debt ratio and public deficit levels rose in Germany, too.

But the country logged a balanced budget in 2014 and later managed to record budget surpluses, helping the government to actually reduce sovereign debt in relation to gross domestic product, but also in absolute figures.

"The year 2017 marked the first time since 2010 that debt returned to a level below €2 trillion ($2.27 trillion)," the study noted. It added that the low-interest environment had certainly helped Germany to pull off that feat, but "it is, in particular, the powerful German growth levels and the resulting higher tax revenues that have led to this positive result."

Berenberg said the strong performance of the global economy had seen the issue of sovereign debt slipping out of focus in recent years, which didn't mean the problem had been solved.

It mentioned a number of key factors that could lead to a new debt crisis but hastened to add that such a crisis was not really around the corner yet.

Nevertheless, slowing growth would certainly not be conducive to nations' efforts to cut sovereign debt. Nor would be more interest rate hikes as envisaged by central banks over the next couple of years as this would increase governments' cost financing.

Rome and Brussels appear to have resolved their disagreements and reached a compromise, after Prime Minister Giuseppe Conte promised the EU that his country would reduce its 2019 deficit. (18.12.2018)