Rome and Brussels appear to have resolved their disagreements and reached a compromise, after Prime Minister Giuseppe Conte promised the EU that his country would reduce its 2019 deficit. 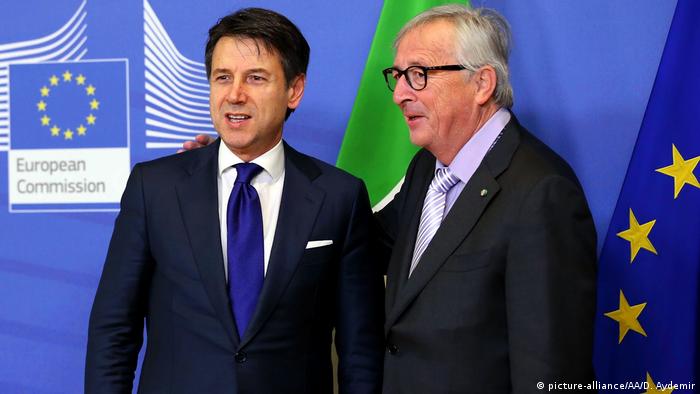 Italy's Economy Ministry announced on Tuesday that an informal agreement had been reached with the European Commission over its budget plan. The move would mark the end of a standoff between Italy and the EU over its debt.

"Great satisfaction for the result achieved," Deputy Prime Minister Matteo Salvini said in a brief statement. Salvini did not provide any details of the deal.

The agreement is expected to be made formal when it gains the approval of officials in Brussels on Wednesday, a spokeswoman of Italy's Economy Ministry said.

Prime Minister Giuseppe Conte urged caution, saying that "it is necessary to wait for the procedure to be completed in order to consider the negotiation definitively concluded."  He is expected to address the Italian parliament on Wednesday, his office said.

Conte announced last week that Italy was ready to reduce its 2019 deficit from 2.4 to 2.04 percent of gross domestic product (GDP) after a meeting with European Commission President Jean-Claude Juncker.

Clashing with the EU

With the proposal, Italy was expected to breach EU budget deficit limits, risking punitive action from the bloc. But Rome had staunchly defended the proposal, arguing that the new budget would "change Italy" and that it would enable the government to handle its debt, due to higher economic growth.

The European Commission's new rejection of the Italian budget is the first step in disciplinary procedures that may lead to hefty fines. In its report, the Commission said Italy has "seriously violated" EU budget rules. (21.11.2018)