Italy between debt and utopian dreams | Business | Economy and finance news from a German perspective | DW | 17.05.2018

Italy between debt and utopian dreams

With a euroskeptic government coalition likely to take over the reins in Italy, fears are mounting that the problems in the eurozone's third-largest economy will only get worse. Financial markets are already jittery. 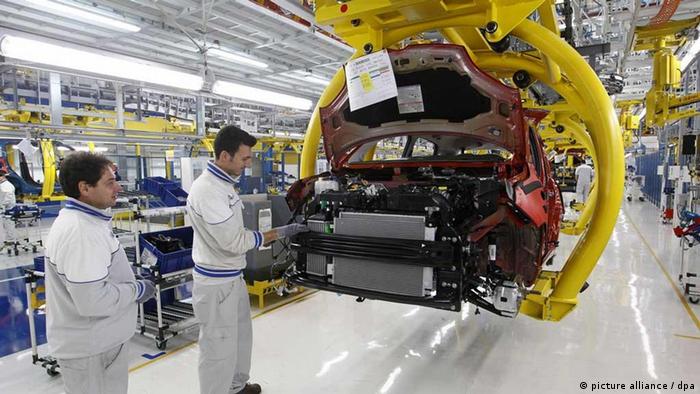 The latest media reports leave almost no doubt that the country will have a coalition government of the anti-establishment Five Star Movement and the nationalist, strongly euroskeptic League.

The two sides have already made it abundantly clear that with them at the helm, Italians could look forward to a drastic reduction of income tax, a pension reform and a basic income guarantee.

While these pledges are going down well with millions of Italians, economists have calculated the measures would cost the country €100 billion ($118 billion) annually.

The question that needs to be asked is whether Italy could afford this. A brief look at just one core economic figure alone suggests it cannot.

Italy is currently grappling with a public debt load of €2.3 trillion. The dilemma can perhaps better be described by saying that public debt in the eurozone's third-largest economy currently amounts to a staggering 132 percent of its gross domestic product (GDP), with only Greece logging a worse ratio among EU nations.

Among Italy's creditors is the European Central Bank (ECB) — it holds about a fifth of the nation's debt, while roughly 50 percent of it is held by domestic creditors.

In a nutshell, the debt load is far too big for authorities to go on a spending spree. But according to a document leaked to the Huffington Post, the League and the Five Star Movement were mulling a plan that would effectively require the ECB to cancel the repayment of the €250 billion it holds in Italian debt.

The paper also asked for other favors from fellow eurozone governments, basically saying that if they didn't play along, Italy would not stop short of exiting the eurozone. Both sides have meanwhile insisted the coalition paper has long been altered, with the core demands watered down.

"Especially that threat to drop out of the eurozone and ask for debt forgiveness has spooked financial markets, sending a clear signal to the next Italian government that those proposals should be withdrawn as soon as possible," ING Diba Chief Economist Carsten Brzeski told DW Thursday.

Italy's creditworthiness is currently rated lower than that of Spain and Portugal as political uncertainties of the country's future economic course take their toll among analysts and investors.

In a situation like this, borrowing money on financial markets will remain expensive for the country, but it's also clear that it has to spend public resources to fuel the economy and create more jobs.

"No one will oppose more investment in Italy and no one will oppose policies that create more growth in the country, but policymakers don't want to see measure that could lead to a next euro crisis," Brzeski commented.

Not a second Greece?

But the big question will be just how much to spend and on what. Make no mistake: Italians would hate to take part in yet another experiment involving harsh austerity measures. 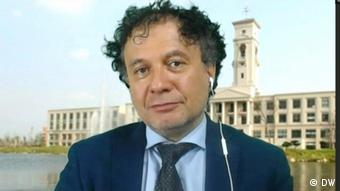 Michele Geraci argues austerity would be the wrong recipe for Italians

"Remember the beginning of the global financial crisis in 2008," says Michele Geraci, an economic expert from Italy who currently heads the NUBS China business school.

"Back then the International Monetary Fund was telling us that austerity works during times of crises, but a few years later, they came back and said 'no it doesn't work.'"

Geraci, who is seen by some to be in line to become Italy's next prime minister, told DW the IMF, in a policy U-turn, advised crisis-hit nations later to spend and invest more. "And that's exactly what Italy needs to do now," he insisted.

Geraci seemed less concerned about whether Italy could afford such a strategy. "We have to do it at almost any price, and if we cannot afford it, we need to find the money for it somewhere."

What are the main tasks for Olaf Scholz and Germany's new government? 09.12.2021

Germany's incoming coalition government needs to hit the ground running. Fighting the COVID pandemic is the most pressing task.

COVID and climate change put a strain on Germany's finances 27.12.2021

The pandemic has torn a deep hole into Germany's budget, which is being plugged with more and more new loans. The new government's mountain of debt has grown to over €1.4 trillion. More money will be needed in 2022.