Early August brought two tourism-related headlines to Italian papers which, when put together, revealed much about the tragic lost potential of the country’s long-suffering south. Megan Williams reports from Rome. 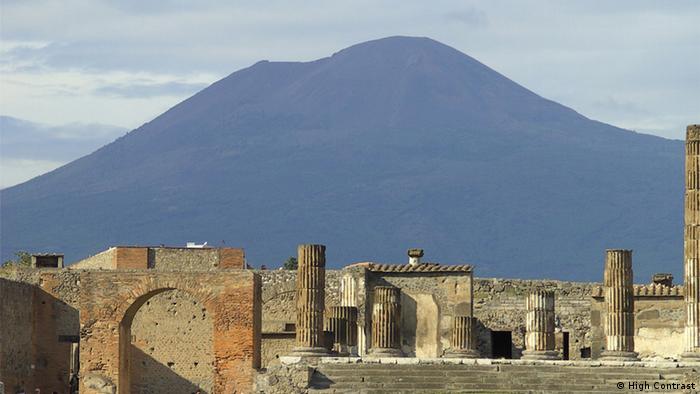 The first was good news: after several years of a slump in vacationers, tourism was up throughout Italy, especially in the south. In a country where tourism accounts for almost 11 percent of GDP, this is of no small significance.

The second item, which came a few days later, was not so good: Angry tourists in Pompeii demanded to know why the Large Gymnasium - a section of the ancient ruins that had been freshly restored and inaugurated by Italy's Minister of Tourism just days before - was suddenly shut to the public.

Much ado was made in the Italian press about the first story, with the hotel association Federalberghi announcing that tourism was up by 7.7 percent overall, 8.6 percent among Italians.

While the increase could well be the result of record hot temperatures following several summers of rain, Prime Minister Matteo Renzi tweeted the data as "good news for Italy's south," where the rise in visitors was strongest.

Renzi's tweet, however, was likely more cheerleading than true belief in an upswing in the south. Just days before, the Association for Industrial Development in Southern Italy (SVIMEZ) released a set of astoundingly depressing statistics on the economic shape of Italian regions south of Rome.

After a seven-year recession, the historically underdeveloped economy of the south has shrunk 11 percent, compared to 4 percent in northern Italy. As the region has de-industrialized, employment is among the lowest in the EU, with one in three southerners at risk of poverty. Record numbers of young people departing and a birthrate the lowest in 150 years are turning much of the south's centers into ghost towns. The report's overriding observation hit hardest: economic growth in Italy's south is more sluggish than that of even Greece.

A plea from Roberto Saviano 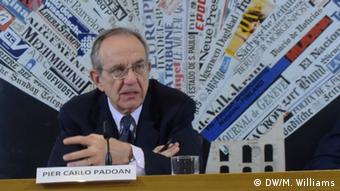 Italy is nothing if not a tale of two countries: the prosperous north and the underdeveloped, mafia-infested south. Yet even seasoned observers were rattled by the latest statistics.

Anti-mafia activist and writer Roberto Saviano sent an impassioned open letter to Renzi, urging him to not abandon the Mezzogiorno, as the region is called in Italian.

"Despite it's long overdue and de-industrialization has destroyed the economy of the south, you must act. But first, admit that so far, nothing has been done to help the south," he wrote.

What Mezzogiorno needs, he went on, are solutions that are not a repeat of northern imposed initiatives geared to "help" the south, but rather reforms that give the region the freedom to grow its own way. Renzi's response? A terse, "Quit whining about the south."

Yet Renzi and his government are well aware that they ignore the problem of Italy's depressed south at their own peril. Soon after he promised a "master plan" addressing the south to be released in the fall, though what might be in it is far from clear.

Minister of Economy Pier Carlo Padoan offered generalities. In early August, he told a small gathering of foreign journalists in Rome that Italy would take "no special approach" to the economic problems of the south. Instead, he said, it would "apply even more intensely there national reforms such as public investment, clearing away bureaucratic and administrative obstacles, and a focus on good projects that are 'bankable.'"

Tackling the root of the problem

But Elisabetta Addis, an economics professor at the University of Sassari in the southern region of Sardinia, says to talk about bolstering the economy of the south without an explicit plan to tackle organized crime will change little.

The mafia once went after shopkeepers by coercing from them a slice of their profit in the form of pizzo or protection money. Now, she said, they go after public money. 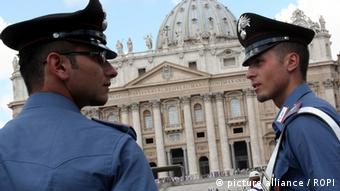 Almost powerless to fight the corruption

"I'm very much a Keynesian economist, I believe that increasing public spending has a tonic effect on the economy," Addis told DW, "but that's provided that money is not alimenting mafia and corruption. The Keynesian approach works in a legal economy, not when there are kickbacks tied to every public project."

Addis says that setting up good governance with transparency and accountability is a first, essential step that no Italian ruling party has yet been able to implement.

"De-industrialization has swept all of Italy. Once Europe was made and the eurozone moved forward, it was clear southern Europe would become de-industrialized as specialization increased. That's not the problem."

What is, she says, is that Italy's south has yet to turn its biggest resource, namely, a spectacular range of historical sites and natural beauty, into a well functioning tourism industry.

This brings us back to the second of those tourism-related news items from early August, the one about Pompeii. The once buried city is southern Italy's most famous site, biggest tourist attraction and easily one of the most poorly managed archeological sites in the country.

After seven years of closure due to painstaking renovations, the Large Gymnasium of Pompeii will now remain closed until at least October due to a lack of personnel.

So much for taking advantage of the rise in tourists this year.