Italian banks are in trouble, burdened by an estimated 200 billion euros' worth of non-performing loans. Now bank balance sheets are to be cleaned up. But will that be enough to re-start Italy's sputtering economy? 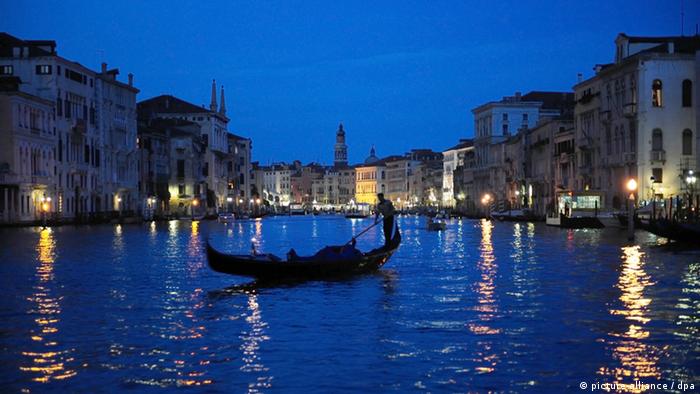 Italian prime minister Matteo Renzi was in Berlin on Friday to pay a visit to German chancellor Angela Merkel. They'll have had much to discuss: European refugee policies, the Syrian war, relations with Russia.

And perhaps they'll also catch up on the state of Italy's banking system.

It's been known for years that Italy's banks are carrying a lot of dead wood on their balance sheets. The ratio of non-performing loans (NPLs) as a proportion of banks' loan books was recently estimated at 17.5 percent for the banking system as a whole.

The level of bad loans burdening Italy's bank balance sheets is much higher than in other major European countries. As of 2015, two percent of the loans on the books of German banks were classed as impaired; France's number was four, and Spain's seven percent, according to Royal Bank of Scotland (RBS) estimates.

Banca di Monte dei Paschi di Siena, the world's oldest surviving bank - it was founded in 1472 - has a particularly droopy loan book. It reported having nearly 47 billion euros ($51 billion) in "gross non-performing exposures" at the end of December, more than any other Italian bank.

The Italian banking system's high NPL ratio isn't news, but Italian bank shares have had a dismal ride over the past few months, and a sense of impending crisis has grown since the turn of the year.

Shares in Monte dei Paschi di Siena declined by nearly 70 percent between the beginning of October and mid-January. Four other major banks declined between 20 and 40 percent. 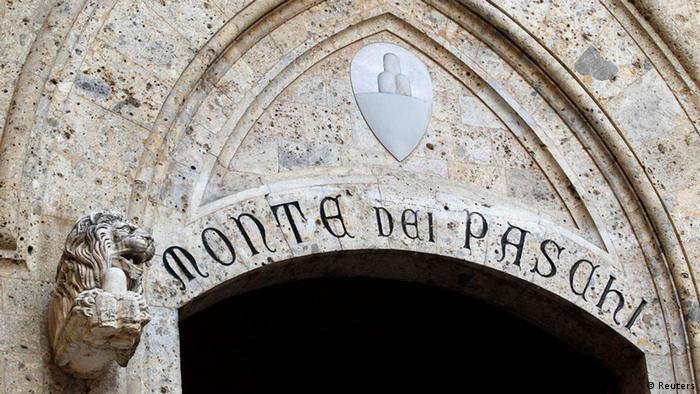 Banca Monte dei Paschi di Siena was founded by the magistrates of Siena, a hilltop city-state in Tuscany, in 1472. It may not last much longer as an independent institution

"If you look at the situation of Italian banks rationally, there isn't any reason to fear a crisis in this area," Salvatore Rossi, a senior deputy governor of the Bank of Italy, told DPA news agency, suggesting that global factors were the main reason for the recent slump in share prices.

But even if that were really the main problem, a loss of trust in the banking system can have serious macroeconomic consequences, as Europeans have been repeatedly reminded since September 2008.

The "bad banks" will raise money from investors to buy portfolios of impaired loans off banks like Monte dei Paschi, UniCredit and Banca Populare - at steep discounts, of course. The idea is that some of those bad loans will eventually get repaid, at least partially; the portfolios aren't completely worthless.

Vestager insisted on a deal intended to prevent Italy's government from taking part of the banks' accumulated losses on its own balance sheet, because that would contravene European rules against state aid to the financial sector.

Government guarantees will provide partial protection to bad bank investors. But in return, Italian banks will buy default insurance for their NPL portfolios at prices meant to accurately reflect each portfolio's risk of default. This will hopefully allow the Italian Treasury to avoid taking net losses.

In addition to the bad bank deal, some bank mergers may be in the offing. Monte dei Paschi saw a welcome respite from its downward share price slide on Friday, gaining as much as 9.3 percent compared to its opening price as a result of news that CEO Fabrizio Viola had said he was favorably inclined toward a merger with UBI Banca - itself the product of a merger between two big Italian banks back in 2007.

"Purely from the point of view of bank branches, a merger with UBI has positive aspects, because there is no geographic overlap," Viola told "La Repubblica" newspaper on Friday.

Italy has the highest debt-to-GDP ratio among Europe's five largest economies; it reached 136 percent in Q2 2015. It booked a tepid return to GDP growth last year, at 0.8 percent, but at the price of running a fiscal deficit of about 2.6 percent. The country's south remains mired in corruption and poverty.

Nevertheless, the Prime Minister has been attempting to talk up his country's prospects. "Investing in Italy today is one of the best decisions: a stable country, a solid system, no geopolitical tension. Investors know that," Renzi told "Il Sole 24 Ore" newspaper this week.

While restructuring the banks' balance sheets is a good step, it's unlikely to be the magic wand that restores Italy's economy to vibrant growth. There are serious structural problems that remain to be addressed, analysts say. 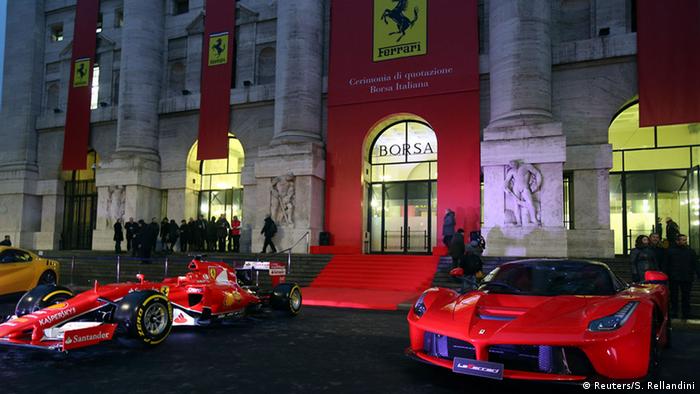 It's not all bad news from la bella Italia. Ferrari's listing on the Milan stock exchange in early January went well

"The Italian economy returned to growth last year, but the main reason was the big drop in the euro exchange rate, which helped Italy's exporters," Jörg Krämer, chief economist of Commerzbank, told DW. However, "the underlying structural problems in the economy haven't been solved," he said.

Commerzbank's Krämer listed Italy's problems: "The government's economic policy reform push is at a standstill, there are very high unit labor costs in Italy, productivity is stagnant, there's a wholly inefficient public administration," and that's why things are going badly for Italian firms and households - and consequently also for Italy's banks. Firms' revenues and margins have been weak, and that's reflected in the high rate of impaired loans on bank balance sheets.

Krämer's take-home message was clear: If Italy is to avoid running up another slew of non-performing loans over the next few years, it needs more than some clever accounting in its banking system. It needs a major overhaul of its economic governance.