Multiple international organizations have expressed concerns about China's ballooning debt levels and warned the Asian giant could face a full-blown financial crisis should there be no action to counter the problem. 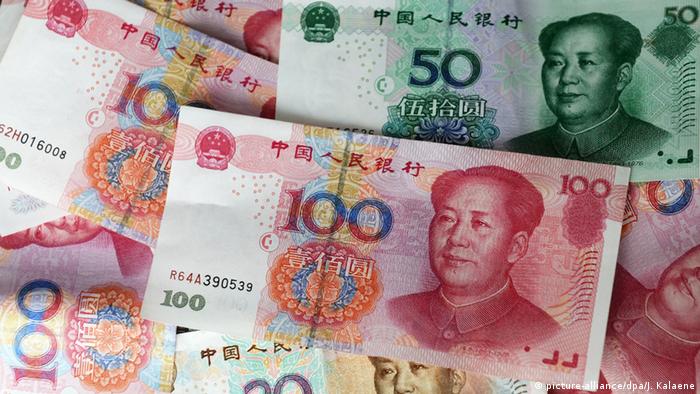 Soaring debt levels and increasing complexity of the financial system have been a source of heightened concern among China watchers in recent months. A number of global bodies, like the International Monetary Fund (IMF), have warned the problems could lead to "financial distress" in the world's second-biggest economy if the government doesn't put in place remedial measures.

The IMF estimates China's overall debt figure to be about 234 percent of gross domestic product (GDP) and predicts it to rise to 300 percent by 2022. Corporate debt currently stands at around 165 percent of GDP, and household debt is also spiraling upward at a rapid pace.

Furthermore, systemic risks to the financial system have grown over the past several years due to the expanding role of the shadow-banking industry. As a result, China is seen as one of the economies most vulnerable to a banking crisis, although Beijing has repeatedly assured that the risks are under control.

In a bid to tighten their grip over the financial sector, Chinese policymakers have focused on strengthening oversight and regulation. In the latest move, the country's leadership handed the People's Bank of China (PBoC), the central bank, the authority to write rules for much of the financial sector.

Also, the China Banking Regulatory Commission and the China Insurance Regulatory Commission will be merged as part of an overhaul aimed at resolving existing problems such as unclear responsibilities and cross-regulation as well as closing regulatory loopholes and curbing risk in the $43 trillion (€34.78 trillion) banking and insurance industries. The moves place the PBoC at the heart of the new regulatory structure for finance in China.

Experts say it's too early to say how effective this new structure would be in tackling the country's debt problem while ensuring that economic growth doesn't decelerate.

Last week, Premier Li Keqiang announced a growth target of around 6.5 percent for this year, the same level that it handily beat in 2017 thanks in part to massive government infrastructure spending and record bank lending.

Analysts argue that fixed-asset investment, the biggest engine of China's economy, has long been a contributor to the growth of debt. "China has relied on export and debt-financed fixed asset investment for growth for over two decades," said Ho-Fung Hung, the Henry M. & Elizabeth P. Wiesenfeld Professor in political economy at the Johns Hopkins University.

"And as the central government and banking system keep producing new loans to absorb the debt, it leads to the continuous debt buildup," he told DW. 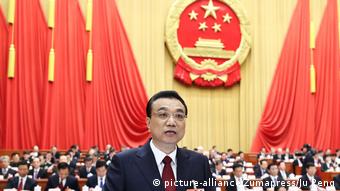 Last week, Premier Li Keqiang announced a growth target of around 6.5 percent for this year

Experts say the Chinese government needs to slow down the pace of infrastructure investment if it wants to resolve the debt problem. But they doubt that the government is willing to push ahead with such a measure.

"Because it [infrastructure investment] already is a large contributor to growth, slowing investment will substantially reduce growth rates," said Victor Shih, an associate professor of political economy at the University of California in San Diego. "This is not what the leadership wants."

BRI and its impact

This is where President Xi Jinping's signature "Belt and Road Initiative" (BRI) comes into play. The gigantic multibillion-dollar infrastructure development project seeks to build or upgrade a network of highways railways, ports and pipelines spanning Asia, Africa and Europe.

Some observers view the project as an instrument designed to help the Chinese economy, with state-owned companies in specific sectors expected to profit massively from its implementation.

But Andrew Collier, managing director at Orient Capital Research, says Chinese banks may remain cautious with regard to financing the BRI.

"The banks [may] remain leery of these projects because they doubt they will be profitable and they will be stuck with bad loans," said Collier. "In the end, we are going to see increasing defaults among smaller institutions, the collapse of some private loans through wealth management products, and growing layoffs in areas of the country with less political power."

Additionally, a study conducted by the Center for Global Development estimates that the initiative could increase debt sustainability problems in eight countries. To prevent sovereign debt risks from elevating in these countries, the study recommends China to multilateralize the BRI and adopt additional mechanisms to agree on lending standards.

Last week, the Chinese government set a fiscal deficit target of 2.6 percent of GDP for 2018, lowering it 0.4 percentage points from the 2017 target of 3.0 percent. It marked a first cut to China's budget deficit target in six years, and is viewed by many as a sign of Beijing's willingness to tackle the debt problem.

"I think it probably reflects a desire to address the problem," said Albert Park, director of the Institute for Emerging Market Studies at Hong Kong University of Science and Technology. "It is positive for growth in the long run, because it reflects a more disciplined investment environment and focus on more sustainable growth."

But analyst Shih believes that once China's economic growth drops to a certain level, Beijing would again resort to stimulus to boost expansion. "I still think that if growth falls below a certain level, the top leadership will order a stimulus, which involves acceleration in debt growth," said Shih. "That is the only viable tool in China's arsenal if the economy slows too much."

Still, the experts are of the view that China for now appears unlikely to face a full-blown financial crisis, as the government exercises significant economic control and possesses massive financial resources, which could come in handy should the need arise.

"I believe China has enough political control and channels of information to prevent widespread unrest," said Collier. "Any areas or large institutions in trouble are generally recapitalized by the state and workers are paid a modest sum as compensation for unemployment. However, it is going to be a mess unraveling, which may explain why President Xi is concentrating his power at a time when China's economy is still rising."

China: Trade war with US would be disastrous

China says it does not want to initiate a trade war with the US following Trump's decision to impose import tariffs on steel and aluminum. It, however, vows to defend its national interests amid American protectionism. (11.03.2018)