Mobility services for the elderly: Looking beyond the private car | Business| Economy and finance news from a German perspective | DW | 13.03.2019

Mobility services for the elderly: Looking beyond the private car

Owning a car still means a lot to Germans, especially older people in rural areas. But what if the elderly are no longer able to drive? A village near Berlin is pondering alternatives, as Hardy Graupner reports. 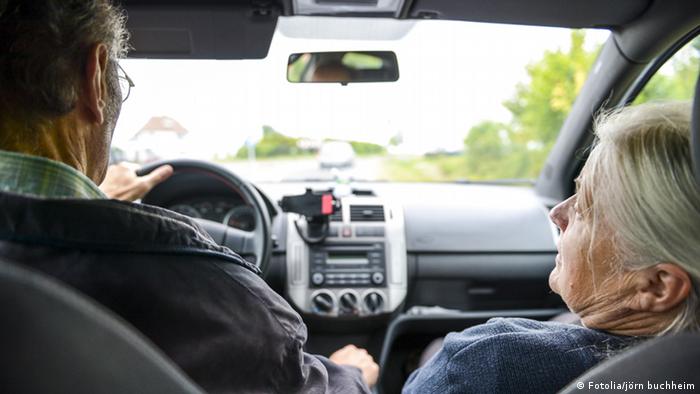 The village of Petershagen-Eggersdorf in the largely rural Eastern German state of Brandenburg has experienced a massive population boom for many years now. It now has more than 15,000 inhabitants, up from just 8,000 in the early 1990s.

A logical side effect of the increased influx has been more traffic, with a higher number of privately owned cars per family, according to the mayor of the twin village, Marco Rutter. That's causing a bit of a problem, especially for the growing number of elderly people living here.

"Despite some younger folks moving here, the number of senior citizens has been rising disproportionately," Rutter tells DW, noting that the trend will become even more pronounced in the years ahead.

"Up to 4,000 inhabitants are now between 55 and 65 years old, meaning that over the next decade we'll have a lot more people past the age of 65, plus a lot of people who statistically live a lot longer."

Rutter points out that increased traffic flows in the village have created a sense of insecurity among the elderly driving their own cars.

Making people give up driving in a car-mad nation like Germany is quite a challenge, even more so in rural areas where alternative means of transport are not always up to the mark. 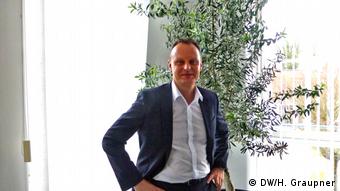 Petershagen-Eggersdorf doesn't have too much to complain about, though. It's hooked up to the S-Bahn train service taking people to the center of Berlin in less than an hour. It also boasts a handful of regular bus lines, taking passengers to a lot of places in the vicinity. However, many of the elderly residents are not using these services.
The bulk of them keep driving their own cars until their kids tell them it would be better not to. Many of those who don't have a driver's license look for help in the family or find something else to get from A to B, says Erwin Mattauch, who heads a regional office of the People's Solidarity, a charity looking after senior citizens.

"Some of our members, particularly elderly single women, have problems walking even a few hundred meters," he tells DW. "Some use all-electric scooters for their daily errands. Somebody else who can hardly walk told me he'd be finished without his car as he could not make it to the nearest bus stop, but such cases are still the exception rather than the rule in our group." 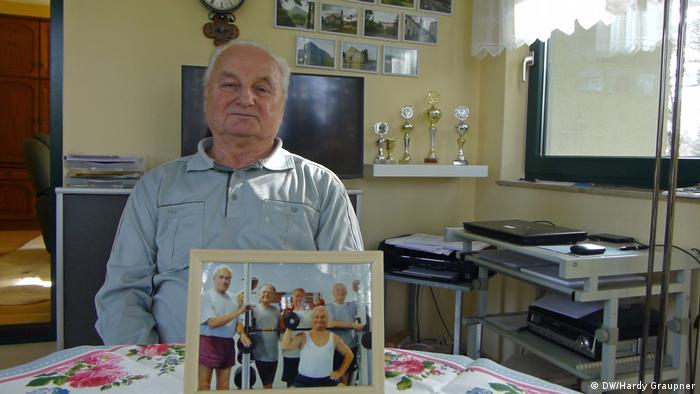 Erwin Mattauch himself isn't likely to give up driving any time soon. At the age of 79, he's still going strong as the photo in front of him indicates

When does the future start?

Considering demographic forecasts, the number of people in need of more tailor-made mobility services will soon be growing fast, particularly in rural areas across Germany.

Marco Rutter started thinking about possible solutions even before he was elected mayor. In particular, he has set his sights on autonomous, all-electric minibuses of the sort that have already been tested in the US, France, Switzerland and other countries.

There are also a number of pilot projects in Germany, including Birnbach in Bavaria, Hamburg and Berlin. So why not have such buses in his own community in the future, Rutter asks. They would ideally incorporate the concept of flexible virtual bus stops that are more easily reachable for people, with the buses dropping off passengers at different points along the way according to their wishes and instructions. It wouldn't quite be a door-to-door service, but almost. 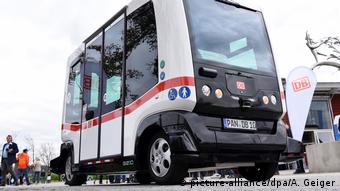 The community of Bad Birnbach in Bavaria was the first in Germany to start testing an autonomous, all-electric bus in public transport. It's operated by Deutsche Bahn

Rutter says it's a pity that current German laws from the 1960s are more often than not standing in the way of making such solutions a fast reality beyond the pilot stage as taxi companies and regular bus operators might complain about violated competition rules. But with a change in legislation in the pipeline, things may look different five years from now.

"Technically, such autonomous bus services are 80 percent of the way there. There are more and more big enterprises involved in pushing more flexible mobility services, such as IBM and Deutsche Bahn [Germany's main rail operator]," the mayor says. "This means that the pressure being exerted by the business community on German policymakers will increase so that project implementations can hopefully be sped up."

Seventy-nine-year-old Erwin Mattauch from the People's Solidarity charity says his people would certainly welcome more flexible bus services. But, he adds, they would have a problem with self-driving vehicles.

"I couldn't possibly trigger any excitement among our members for boarding a vehicle without a driver," Mattauch says. Seventy-eight year-old Anneliese Garske seems to prove him right. Although she can't drive herself because of impaired eyesight, she just can't warm to the idea of ever using self-driving vehicles.

"Wild horses couldn't drag me into a driverless vehicle," she says in a resolute tone.

But Mattauch believes future generations of pensioners will have heard, read and seen a lot more about autonomous driving. "They will most likely end up using driverless transport services without a second thought."

Seventy-four-year-old Alfred Schneider says he got his driver's license when he was 21 and still drives on a regular basis.

"But when the time comes and I'm no longer able to do so, I wouldn't be too choosy when an alternative service can pick me up any place near me and get me to where I want to go," Schneider says. "It wouldn't primarily be a question of me having faith in autonomous mobility services or not," he adds.

"Look, we've all been using trains and airplanes without being able to influence anything during the journey — so, what's the difference, if I may ask?"