Chinese tech and internet giant Baidu has begun volume production of the country's first commercially employed self-driving bus. The company said it would soon be rolled out in tourist spots and airports. 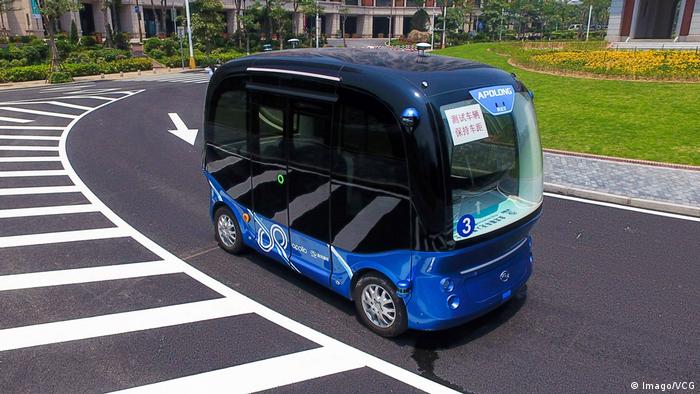 The 14-seater Apolong, about one-third of the size of a normal bus, has no steering wheel, driver's seat, accelerator or brake.

Powered by Apollo 3.0, the latest version of Baidu's open autonomous driving platform, the minibus is co-produced by Baidu itself and Chinese manufacturer King Long.

Apolong will soon be pressed into commercial use in enclosed areas such as tourist spots and airports in several cities including Beijing, Guangzhou, Shenzhen and Xiongan.

Early next year, Apolong buses are set to enter Japan's self-driving market as shuttle buses at nuclear power stations and in Tokyo to ferry around elderly people in local communities.

"In the past, China exported cheap commodities to the world," Robin Li said. "In the future, Chine will export AI technology."

China's Baidu rolls out driverless cars in China. Meanwhile, Tesla products have been banned by Beijing. The battle for dominancy in autonomous driving is not just about technology, but also data security.