German railway company Deutsche Bahn has introduced an autonomous bus to drive passengers along a pre-programmed route in Bavaria. In case of an emergency, a human driver can take control with a joystick. 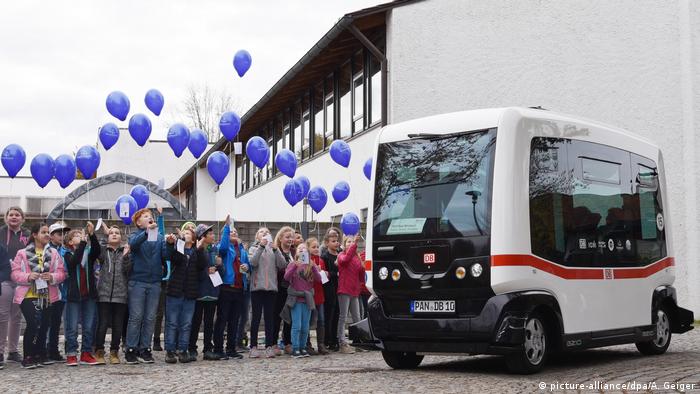 The electric vehicle delivered its first passengers on Wednesday in Bad Birnach, Bavaria, starting on its eight-minute route from the town's hot springs to the central area and the railway station. The EZ10 bus has six places to sit and can take in a further six standing passengers, and the ride is free of charge.

It's the first time a self-driving bus has been incorporated in Germany's public transport system.

Among the first group to ride the self-driving bus was Richard Lutz, the head of the German railway giant Deutsche Bahn (DB), the company behind the pilot project.

"We've just driven, completely autonomously, into a new era of transport," he said in a statement after the first trip. 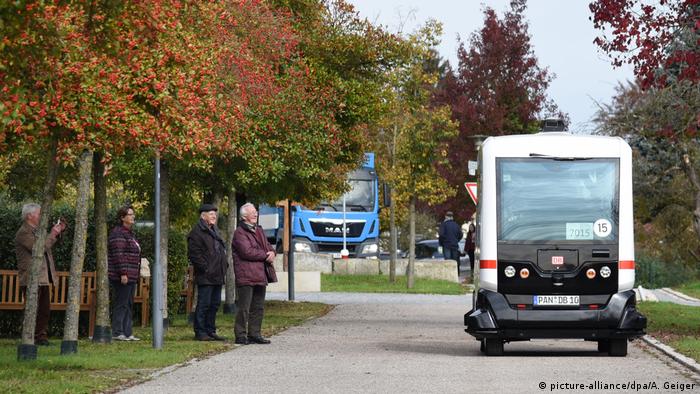 EZ10 has a top speed of 40 kilometers per hour, but it is currently limited to 15 kph

Joyriding with a joystick

The bus was developed by the French start-up EasyMile. It is equipped with sensors which can detect obstacles and activate brakes.The vehicle moves along a pre-programmed route with its speed initially limited to 15 kilometers (9.3 miles) per hour on a road with a 30 kph speed limit. Also, the bus is not yet capable of avoiding obstacles on its own. In case of an emergency, such as a car wrongly parked on the route, a human can take control of the bus by using a joystick. 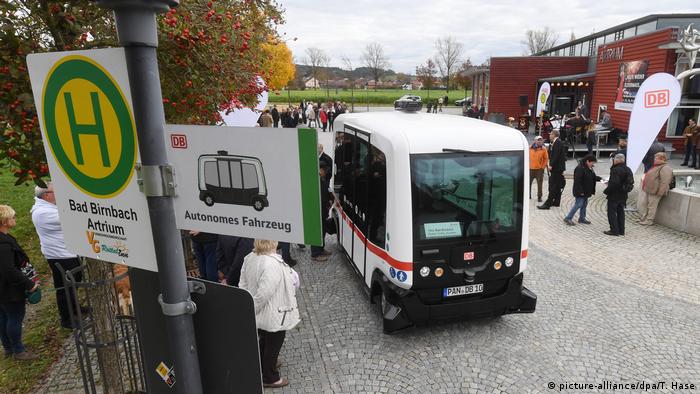 DB hopes that similar buses will soon operate like a private car service, traveling to passengers' homes on demand and bringing them to the station.

Read more: Daimler and Bosch team up to build 'robo-taxis'

Several similar lines are set to be launched in Germany next year, including one in Germany's second largest city, Hamburg.

Other cities across the world, including Paris, Lyon, Las Vegas and Dubai are also experimenting with autonomous vehicles.