A handful of Germans only paid around 5% tax on inheritance or gifts totalling €31 billion last year, a newspaper report has revealed. Critics say Germany is a "tax haven for multimillionaires." 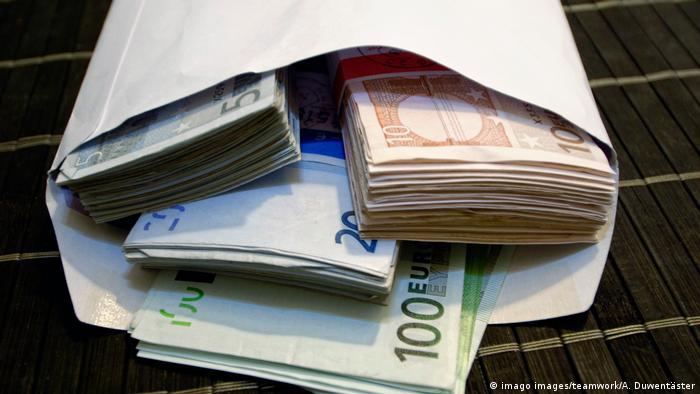 Germans who inherited wealth worth over €10 million ($11 million) in 2018 hardly had to pay any wealth or inheritance tax, the Süddeutsche Zeitung (SZ) reported on Monday, referring to the government's response to a query from the opposition Left party.

According to Federal Statistics Office figures quoted by the paper, 600 rich Germans inherited last year wealth valued at around €31 billion paid a tax rate of around just 5%.

One reason is that fortunes are often passed down in the form of shares in companies.

Taxes levied on those inheriting wealth over €100 million were even lower. They paid an average tax of 0.2%, according to the government's response. In two-thirds of almost 40 such cases, wealth passed down completely tax-free.

"The higher the inherited or gifted assets, the lower the tax burden," Dietmar Bartsch, the head of the parliamentary Left party, told SZ, adding: "Germany is a tax haven for multimillionaires."

Observers say tax policies over the past two decades have led to greater income and wealth disparity in Germany, with rich households benefiting from reductions in the top tax rate as well as the reform of inheritance tax.

Today, 45 households in Germany own as much wealth as the poorest half of the population, according to the German Institute for Economic Research (DIW).

Calls have been growing louder in the country for the reintroduction of a wealth tax to halt the increasing divide between the rich and poor. Such a tax last existed in Germany in the mid-1990s.

But industry groups vehemently oppose the measure, arguing that it would have an adverse effect on economic activity, particularly Germany's small and medium-sized enterprises (SMEs), which provide well over half of all jobs in the country.

"If a company is bequeathed or given away, it usually requires the payment of far less tax than say, for example, inheriting securities or real estate,” Stefan Bach of the German Institute for Economic Research told SZ.

The Munich-based Ifo economic institute concluded in a 2018 report that the sector would be particularly at risk if the bar for wealth taxation was set too low.

WHO: Poorer nations to get first 40 million vaccines next month 2h ago

US to review Afghan peace deal with Taliban 2h ago