Migrant relocations from Italy and Greece drawing to a close

Germany has said it is resettling the last few migrants from Greece and Italy under the EU's relocation scheme. Germany took in just over one-third of the expected number of refugees under the agreement. 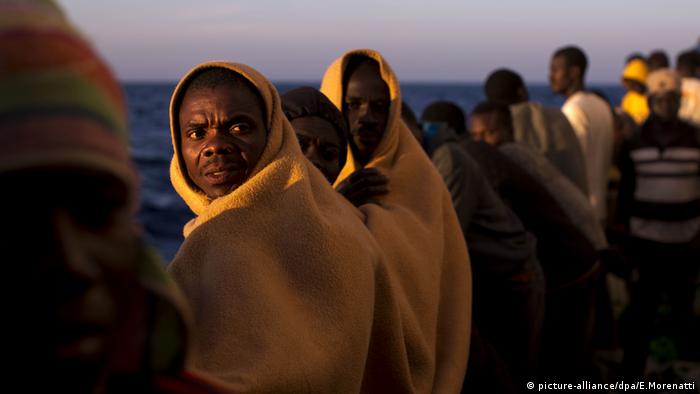 Germany's Interior Ministry said on Monday that it will only resettle a small number of migrants from Italy and Greece in the coming weeks, as the European Union's migrant relocation program draws to a close.

An Interior Ministry spokesperson told DW that far fewer people had fulfilled the necessary criteria for relocation than first expected. "There are now virtually no more asylum seekers in Greece who could be considered for resettlement," according to the Ministry. To qualify, applicants had to be from a country where the chances of asylum are at least 75 percent.

Last month, some 500 migrants were still waiting to be relocated from Italy to Germany, while in Greece the number less than 40.

"The relocation scheme ended in September 2017, meaning all applicants arriving after that date will no longer be eligible for resettlement," Annegret Korff, a speaker for the Interior Ministry, said.

"Germany largely completed all outstanding relocations by the end of 2017. In the coming weeks, Germany will only carry out the odd resettlement case that was left outstanding from last year."

The program to relocate migrants landing in Greece and Italy was launched by the European Union in the wake of the 2015 migrant crisis.

Initially, EU member states agree to relocate some 160,000 refugees between them from the bloc's two main points of entry by September 2017. The number was revised to just under 100,000 after officials found that fewer people were eligible under the scheme that first expected.

Although the temporary progam has since passed its deadline, the final few migrants that qualify for resettlement are still awaiting asylum.

The EU had expected around 100,000 migrants to be resettled across its member states, with Germany slated to take in 27,000. Ultimately, though, only 33,000 took part in the scheme across EU member states.

Germany, which took in over 10,000 migrants, "resettled the most people by far," according to the Ministry.

The final part of the initial scheme will see some 3,000 African migrants who landed in Italy receive asylum to elsewhere in the EU.

However, with more migrants expected to attempt the Mediterranean crossing from Africa into Europe this summer, it remains unclear how the EU's future migration policy will look.

The notion of refugee quotas has split EU member states, with countries like Poland, the Czech Republic and Hungary refusing to take in any migrants under the scheme.

This has led some officials, including EU Council President Donald Tusk, to question to the effectiveness of a quota scheme. EU Interior Ministers have set a June deadline to establish a new pan-European asylum policy.