The question of refugee quotas has caused a divide between European Union countries, particularly between the east and west. Can the 28-nation bloc finally agree on asylum reforms before another migration crisis occurs? 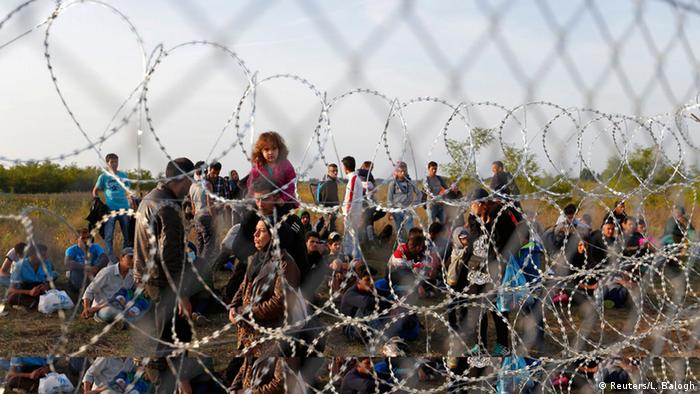 Interior ministers from EU nations met in Sofia, Bulgaria on Thursday to discuss reforms to Europe's asylum rules aimed at easing split views on migration between the east and west.

The controversy over refugee quotas has delayed progress in reforming European asylum policy, but now there are signs of a breakthrough ahead of a June deadline to overhaul current rules on migrant distribution.

German Interior Minister Thomas de Maiziere hinted Berlin was willing to drop its insistence on quotas in order to make progress on asylum policy reform, saying "We will decide on this at the end of the negotiations."

"Today it is Italy and Greece that are under huge pressure but nobody can assure us that the future is not holding some surprises in other parts," the former Greek foreign minister and Athens mayor said.

Czech Prime Minister Andrej Babis said his country, which has similar views on migrant quotas as other countries in the Visegrad Group including ex-communist states Slovakia, Poland and Hungary, would not change its stance.

"It is known that we want to fight against these quotas," Babis said. "The quotas are ineffective and a compromise is needed."

How the 2015 migration crisis unfolded: War and poverty in the Middle East and elsewhere caused millions of people to flee their home countries. As points of entry, Greece and Italy were unable to cope with the sheer numbers and many migrants continued through to other EU countries.

Avoiding another migration crisis: Changes to the current European asylum rules, known as the "Dublin" rules, before June would lift the burden currently on Greece and Italy and potentially help avoid a repeat of the 2015 migration crisis that saw more than 3,700 migrants die on their journey.

How the EU reacted: The European Commission pushed through temporary refugee quotas in 2015. Eastern European countries have either refused or resisted taking in people seeking asylum. Hungarian Prime Minister Viktor Orban has been particularly vocal about not wanting to take in refugees, saying, "We don't see these people as Muslim refugees. We see them as Muslim invaders."

Missing on the way to Europe

This year might prove to be the deadliest for Mediterranean crossings since the refugee crisis began. The International Organizatino for Migration (IOM) says that the death rate has risen significantly compared to 2015. (26.07.2016)

The leaders of the "Southern Seven" met in Rome to discuss multiple problems facing the European Union. Migration was high on the agenda for many of the countries on the front lines of the recent migration crisis. (11.01.2018)

What does 2018 hold in store for Europe?