Merkel has said Russia may try to influence German elections through cyber attacks and a disinformation campaign. Analysts say Russia's objective is to destabilize and highlight faultlines within Germany and the EU. 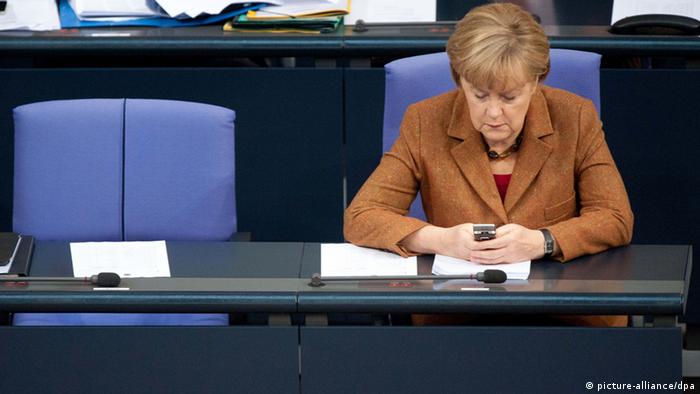 Chancellor Angela Merkel warned on Tuesday that Russia could try to influence next year's German national elections through cyber warfare and disinformation, an assertion that comes after Washington blamed Moscow for interfering in the US election.

Merkel told a conference that Germany already faced "a daily task" of responding to Russian cyber attacks and a disinformation campaign.

"We are already, even now, having to deal with information out of Russia or with internet attacks that are of Russian origin or with news which sows false information," Merkel said alongside her Norwegian counterpart Erna Solberg.

"That is why it can play a role in the election campaign," added Merkel, who still hasn't declared her candidacy but is widely expected to run for a fourth consecutive term in the September 2017 elections.

Authorities in Berlin suspect Russia to be behind a number of cyber attacks on German institutions, including an massive attack last year on the lower house of parliament, the Bundestag. Russia is also suspected to be behind cyber attacks on the headquarters of Merkel's conservative Christian Democrats.

Russia has already carried out an information campaign highlighting Germany's problems with integrating refugees, a hot button political issue that has raised support for the anti-immigrant, eurosceptic Alternative for Germany (AfD).

Analysts say that Russia targets Germany with cyber attacks and disinformation in an attempt to deepen existing divisions within Europe's largest economy and destabilize the European Union.

"Moscow's course is designed to weaken the EU as a whole in order to improve its chances of realizing its economic and security agenda in Europe," the Berlin-based SWP think tank said in a Russian foreign policy report in July.

Germany has sided with the United States and been at the center of the EU's response to Russia's annexation of Crimea and support for rebels in eastern Ukraine. Russia is seeking to sow divisions within the EU and Germany in order to unwind sanctions.

Merkel's comments come as the United States last month formally accused Russia of "interfering" in the US elections by hacking into hacking US political institutions, including that of Democratic candidate Hillary Clinton's campaign headquarters' computer.