The German chancellor met with a member of the "frugal four" to discuss the financial aspects of the EU recovery package. They talked about loans versus grants and how to better get the EU out of the economic downturn. 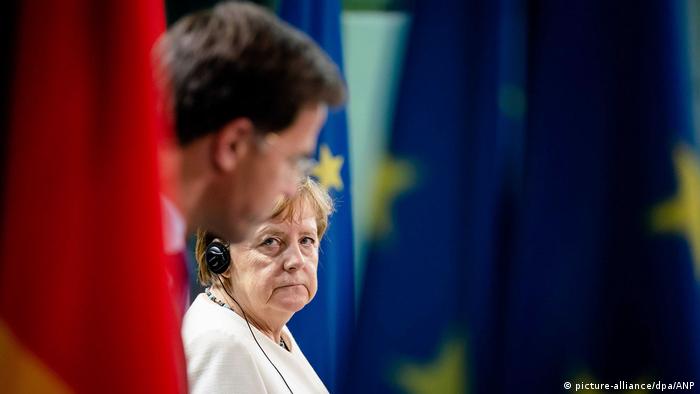 Germany and The Netherlands are preparing for a special EU summit on July 17-18, when many are hoping for an agreement on a proposed European Commission recovery package worth 750 billion euros ($851 million).

Rutte is a member of the "frugal four" with Denmark, Sweden, and Austria. These nations prefer loans than grants, and money to be linked to binding economic reforms.

He said that the establishment of a reconstruction fund was important, but "it is also important that such a fund is carried out together with reforms so that all EU member states are also strong, and in the event of a subsequent blow, such a fund will not even be necessary.”

The German Chancellor told Brussels on Wednesday that she was seeking a compromise.

"Our common goal is to come to a consensus as soon as possible…I really hope that we can come to an agreement during this summer. This still requires a lot of willingness to compromise from all sides," said Merkel.

Rutte agreed with Merkel on Thursday, saying the pandemic has caused incredible damage to the continent.

"It is now vital that we deal this blow that Europe has suffered…we can beat it together," said Rutte.

Rutte plans to meet with the heads of Italy, Spain, and Portugal to discuss the recovery deal.

Germany's chancellor spoke on a wide range of topics in her first trip to Brussels since the pandemic caused lockdowns across the continent. But top of her agenda was the economic recovery from the coronavirus outbreak. (08.07.2020)