The coronavirus crisis will push Europe into a deeper recession than originally thought, the European Commission has said. But some economies are expected to fare better than others. 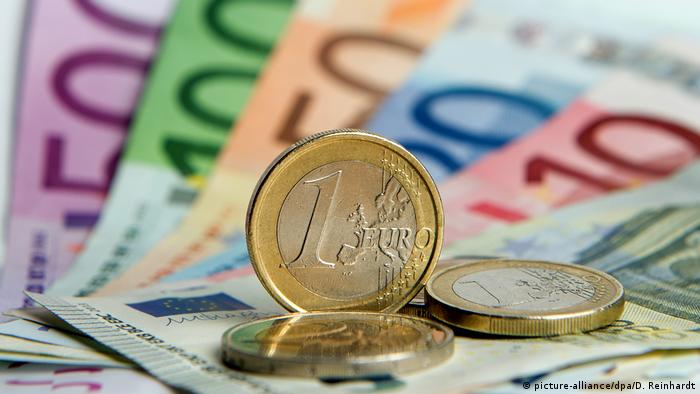 The eurozone economy will fall into a deeper recession this year than initially thought, and the recovery in 2021 will be less robust, according to an updated economic forecast released by the European Commission on Tuesday.

The revised forecast predicts the economy of the 19 nations that use the euro will shrink by 8.7% in 2020 before recovering with a growth rate of 6.1% next year.

It means that, in 2021, Europe will still be worse off than before the global outbreak of COVID-19 forced nations around the globe into lockdowns that drastically reduced commerce.

"The economic impact of the lockdown is more severe than we initially expected," said Commission Vice President Valdis Dombrovskis in a statement released with the updated forecasts.

"The summer forecast shows, first of all, that the road to recovery is still paved with uncertainty," the EU's economy commissioner, Paolo Gentiloni, said at a press conference in Brussels. "The expected differences among member states have also become larger."

The economies of France, Italy, and Spain are expected to contract by over 10% before making a partial recovery next year.

Germany, Europe's largest economy, is pegged to experience a relatively mild contraction of 6.3% this year followed by a rebound of 5.3% in 2021.

The Netherlands and Poland can also expect less extreme contractions, the report said.

"The policy response across Europe has helped to cushion the blow for our citizens, yet this remains a story of increasing divergence, inequality and insecurity," Gentiloni said.

"This is why it is so important to reach a swift agreement on the recovery plan proposed by the Commission -- to inject both new confidence and new financing into our economies at this critical time," he added.

The revised forecasts are based on a number of "critical assumptions," including no second wave of infections that would trigger renewed lockdown measures.

As main risks, the report cites unemployment, corporate insolvencies, the absence of a deal between the UK and the EU, and the increasing intensity of the outbreak in the US.

"At the global level, the still rising rate of infections, particularly in the U.S. and emerging markets, has deteriorated the global outlook and is expected to act as a drag on the European economy," the report said.