Coronavirus fallout: Cruising into the unknown | Business | Economy and finance news from a German perspective | DW | 06.07.2020

Did the coronavirus kill the party for cruise operators, or did it simply put the boom on hold? As DW Senior Business Editor Ben Fajzullin reports from Hamburg, consumers can be astoundingly quick to forgive and forget. 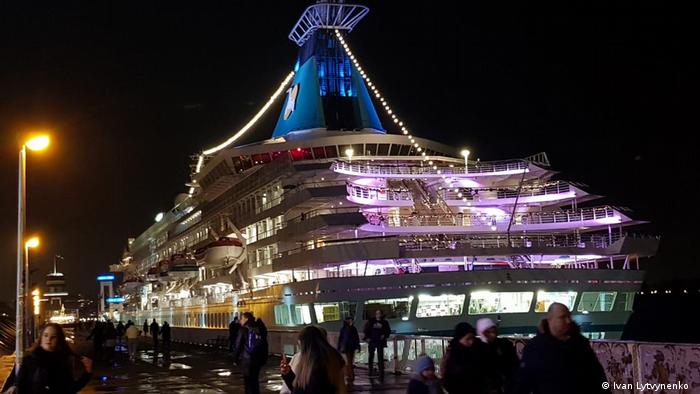 My Australian uncle just spent close to a month locked in his cabin on what he described as his "last cruise ever." No one died or caught the coronavirus, like on so many other vessels. But instead of sailing from Singapore to London, the ship brought him all the way back to Australia without a single stop along the way. That was followed by two weeks of mandatory quarantine in a Perth hotel.

One week later, my uncle emailed me to say he had already booked his next cruise! I couldn't believe it. He wrote that the company had given him a full refund for his "trip to nowhere," along with a 50% discount for a Perth-to-Singapore cruise next year — the opposite to what he'd just done, but with shore leaves this time. I wondered if that would be enough to repress those dreaded memories.

Not the cruise of a lifetime

Reports show the coronavirus broke out on at least 55 ships across the world's oceans. Some public health experts said the vessels helped carry the virus around the globe. Many sailed for weeks after the disease was first detected on a cruise liner. That was, until ports refused them entry, stranding tens of thousands of passengers and crew at sea — some for months.

A study in March by the Centers for Disease Control and Prevention linked cruise ships with 17% of coronavirus cases in the United States in the early weeks of the global spread of COVID-19. That included the Diamond Princess, the site of one of the world's biggest outbreaks. Prosecutors argued the Ruby Princess was the main importer of cases to Australia. A criminal investigation was launched. 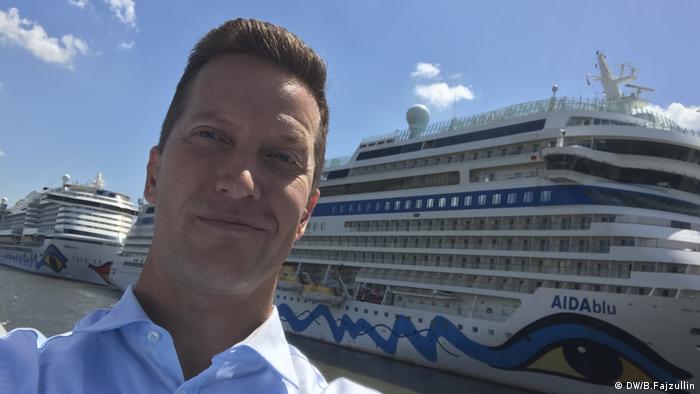 'The problem stayed on board'

However, the industry said it took extraordinary measures to limit outbreaks. The German government's maritime coordinator Norbert Brackmann (CDU) agreed. "The problem stayed on board," he told me. "The cruise liners are built according to the latest standards."

On a boat tour of Hamburg Port, industry veteran Walter Krombach told me cruise ships were more susceptible to the coronavirus than other places. "Where you have big crowds of people: 4,000 up to 6,000, plus the crew on a narrow area together, mixed together, the risk is there," he said.

Ukrainian cruise entertainer Ivan Lytvynenko was one of the thousands trapped aboard the German ship, MV Artania, off Australia, when the virus broke out. It led to evacuations and deaths. His main concern was the lack of medical equipment on board. "The ships don't have laboratories, to carry out tests. That's something they'll have to think about,' he told me.

Brackmann said "you can be certain, the cruise operators will be taking this experience from the pandemic and using it to ensure their vessels are even more secure in the future." But the big boats would have to consider setting sail with only half the passengers, if they wanted to adhere to social distancing rules. There was also talk of fewer stops and going local: discouraging passengers from flying to their port of departure and taking a cruise closer to home.

At least the big cruise operators scored well when it came to providing disinfectant on board to clean your hands. Whereas the rest of the world (except for parts of Asia) only just started installing disinfectant dispensers, they have been a mainstay in front of restaurants on cruise liners for years now. That is because they have had to deal with all sorts of outbreaks before: measles, chickenpox, salmonella, E. coli and the dreaded norovirus.

My holiday from hell

I caught the norovirus on my first and last cruise in 2016. I spent two whole days with severe chills, fever, diarrhea and vomiting, locked in my cabin. That turned me into a bit of a skeptic. Coincidentally, the Spanish operators of the cruise Pullmantur just went bankrupt. There were reports that its fleet of three ships (one just renovated in 2017) was headed for the scrap heap.

COVID-19 took its toll. But like any health scare, consumers tend to forget quickly. And those who only watched the drama unfold on their flat-screen TVs from the comfort of their own homes would feel even more disconnected from the horrors.

My parents were already planning their next cruise. My father has health issues and cannot fly. A cruise was a great solution to travel. But what if he were to catch something on board, stuck out at sea, with little access to medical equipment? It was something I worried about. 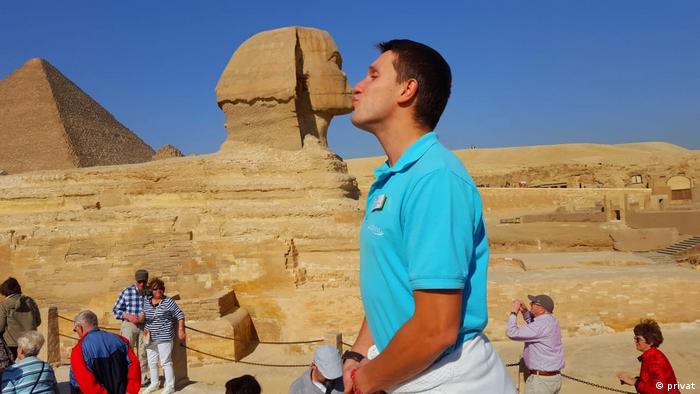 Ukrainian cruise ship entertainer Ivan Lytvynenko may enjoy this land excursion, but he's raring to return to work on the MV Artania

He was happy to hear that some of the first cruise operators were already gearing up for business again. In the same week that I was in Hamburg, a smaller expedition boat was the very first to venture back out onto the high seas for German customers. Less than a third of the boat was booked. As passengers checked in, staff checked their temperatures. I read that shore leaves were off the cards.

Whether it meant significantly fewer passengers or higher costs to offer what some companies called a "gold standard in public health," operators would be desperate to get any sort of revenues flowing again, after billions of dollars in losses and lawsuits. And the vast majority of firms continued to burn through billions in cash, with their vessels stuck in dock. Their share prices continued to take on water, as I wrote this article.

But booking platforms reported that reservations were surging again. Operators were offering big discounts, like in my uncle's case. On the one hand, some analysts expected another boom — even bigger than before the crisis. Krombach, on the other hand, told me the boom was well and truly over and that the industry would never be the same. "Everybody thought in that business that the boom would continue forever. Corona made a stop — a full stop."

Skyping with Ivan Lytvynenko, I was surprised to hear from him as well, that his ship was booked out. "Our passengers all want to come back. We're booked out for the next two years and I'm certain many, many people will want to do the trip."

And what about the 31-year-old, after being trapped with all those passengers and the threat of a highly contagious virus on board? "I can't wait. It's been my life the last 11 years. I've always been on cruise ships. I just don't know when I'll be able to again."