Chancellor Angela Merkel has ruled out any freeze on migrants entering Germany, claiming that it would be impractical. In a television interview, the chancellor said she was "convinced" that the country would cope. 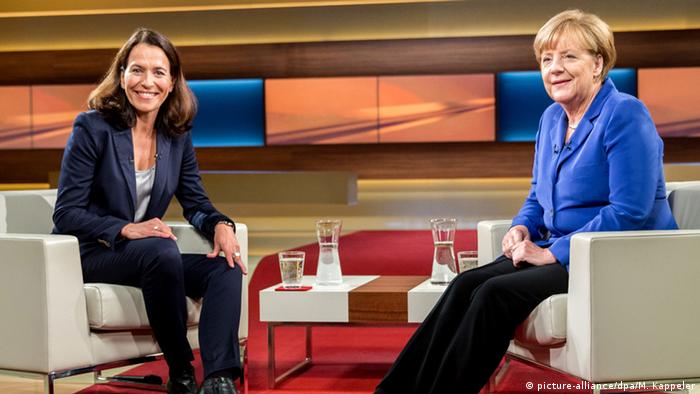 Asked in a television interview with German public broadcaster ARD, the chancellor said the introduction of a migrant limit would not be practical.

"How should that work?" Merkel told talk show host Anne Will. "You cannot just close the borders."

"There is no sense in my promising something that I cannot deliver," she stated, repeating an earlier assertion that Germany was able to deal with the crisis.

"We will manage," said Merkel. "I am quite strongly convinced of that."

The chancellor said that her duty was "to do everything possible and have optimism and inner certainty that this problem can be solved."

Merkel responded to criticism from Bavarian state premier Horst Seehofer, leader of Merkel's conservative coalition partner the CSU, that Berlin had no plan. "Yes, I have a plan," she stressed.

Seehofer warned on Wednesday that he might introduce "emergency measures" if the government did not limit the influx. He warned that Bavaria might send refugees straight on to other states, and set up transit zones.

Earlier in the day, Merkel had told the European Parliament that Europe needed to rewrite its rules on immigration.

"Let's be frank. The Dublin process, in its current form, is obsolete," Merkel told the assembly in Strasbourg, referring to the Dublin rules under which refugees must apply for asylum in the first EU country that they enter. The chancellor was delivering a joint appeal alongside French President Francois Hollande.

Merkel appealed for a new procedure to redistribute asylum seekers "fairly" throughout the 28-nation bloc.

German authorities said on Wednesday they had registered some 577,000 asylum seekers in the first nine months of the year, a third of whom claim to be Syrian.

That number was more than double the total arrivals for 2014, with Germany expected to receive as many as one million asylum seekers this year.

The German government on Monday denied reports in the mass-circulation daily newspaper Bild that the administration was expecting as many as 1.5 million migrants to arrive this year alone.