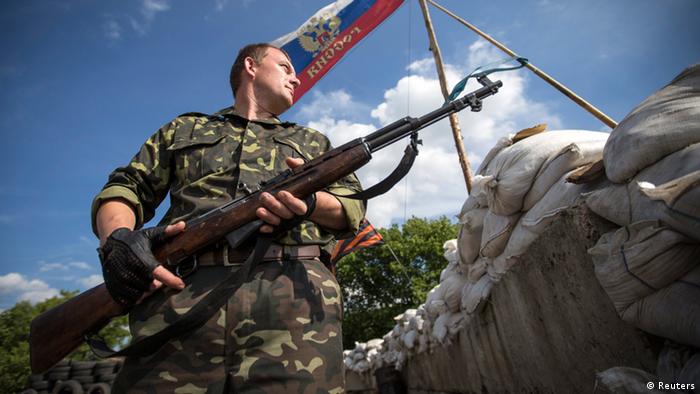 After speaking with the Russian and Ukrainian leaders jointly over the phone Wednesday, the German chancellor and French president said the Organisation for Security and Co-operation in Europe (OSCE) could help oversee a truce. They also called for the release of prisoners held by both sides.

Hollande and Merkel encouraged the Russian and Ukrainian presidents to "work together, especially in order to put in place a mechanism to oversee the truce," the French president's office announced.

Ahead of the call, German Foreign Minister Frank-Walter Steinmeier said Hollande and Merkel would seek a "clear statement" from Putin on how he assessed Tuesday's downing of a Ukrainian military helicopter by separatists in violation of a ceasefire. The resulting crash killed nine people.

"Detailed steps should also be announced on how the cooperation with Ukraine is envisioned," Steinmeier said Wednesday.

On Wednesday, US Secretary of State John Kerry also criticized Russia's involvement in the conflict. The United States has accused Putin of arming the separatists in Ukraine.

"We believe it is critical for President Putin to prove by his actions, not just his words, that he is indeed fully committed to peace," Kerry said. "It is critical for him to stop the flow of weapons and fighters across the border, to call publicly for the separatists to lay down their arms, to pull Russian forces and equipment back and to help get OSCE hostages released," he added.

'No signs' from Russia

On Wednesday, NATO Secretary-General Anders Fogh Rasmussen downplayed signs of compliance from Russia in recent days, insisting that Moscow had done little to support peace efforts in Ukraine. The comments were delivered ahead of a meeting of foreign ministers from NATO member states.

"I regret to say that we see no signs that Russia is respecting its international commitments," he said. "Today, we will review our relations with Russia and decide what to do next," Rasmussen added.

Since the unilateral ceasefire by Ukraine's military went into effect June 21, Putin has appeared to be more willing to offer his support to the government in Kyiv. The Russian leader urged the separatist rebels in Ukraine's east to engage in dialogue with the government and also said he would support implementing a peace plan.

On Wednesday, Russia's parliament also canceled a March 1 authorization that allowed Putin to deploy troops to Ukraine. The decision was made in response to his personal request. The Duma had asked Putin to stabilize the situation in Crimea, so far Ukraine's only region to successfully secede.