Fear and suspicion in Crimea

A planned referendum over Crimea's Ukrainian status has added to already high tensions on the Black Sea peninsula. One thing its three main ethnic groups all agree on is that they are puppets in a much bigger game. 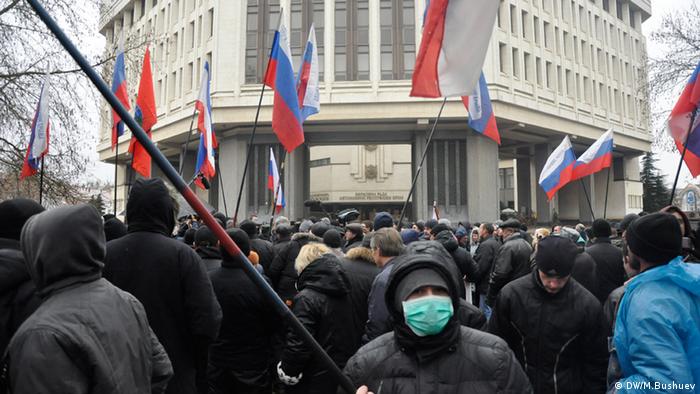 The similarities cannot be ignored. Just as Ukrainian parliamentarians in Kyiv are being guarded by the self-anointed "Protectors of the Euromaidan," so too the elected representatives of Crimea should make their decisions under extraordinary "protection." That, at least, was the view of the armed and uniformed members of the "Russian self-defense squads of Crimea" when they stormed the Crimean parliament and ministry building in the regional capital of Simferopol on Thursday (27.02.2014).

They were very pleased with the decision taken that day by members of the regional parliament to hold a referendum on the status of Crimea on May 25 - the day also earmarked for Ukrainian presidential elections.

Then, on Thursday night, armed men bearing Russian flags took over the key Crimean airports in Simferopol and Sevastopol.

Russians are in the majority in Crimea. Many of them speak of Kyiv's change of government as a Western conspiracy against the East.

They must now protect their "Russian civilization" from Ukrainian nationalism, said Alexei, a uniformed activist in his early 50s. He sees the Ukrainian right-wing "Pravy Sektor" (Right Sector) group, active at Kyiv's Independence Square, as a danger.

"They say they have to combat us Russians, and the Jews. Should we just stand back and let that happen?" he asked.

Many Russians on the square in front of the Crimean parliament are more worried about their rights and language than about anything else. Russian was only recently enshrined as a regional language - by the ousted Ukrainian President Viktor Yanukovych. 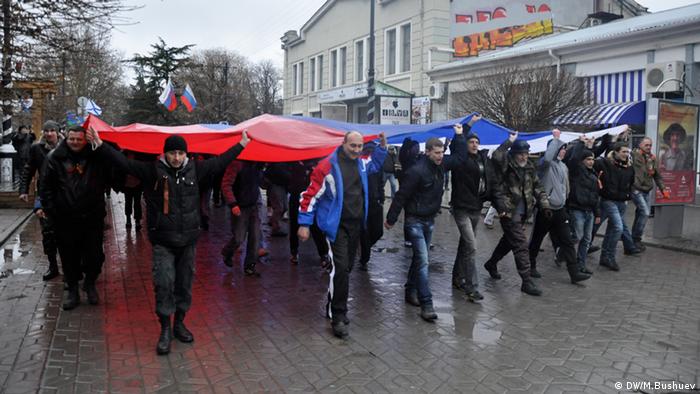 "I grew up in the Soviet Union. My language is Russian," said Dmitri, a man in his early 30s. He criticized the new parliamentary majority in Kyiv for revoking the language law. Nor is Dmitri convinced that there can be common ground with the new government in Kyiv.

"They're bringing nationalism and chaos here," he said. "They're trying to drive a wedge between people of different religions." What's happening in Crimea, he added, is a form of self defense. "It was all started by those three boneheads, Tyahnybok, Yatsenyuk and that boxer, Klitschko," he said, referencing the main opposition figures who now form the crux of Kyiv's new leadership.

Dmitri and Alexei are both in agreement that there has not been any local conflict with the Crimean Tatar ethnic group. However, televised brawls between Russians and Crimean Tatars in front of the Sevastopol parliamentary building on Thursday (27.02.2014) indicate otherwise.

Anecdotally, racism in Crimea seems to be widespread. A Russian taxi driver on his way to a hotel calls Crimean Tatars, whose roots are strongly Turkish, "brutes." They live off the backs of Russians, he adds. Another, a Russian woman who rents out lodgings, tells clients that Crimean Tatars are a people who can be "bought."

Previously deported to central Asia by Stalin, Crimean Tatars today constitute roughly 14 percent of the peninsula's population. According to Leyla Muslimova, a representative of a Crimean Tatar political group known as Mejlis, Tatars are the only truly indigenous people of the region.

As for a planned referendum over the status of the peninsula, her group regards it as a Russian plot. Mejlis has criticized Kyiv for saying nothing in response to a separatist drive by the Crimean parliament in Simferopol. 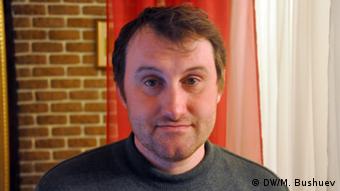 Crimean Tatars and Ukrainians, however, seem to understand one another. Unlike Russians, some of whom are calling openly for separatism, the two groups want the peninsula to remain a part of Ukraine.

In Crimea, Ukrainians are the minority. Many supported the protest movement in Kyiv. One of them is Andrei Shekun, who coordinated the "Euromaidan Crimea" movement. His group supported demonstrators in Kyiv from the beginning, and he regrets that pro-Russian groups continue to create hurdles for the protestors and for his own group.

"We've been called the traitors of Crimea. There were slanderous videos of us that were even shown in public buildings and on buses," he told DW.

Shekun believes the Russian population's fears that Kyiv might take away Crimea's autonomous status are unfounded. Moscow, he said, is behind the unrest in Crimea, with pro-Russian forces in Crimea allowing the Kremlin to exploit them.

In view of the unrest of the last few days, many in Crimea are afraid things could escalate into armed conflict. In Simferopol, though, most are remaining calm.

"I can't rule out a war, but not because of these protests," says a Russian-speaking lawyer named Ivan. "This is all just a smokescreen. It's really about huge military and economic interests." 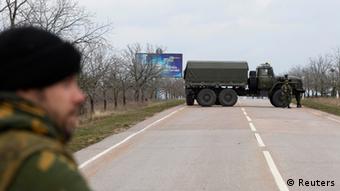 Another small business owner told DW not to worry. "There won't be a war or a secession," she said. Originally from Kyiv, she gazes towards the local airport, which is currently under occupation by unknown Russian-ethnic military personnel.

"Moscow, with these cheap KGB tricks, just wants to save its military base on the Black Sea," she said. "They took Crimea hostage so that Kyiv will stay a good boy."

The crisis in Ukraine could be the first international stage where Germany shows its new, self-confident foreign policy, John Kornblum, a former US ambassador to Germany, tells DW.

As pro-Russian and pro-Western protesters clash in the streets of the Crimean capital, Russia seems poised to intervene to show its influence in the region. But many of the tensions in Crimea are hardly new. (28.02.2014)

Alexandra von Nahmen on the situation in Simferopol